A History toward Happiness 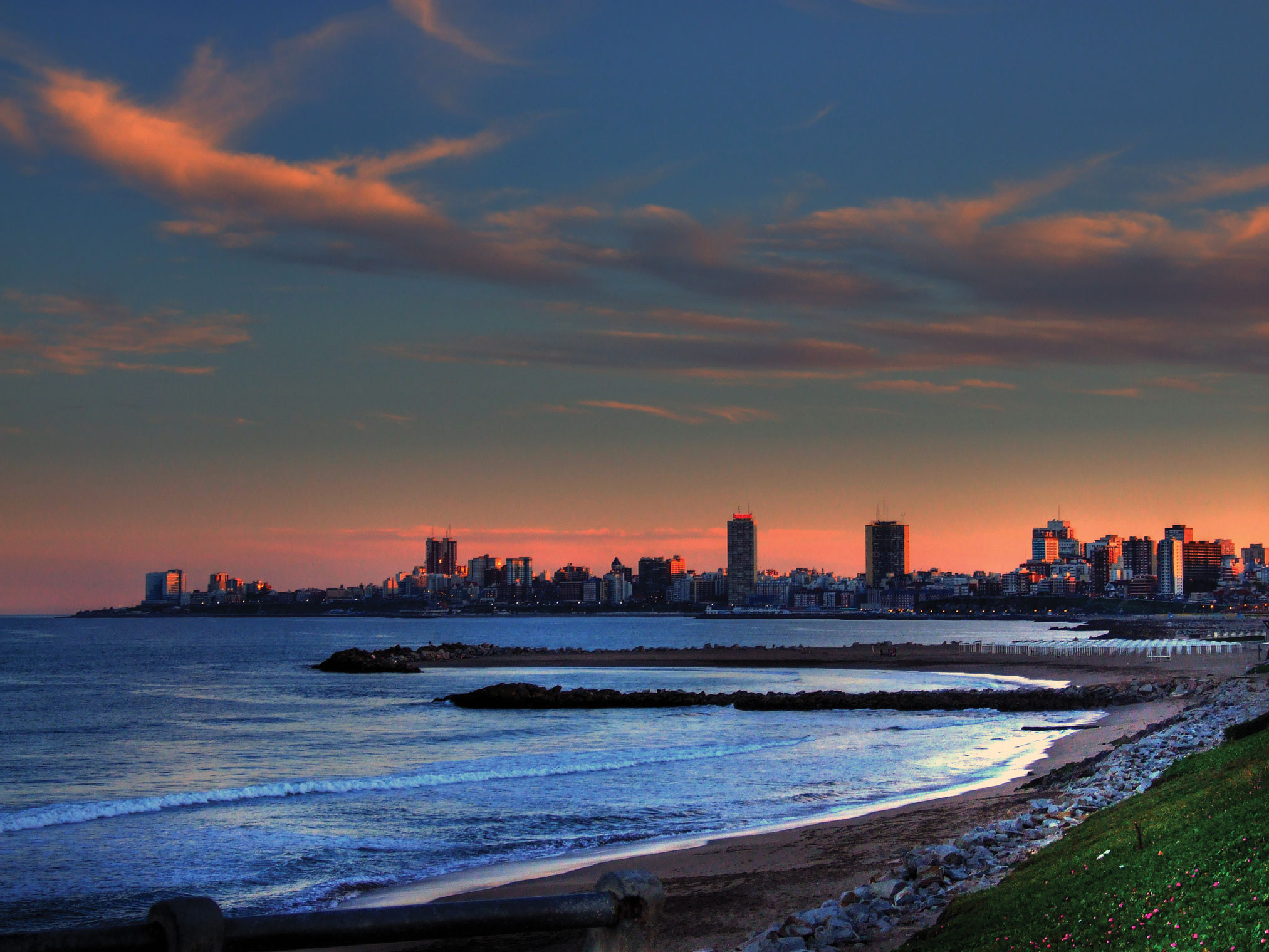 Despite its history of political turmoil and economic crises, Argentina shows that happiness exists and, as the people say, that happiness is embodied in Argentina’s beach-bordered city Mar del Plata.

Jaquelina Joglar was born and raised in Mar del Plata, Argentina, but for her, every day she sees the world with new eyes—eyes that glance to the past, marvel in the moment, and gaze toward Argentina’s future.

Argentina’s history, coupled with the sight and sound of the ocean waves hitting the city’s shores, provide travelers with an understanding of what makes Mar del Plata the Ciudad Feliz (Happy City).

But happy wasn’t always the word to describe the city.

A History of Unrest

When Argentina declared its independence from Spain in 1816, the country looked forward to a future of independent national prosperity. The military leaders were immortalized in the names of city plazas and streets. But since the nation’s claim to liberty, the Argentine people have struggled politically and economically to live up to their revolutionary dreams.

Though Argentina was officially established as a republic in 1943, dissatisfied army officers overthrew the government and established a military dictatorship, sparking a long series of military leaders and upheavals.

Since 1943, the country has been led by over 15 military dictators and elected presidents, many of whom have been forced from power by military coups and other political crises. Riots, strikes, and public demonstrations are documented each year in newspaper headlines and history books.

The years from 1975 to 1983 marked the Dirty War, a period that will never be forgotten in Argentina’s history. Tens of thousands of people disappeared, their bodies never found. Records reveal that one common punishment was to board citizens on a plane and then drop them in the middle of the Atlantic Ocean.

Jaquelina’s mother, Mónica Jaquelina Aves de Joglar, lived through much of this turmoil. “It was common for military or police groups to enter homes at night and take people captive who were considered revolutionary—many of them were never seen again,” says Mónica.

Tragic times in Argentina were widespread, even reaching Mónica’s hometown of Mar del Plata. One of these times came to be known as the Noche de los Lápices (Night of the Pencils), when the military kidnapped, tortured, raped, and murdered young students. Another was the Noche de las Corbatas (Night of the Ties), when the military kidnapped lawyers and their families. “It was an era of fear and much caution,” Mónica says.

The political and social turmoil caused an economic crisis—a crisis that remains today. A nearly collapsed economy, billions of dollars of debt, and an unquenchable unemployment rate all mark Argentina’s past.

While struggles still persist, daily life continues. For Jaquelina and her family, life is happy in Mar del Plata, but they don’t forget the past:“The history of Argentina forms part of each day because the people from history are named on the streets.” Names like San Martín, an Argentine general who fought for independence, are commonplace throughout Argentina’s provinces.

“Now, after everything that has happened—thanks to those important people—our country is a free and democratic country, with many faculties like free education and other benefits,” Jaquelina says. “I feel happy to be in a country like that, and that’s thanks to our history. More than anything, the history affects me now because it is a country with many opportunities for work and university study.”

Modern Argentina is not only a land of work and study opportunities but also home to one of the most tourist-friendly cities in the world.

“Mar del Plata, the city, revolves around tourism, so there’s an infinite number of places to visit and events to see,” Jaquelina says. “The city is surrounded by the sea—it’s purely beach—and there are plazas, theaters, and restaurants. So many things are available to do and to see that make Mar del Plata great for vacationing. For this reason, in Argentina my city is known as La Feliz or La Ciudad Feliz.”

Jaquelina adds that from April to July, Argentina’s fall season, “the city looks precious because in Mar del Plata, the plazas and city center are filled with trees and benches to sit down and enjoy the beautiful afternoons.”

Because of the area’s climate, there’s never snow and the beaches are always enjoyable. “In fall, winter, or whenever, tourists still go to the beach,” says Jaquelina.

Rob Mahi, a frequent world traveler, agrees. Rob traveled to Mar del Plata in February 2012, and during his visit, he spent a lot of time at the beach. Mar del Plata’s beaches offer fun during the day, while centro (downtown) offers entertainment at night. “It’s a safe, fun place,” Rob says. While he cautions that travelers should be careful, he says that “overall, the people are very friendly, as in most parts of Argentina, but especially in Mar del Plata.”

The beach isn’t the only thing that defines Mar del Plata. Eating is also a large part of the experience.

“The food in Mar del Plata is delicious,” says Jaquelina. Argentine bakeries scattered throughout the world prove her point. Panchos, milanesas, empanadas, facturas, medialunas—the food is unique and delightful. While visiting Mar del Plata, travelers don’t ever pass up the alfajores (chocolate pastries) or the traditional drink mate either.

When any treats remain, travelers share them with the sea lions. Sea lions, ranging in size from 7 to 10 feet long, are frequently seen throughout the various beaches.

“They walk wherever they want, with people passing by around them,” says Jaquelina. Their prevalence along the port and beaches makes the animal a symbol for the city. In fact, two giant sea lion statues were constructed to adorn the city center.

Mar del Plata’s port is another element that contributes to the cultural aspect of the city. Events and activities coincide with the port and the work done there. The port is well known, and the city’s bright orange boats can be spotted from anywhere along the shore.

Mar del Plata for Everyone

Jaquelina, like all those who visit Mar del Plata, enjoys the city because there are always fun things to do, whether it be plays, movies, or other entertaining attractions. Mónica adds, “It’s a city for all ages to enjoy—and it’s an incredible and unique experience to see the sun rise above the Atlantic Ocean.”

With the struggles that defined much of Argentina’s history, Mar del Plata, or the Ciudad Feliz, is a showcase of the beauty and enjoyment of traveling in Argentina.

In Mar del Plata, tourists visit during every season of the year. Even though Jaquelina isn’t a tourist, she still appreciates the beauty of the city.

“When I walk down the escollera [a jetty made of rocks that extends into the ocean], I can see the whole sea. It gets me thinking about the marvels of the ocean and everything. It’s like it’s the only place in the city where I find peace,” she says.

Jaquelina, like many others, needs that peace. People preoccupied with work, school, and everyday life find peace in Mar del Plata. Even with the busy crowds, the city’s coastlines and centro offer travelers a break from life, inviting them to experience the culture and peace that Argentina can offer.