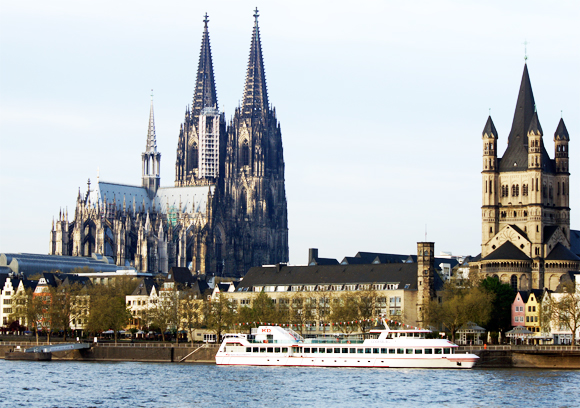 Are you looking for a new way to explore new places? Whether viewing historical Irish sites on the Viking-styled ship Athlone or vacationing aboard a modern Viking River Cruise ship while traveling through China, travelers agree that river cruises provide a unique and fun way to explore historical inland towns.

Michael McDonnell, or “Viking Mike,” has been operating as a captain and tour guide of a portion of the River Shannon around Westmeath, Ireland, for 16 years. “I was living in Athlone [Ireland] for two years and recognized that tourism and the river and lake were a great asset to the town but were underutilized. I always had an interest in history, geography, and the environment at school, so it was a perfect fit.” McDonnell takes the opportunity to educate guests about the rich Viking history of the area. Infamous Viking warrior Turgesius charged his longships up the River Shannon to invade Clonmacnois in 842 AD. In 936 AD, another Viking king set up base on Lough Ree and plundered the countryside. 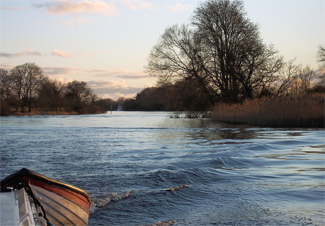 Each day, McDonnell sets forth from the Quay at Athlone Castle for a 45-minute ride up to Lough Ree, the “Lake of the Kings,” with a stop at the historic monastery of Clonmacnois. Tours cost $20 per adult and $6.50 per child—a bargain for a unique look at Viking history in Ireland.

But river rides are not all about actual Vikings. Viking River Cruises is Viking in name only; rather than focusing on sites of Viking significance, it offers 26 tours across Europe, China, Russia, and Egypt. These river cruises allow passengers to explore the history and culture of many countries without the hassle and the crowds that come with ocean cruises.

Randy Wade, who experienced a river voyage around Europe with his wife, Kathy, says, “We’ve enjoyed all the cruises we’ve gone on, but [the Viking River Cruise] was just phenomenal.” The Wades say that river tours are less crowded than the ocean ships they have sailed on, with about 180 people per ship instead of 1,500 to 3,000. The tours also cost less because they omit some luxuries, such as spas and all-night buffets. “People go on these [cruises] for the scenery, for the cities, for the towns,” says Kathy.

And Viking River Cruises do allow patrons plenty time to explore and experience history along the river. As Kathy says, “In Europe, they had to build by the river in order to get their goods from point A to point B. A lot of their old towns—which I loved—are right there by the river. It’s really fun. You could go out after dinner and walk the streets—be with the people.”

Viking River Cruises start at $1,356 for eight days in Paris, France, and range up to $8,167 for twenty-three days traveling from Amsterdam, Netherlands, to Bucharest, Romania. Annual offers for buy-one-get-one-free airfare also draw many travelers.

In short, Viking river tours—whether Viking in name or in subject—offer unique cultural and historical experiences unavailable via other modes of travel.