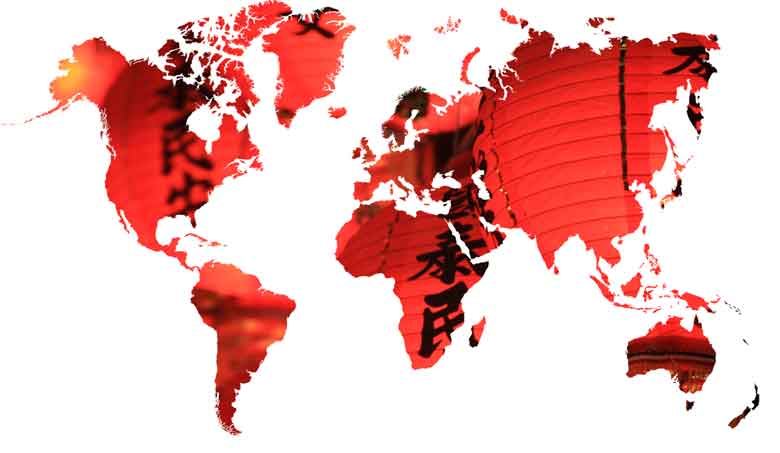 Chinese New Year, a holiday steeped in folklore and tradition, originated from an ancient Chinese legend. As the story goes, the beginning of each New Year brought the Nian, a terrible beast that preyed on livestock and villagers alike. After much suffering, the villagers discovered that the Nian feared loud noises and the color red, so on the first day of the New Year, they lit firecrackers and red lanterns, and hung red paper throughout their village. From that day on, the Nian never plagued the villagers again.

To this day, red lanterns line the streets of China and fireworks light the night sky every New Year as people celebrate the triumph over the terrible Nian. Friends and family greet each other with traditional adages, such as “Kung hei fat choy,” which literally means, “Congratulations, make money” or “May you always be prosperous.” These celebratory conventions, however, have been supplemented with newer, unique traditions as people around the world put their own twist on Chinese New Year.

As the Chinese are gathering around the dinner table to celebrate the New Year, the Scots are celebrating the birth of the heralded Scottish poet Robert Burns with a traditional Scottish supper.  These two distinctive cultures blend together in Vancouver, giving birth to this city’s own unique holiday: Gung Haggis Fat Choy. Instigated by Chinese-Canadian Todd Wong (known by his friends as Toddish McWong), this immensely popular event includes the customary Scottish feast and show with a Chinese twist: haggis spring rolls and kilted lion dancers are distinguishing features at this event.

San Francisco is home to the largest Chinese New Year parade outside of the Asian continent. But in addition to this stunning display, viewers can attend the annual Ms. Chinatown Pageant. Girls of Chinese descent from around the nation compete for the privilege of being ambassadors for the Chinese community throughout the coming new year. Participants blend traditional Chinese and American folk dances and music for a night of multicultural celebration.

During the Chinese New Year, London takes on an oriental feel as many of its world-renowned landmarks are transformed in honor of the holiday. Trafalgar Square is home to a dazzling stage show, while Madame Tussauds Wax Museum lights up London with statues of Chinese stars like Jackie Chan. But the city’s brightest sight might be the London Eye, the famed Ferris wheel, which towers 443 feet (135 meters) above the River Thames. During the Chinese New Year it is decked in red and gold lights, colors that traditionally symbolize joy and prosperity.

No Chinese New Year celebration would be complete without the vibrant and raucous lion dance. Traditionally, the loud drums and deafening cymbals were used to chase away evil spirits. The S.E.A. Aquarium in Sentosa, Singapore, has put an aquatic spin on this ancient tradition—a team of divers dazzle spectators with graceful underwater lion dances.

The Chinese word for break dancing is 霹靂舞 pīlìwu, literally meaning “thunder dancing.” During the Chinese New Year, thunder strikes Sydney in the form of Compartmentalized, a break dance group composed of some of the best dancers from Australia and China. Dancing is an essential aspect of Chinese celebrations, but   augments tradition with its own unique flair. In Sydney’s Stalker Theatre, these dancers celebrate through their inventive movements and a high-energy atmosphere.