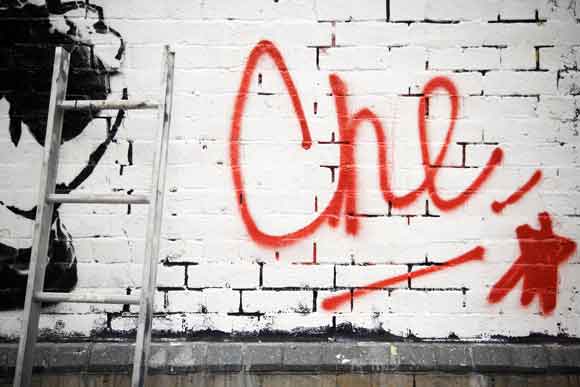 One January morning in 1952, Ernesto “Che” Guevara revved up his motorcycle and embarked on a sociopolitical journey into the Argentine countryside. Guevara was searching for an answer to a profound question: Where in this world does South America stand sociologically? Guevara traveled 8,000 kilometers (5,000 miles) in search of his answer­―an answer that led him to becoming one of South America’s most infamous Marxist revolutionaries.

As a 25-year-old medical student, Guevara became consumed with the idea of elevating South America to become a world superpower. He began his cross-continental motorcycle journey determined to shape South America’s politics through a widespread revolution, which in turn shaped the culture of many of the towns where Guevara stopped along the way.

Guevara took time in each town he passed to research and serve the people in order to familiarize himself with South America’s socioeconomic depression. Alberto Granado, Guevara’s riding companion and medical colleague, observed that “Che was saying goodbye to institutional medicine and becoming a doctor of the people.”

Even though Guevara’s life ended abruptly, he was able to positively influence the South American towns he visited during his journey. Guevara inspired the lives of hundreds of struggling Latinos by providing them with hope for a brighter future. This bright future became a reality for many of the towns and villages affected by Guevara’s compassion.

Before leaving his home country, Guevara visited his girlfriend Chichina in Miramar, Argentina, where she was attending college. Guevara asked Chinchina to wait for him while he ventured throughout South America, but she refused to wait, breaking Guevara’s heart. Guevara realized that his adventure through South America would distract him from his lost love and he continued onward. 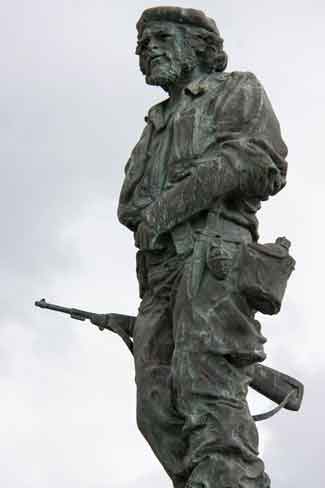 This memorial stands outside the Che Guevara Mausoleum in Cuba. Photo by Derek Law. cc

Today, Miramar is viewed as one of the most romantic cities in Argentina. It sits on the Pacific coastline where couples can order exquisite Argentine seafood dishes while watching the sunset. Unlike Guevara, today’s couples travel to Miramar to stay in love by enjoying expensive retreats and elegant hotels. Miramar is the ideal location for long walks along the beach or along cliff-edged coastlines. Many tourists also enjoy backpacking, hiking, surfing, and horseback riding in areas near Miramar.

Later on in their journey, Guevara and Granado stumbled upon the world’s largest copper mine in Chuquicamata, Chile. Chuquicamata still serves as the world’s largest copper mine at 4.3 kilometers long, 3 kilometers wide, and 1 kilometer deep. The copper, silver, and other minerals found in the Chuquicamata mine account for almost a third of Chile’s foreign trade. Apart from its economic benefit, the mine serves as an artistic landmark for tourists to visit. Excavations in the barren desert have formed an enormous crater with giant stone stairs from top to bottom. Guides give daily tours of the mine so people can experience firsthand the massive size of the quarry and the intricate process of copper mining.

When Guevara arrived in San Pablo, Peru, it was a quarantined leper colony on the outskirts of the Amazon jungle. Guevara and Granado stopped to serve the villagers with their expertise in modern medicine. They introduced the leper colony to the most advanced methods of caring for and preventing leprosy. In addition to their medical service, Guevara and Granado spent their days playing soccer, hiking in the mountains, and attending ceremonial dinners with the locals. When Guevara departed from San Pablo, the people wept and threw him a farewell celebration to thank him for his efforts to cure their condition. 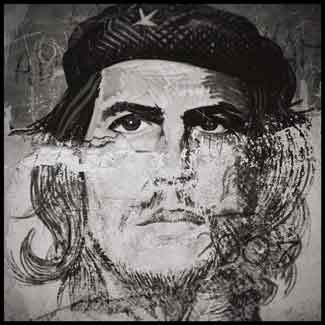 Che’s infamous portrait is recognized all across South America. cc

Today, San Pablo is a small county in the much larger city of Cajamarca, Peru. The villagers have built museums dedicated to Guevara’s efforts to prevent the spread of leprosy in San Pablo. In addition to visiting the museums, tourists can hike the Amazonian pathways where Guevara trekked with the lepers. The hikes take tourists to through cascading falls and to the top of mountain peaks where they can look down on the magnificent Amazon jungle.

Guevara accomplished his political goals, but perhaps more importantly, he introduced the world to an amazing romantic getaway, a record-breaking copper mine, and a humble Amazonian village. The people of these quaint villages—now larger cities—credit their modern success to Ernesto “Che” Guevara. While his motorcycle tracks might not be visible today, tourists who visit these towns can learn about Guevara’s lasting positive influence.