On the Wings of Eagle Condor Humanitarian 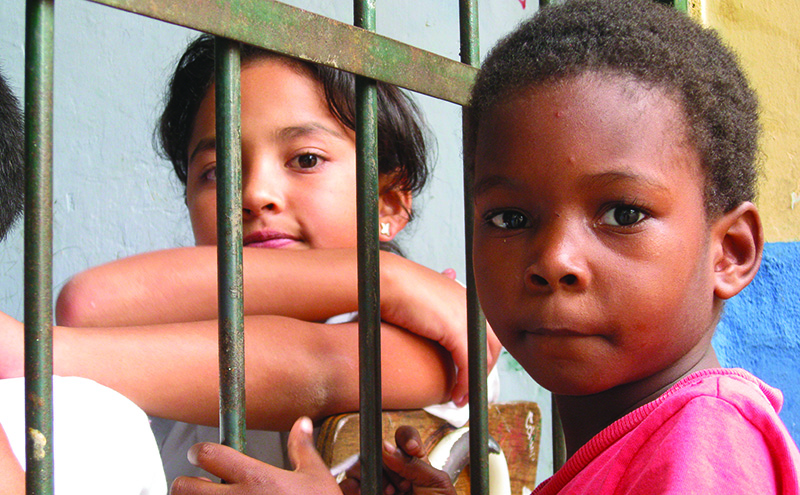 “The best parts by far were the relationships we were able to form,” says Mary Baum, who recently served in Colombia with Eagle Condor Humanitarian. “A part of my heart will always be in Colombia with the people there.”

Eagle Condor’s mission is described in an ancient South American prophecy: The people of the condor and the people of the eagle were once one people. After a long separation, the eagle will come to assist the periled condor, so they both can soar through the sky together, wing tip to wing tip.

This inspiring prophecy and the Chakana—an Incan cross symbolizing bridges between heaven, earth, and the underworld (used in the Eagle Condor logo)—represent the vision of  Eagle Condor Humanitarian: to bridge cultures through meaningful, barrier-breaking service.

Opportunities for education is not something that all Colombians receive

At Eagle Condor, volunteers reach out to local humanitarian groups in communities that struggle with poverty in Colombia, Peru, and Ecuador and that would otherwise lack the resources or personnel necessary to achieve long-term, sustainable change. Together with these local humanitarian groups, Eagle Condor is helping improve living conditions. The organization looks beyond quick fixes; the group’s stated goal is to bridge “cultures to empower children and families by providing opportunities for self-reliance.” In other words, this organization helps people find long-lasting solutions to current distresses.

Many of the founding members of Eagle Condor have lived in countries with large impoverished populations.  Upon returning to their comfortable lives in the United States, they have felt the need to do something to help individuals in those nations.

For example, while living in Chile for two years, Chris Jensen realized that there was a great need for service and education to lift the hopes of those around him. Upon returning home, he decided to find a way to reach out to people living in countries with disparaging differences between the working class and the excluded poor. Now Jensen serves as a project director for Eagle Condor Humanitarian.

The focus of Eagle Condor, he says, is not to westernize communities but to empower families and communities to hope and work for what the local population defines as a “better life.” Jensen has worked with local humanitarian groups to give them a boost in volunteer workers, funds, and materials, so these local groups can continue the important work they are already doing.

For example, a local organization called “Semillas de Amor” (Seeds of Love) reaches out to people who have been affected by displacement. They have held domestic-violence workshops for mothers and a nutrition program for local youth, feeding up to 100 children each day. Their resources, however, are quickly exhausted, so Eagle Condor helps to bridge that gap.

Many children have benefitted from the efforts of Eagle Condor Humanitarian

Interns serve for three to six months, during which time they live with a local family, assist in the expeditions, and otherwise help with local needs. Volunteers such as Jensen and Baum help on expeditions that typically last 10-14 days, working on local infrastructure, providing workshops, or helping with other local partners.

In many cases, these volunteers and interns have life-changing experiences. “The love that the people in Colombia shared with me impacted me in a permanent way,” says Baum. “Uris Segovia, the mother who started Semillas de Amor, is an inspiration. She grew up in the poor refugee neighborhood that we worked in. After she made it out of the area, she decided to start a foundation to help those who could not leave.”

When asked why he served in a foreign country, Jensen says, “Although we can have multicultural experiences in our native country, you get these cultural experiences in a more raw form when you go abroad.” For volunteers looking simply to “wipe a tear off a child’s cheek” as a photo op, he says, these raw experiences may not be what they want. But for those who want to make a lasting change in the world. Eagle Condor is a great organization to help them achieve that goal.

“The whole experience was beautiful,” explains Baum. “It was wonderful to serve and to meet those people. I feel like I was able to help a little bit, but I was—and continue to be—the main beneficiary of the whole experience.”

In recent years, safety has greatly improved in Colombia. But many people still associate Colombia with things like drug trades and kidnappings. During the worst years of the conflict, Colombians were largely left to fend for themselves because of the dangerous conflicts in their nation. Even after major changes have improved security in Colombia, people still seem to hesitate to offer outside help to Colombians.

However, while some conflicts remain, President Álvaro Uribe, who served as president of Colombia (2002–2010), was a catalyst for improving the security of the nation. He cracked down on drug trade, removed key individuals from power, and caused leadership within drug cartels to begin to crumble.

Juan Manuel Santos, Uribe’s successor and the current president of Colombia, has continued these efforts. While the rural areas and borders of Colombia occasionally still experience those problems, visitors just need to take standard precautionary measures, as in most countries.

The US State Department has updated Colombia’s status on its list of country travel warnings to reflect these improvements: “Tens of thousands of US citizens safely visit Colombia each year for tourism, business, university studies, and volunteer work. Security in Colombia has improved significantly in recent years, including in tourist and business travel destinations such as Bogota and Cartagena.”

Cartagena, Colombia, is overflowing with culture and history waiting to be discovered

Because of improvements in security, airlines now have direct flights to Cartagena from New York, Miami, and Panama, and Caribbean cruise liners often stop in this beautiful port city.