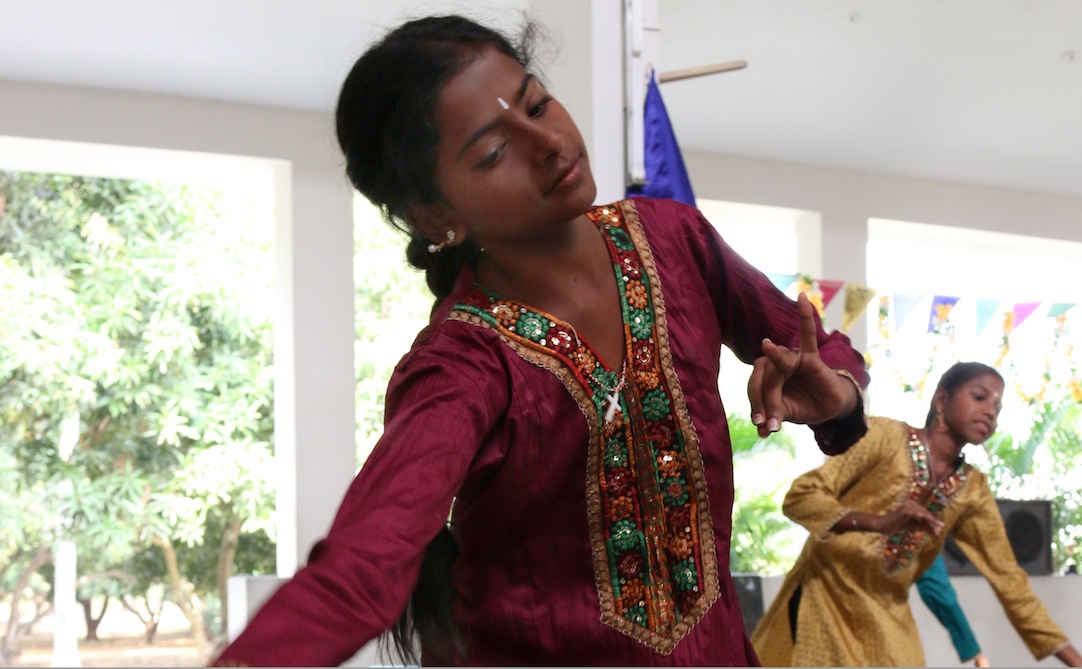 In Greek mythology, Prometheus is credited with bringing fire to humanity, an act that enabled the bursting forth of civilization. Today, Promethean Spark is spreading fire in the lives of youth from slums, orphanages, drug rehab centers, prisons, and leprosy colonies in South America, Africa, and India.

Culture is enriched when members of society are able to lead stable and enriched lives, and Promethean Spark is working hard so that youth who may never get to see the inside of a classroom will still learn the life skills necessary to succeed. The mission of Promethean Spark is “to teach essential life skills through training in the performing arts to impoverished youth worldwide; breaking the cycle of poverty by inspiring change from within.”

Shaun Parry, founder and president, explains this process: “We teach these skills through their bodies while they are sweating, while they’re pushing themselves and they’re sore and they say, ‘I can’t, I can’t’ and you say, ‘You’re right you can’t, but if you keep pushing and you do it every day, one day you will.’”

Dance is an important part of many cultures and has been passed down in traditional form with exciting costumes, signature moves, and years of history and stories behind it. Parry explains that the same discipline involved in learning math, science, reading, and writing is also important for dancing. “Through the years, I learned a lot through the arts and dancing,” he says. “It was always very symbolic and metaphorical to me.”

The youth involved in Promethean Spark are taught a mixture of modern dance and traditional dances from their country. But even more important, they are learning about life while they learn to dance. Katie Winder, a dance instructor working in India, wrote the following on her blog, “Thousands of Tiny Miracles”: “It was wonderful hearing them share what they had learned in both classes and then watching them perform the exercises that enforced these concepts. Some of the concepts we focused on this summer in the dance classes include respect, kindness, leadership, courage, cleanliness, dedication, teamwork, and never giving up.”

One of Promethean Spark’s greatest successes is a troupe of dancers from leprosy colonies currently studying at Rising Star Outreach in India. They have named their group Life Dance. This group has become successful enough to perform for thousands of people in several cities across southern India, expressing their ability to rise from their circumstances to be leaders in their society.

Parry explains that “for the first time in history, we took youth from leprosy colonies, walked them into a luxury hotel, put them on the stage in front of paparazzi, business people, and the media, and they performed. Since that day, they have performed for over 10,000 people. Every person in the audience watches people straight from leprosy colonies doing things that they themselves could not do, and their minds are changed. If we could get that message to millions of people, we have the potential of eradicating leprosy.”

Gracie, the first president of the Life Dance troupe, says in the video Gracie Learns to Dance, “[Dancing] encourages me. When I was a small kid, I decided, ‘You ought to be helping others, so I think it’s good work.’” She has learned valuable skills about determination, coming from one of the leprosy colonies herself and rising to be a representative of the worth of people who have been afflicted with leprosy. “Always try more, more, more,” she says, “and if you want something, don’t give up. Try more and more.”

Promethean Spark lights fires in the souls of children who many dismiss. “This is the way that humans have to grow. Sacrifice, discipline, and you grow,” says Parry. Prometheus taught the world about fire, and Promethean Spark is lighting the world on fire with its message of empowerment through dance.

To learn more about the work that Promethean Spark is doing, to find ways that you can volunteer or donate, or to see videos of performances, visit the organization’s website.