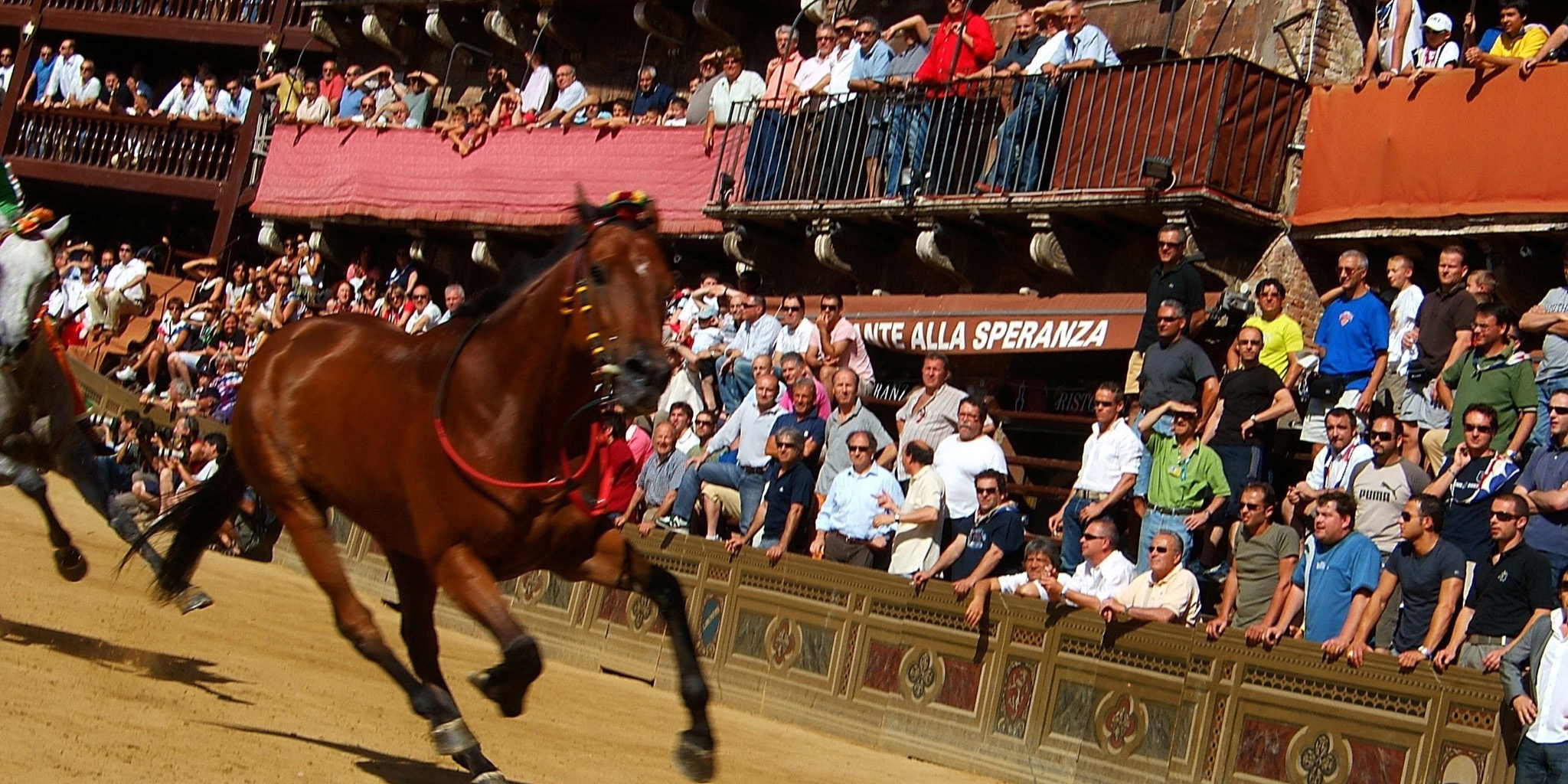 No, a war is not about to start. It’s just the practice sessions of the young drummers, dressed in the colors of their districts (and no, it’s not The Hunger Games), trying to bring them honor.

A couple of weeks later, during the drawing of the remaining districts that will compete in the first race of the summer, you watch the Piazza del Campo (Siena’s town square) fill with people. With their district’s colors wrapped around their shoulders, the spectators watch, wait, and hope for their flag to appear outside the window where the drawing takes place.

A trumpet sounds and a flag emerges. The square erupts and several men wearing the same colors start climbing the walls of the tower. They climb towards the flag that symbolizes the celebration of the honor their district hopes to receive in the race.

These are common scenes in the city of Siena, an ancient city in the ​middle of Tuscany, Italy. The drummers, the climbers, and​ thousands like them throughout the town are preparing for the momentous race that occurs twice every summer.

In Siena, the horse race called Il Palio takes place every year on July 2 and again on August 16. Ten of the 17 contrade (districts) compete, and the winner gains the high honor of being Palio champion.

Siena’s entire year revolves around these races. Young drummers prepare and practice their rhythms, flag bearers rehearse all around the city, and the leaders of each contrada barter throughout the year to get the best jockeys and, more importantly, the best horses.

The 17 districts are age-old geographical separations of the city that were originally used for military purposes. But now they act as the heart and soul of the community. Fellow members of a district are fiercely loyal to one another, and they work together to keep their area of the city and its residents safe.

The passion and patriotism that the Sienese feel for their districts is palpable in all of the events that lead up to Il Palio, which, in reality, lasts only about 75 seconds. Before, during, and after the race, the contrade are truly the lifeblood of the city of Siena and the race. They make Siena unique, and they bring people of all ages together.