Celebrate Independence Around the World 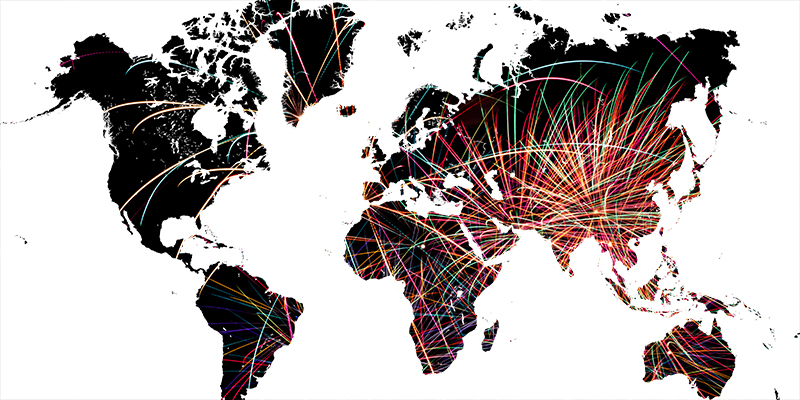 Every July 4, the United States celebrates its independence with barbecues, fireworks, games, and parades. Here’s a look at other independence days around the world.

August 6
Jamaica’s independence day is celebrated to commemorate historic battles and fallen heroes. And it also celebrates family, friends, and the natural beauties and bounties of the island. Locals celebrate this day by wearing black, green, and yellow (the colors of the Jamaican flag) and by enjoying parades, traditional dances, and Jamaican cuisine. Some Jamaicans choose to spend an entire week partying, while others choose to spend the time off relaxing with family.
jis.gov.jm/ja50/v2

September 16
Mexico celebrates its independence from Spain by commemorating the beginning rather than the end of its 11-year war with Spain (1810–1821). The night before Mexican Independence Day, the president of Mexico leads El Grito, a shout based on El Grito de Dolores, which began Mexico’s War of Independence. The president shouts lines referring to famous patriots and cities of Mexico, and the crowd answers by yelling “¡Viva!” after each line. This event is televised in cities throughout the country. The following day there are parades, patriotic programs, concerts, and family gatherings with traditional foods.
latinamericanhistory.about.com/od/independenceinmexico/

Celebrations in Brazil are never boring and always colorful.

September 7
This day commemorates Brazil’s official declaration of independence from Portugal after more than 300 years of Portuguese rule (ending in 1808). The biggest event of Brazil’s independence day is hosted in Brasilia by the president with a presentation of fireworks and a large military parade for an audience of around 30,000 people. Cities and towns throughout Brazil have their own parades, fireworks, popcorn carts, and general joviality. Many cities around the world also celebrate Brazil Day: Manhattan’s annual Brazil Day street festival is one of the biggest celebrations in the city. These festivals are celebrated with samba dancing and delicious Brazilian cuisine.
riotimesonline.com/brazil-news/rio-entertainment/brazil-celebrates-sete-de-setembro

July 10
The Bahamas gained independence from Great Britain in 1973. People in The Bahamas begin celebrating the day up to one week ahead of the actual holiday. Concerts, vibrant fireworks displays, and traditional Junkanoo (parades with extravagant clothing) are commonplace. Among these parades is the Bohemian Tattoo, a military parade honoring soldiers. During the parade, soldiers perform precision military maneuvers in front of huge crowds. Each island comes alive with celebrations to honor its independence.
chiff.com/home_life/holiday/bahama-indep.htm

Brussels has many murals throughout the city, luckily this one has the perfect colors for a shot with Belgium’s flag.

July 21
Belgium celebrates its independence from the Netherlands (1831) with a variety of family-friendly activities. The center of the festivities is Brussels, where free games and attractions are set up in Warandepark, the central park. There are also military parades on the street that runs along the south end of the park. Many museums and theaters in Brussels also hold special events. Independence day in Belgium is a time to spend with family and away from work and everyday worries.
youtube.com/watch?v=fVd_Aq3qheM
www.brussels.be/artdet.cfm?id=4843&agendaid=680

Many Indians outside of India also celebrate Independence Day, this woman is participating in a parade in California.

India’s fight for independence surged after WWII, when India realized that Great Britain no longer had the means to hold the nation in its grasp. India’s prime minister gives a speech the night before each independence day, and flags are hoisted ceremoniously over many houses and public buildings. Most Indians spend the day at home with family or at a restaurant or park. Colorful kites line the sky as many Indians choose to show India’s free spirit by flying kites.
festivals.indobase.com/indian-independence-day