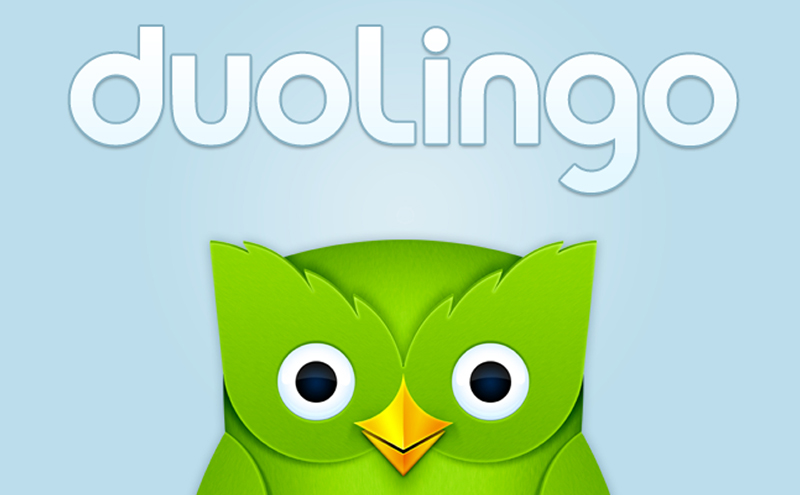 Imagine this: you’ve finally purchased your plane ticket to Vienna, Austria, and you’re leaving on your dream trip in a few months. But before you go, you want to learn a little bit of the language to help you get around.

There are a lot of great resources out there, but you’ve got a limited budget.

What if there were a way to learn a language for free and to help other people while you’re at it?

The game asks you to translate between languages.

There’s a way to do both with Duolingo, a beautifully designed language-learning app that allows you to provide service as you master a new language. Duolingo was created with two goals in mind: to help users practice new languages and to translate the web.

The app asks you to translate sentences to practice the language. You’ll start off with simple sentences, like “I am a woman” (Ich bin eine Frau). As you advance in your language-learning process, the app will start giving you sentences that are taken directly from the Internet. As you and other users translate sentences, Duolingo provides these translations to foreign-language web users.

The app is fast-paced, interesting, and helpful. And it’s a part of a huge project to translate the web. You’ll be speaking in no time, and you’ll have the added satisfaction of helping a massive worldwide translation project.

Here are a few tips to get you started:

1. You can tap a word for the translation. The app will also pronounce the word for you. Within the first lesson, you write, read, speak, and listen. These four foundations will get you involved with the language immediately.

2. The app tracks your progress, including how many words you’ve learned and how many days you’ve used it. It also allows you to compete with friends.

3. It’s set up like a game. You’re in it to win it—try to complete a lesson without losing any hearts!