Starfish Foster Home Changes Lives One Child at a Time 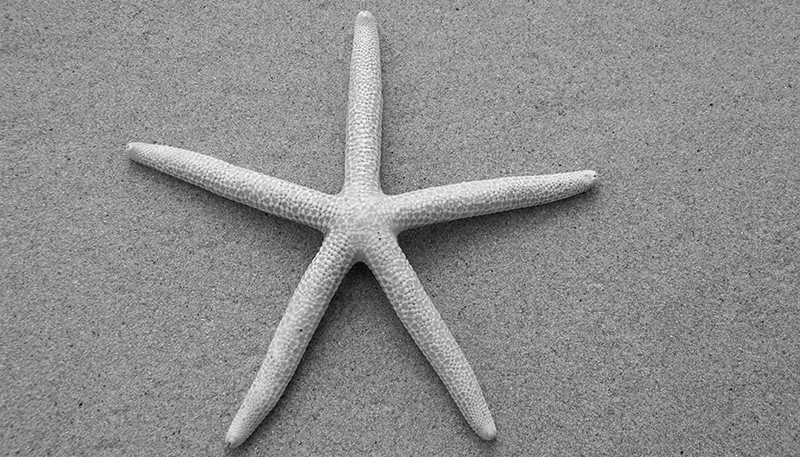 “But young lady, do you not realize that there are miles and miles of beach and starfish all along it? You cannot possibly make a difference.” The young woman listened, paused and then bent down, picked up another starfish and threw it into the sea, saying, “It made a difference for that one.” —Loren Eiseley

In 2009, Patrick and Cindy McLaughlin had just sold a business and were traveling around the world. They wanted to make a lasting contribution and bring home a few memories along the way. But there was one thing the McLaughlins never expected to bring home with them: a baby girl.

It was by chance that the couple found themselves at a little-known foster home called Starfish in Xi’an, China. The foster home was run by Amanda de Lange, a six-foot-tall woman with long, thick, graying hair, a contagious giggle, and a passion unlike any the McLaughlins had ever seen. Upon getting to know Amanda and her cause, both Linda and Patrick were compelled to help her with her quest to save orphaned children, and they became frequent volunteers as well as board members of Starfish Foster Home.

Amanda, a native of South Africa, had attended school at Brigham Young University. She later moved to Taiwan, where she taught English for seven years. Amanda then relocated to Xi’an, China, where she felt impressed to start her own foster home for special-needs orphans. Just a few short months later, in 2005, she brought home six babies—and Starfish Foster Home was born. In collaboration with local orphanages, Amanda took in sick babies, nursed them back to health, raised funds to pay for their medical care, and eventually found families for them.

It was only through Amanda’s fierce love, dedication, and passion—as well as selfless service from individuals like the McLaughlins—that Starfish has fostered more than 100 babies, overseen 80 adoptions, and performed nearly 250 surgeries on children suffering from various diseases and birth defects. The McLaughlins’ daughter, Norma, was one of those babies, and four years later she is thriving in her new home. “You wouldn’t even know that she had a serious defect,” says Patrick. “She is a great kid.”

In January 2012, Patrick received a phone call from a hospital in China. “That was the first I’d even heard that Amanda thought she had cancer,” he says.

“It was just terrible. It was our worst nightmare,” Cindy says. “Amanda was the kind of person who never looked after herself. She always looked after the children first. She would always say, ‘I’m like a weed—nothing is going to happen to me!’”

But six months after her diagnosis, Amanda went into diabetic shock and passed away, leaving her babies, volunteers, and four grief-stricken board members wondering how they would keep alive the organization she had created.

Unfortunately, Amanda’s passing was not the only trial the Starfish community would have to endure. According to Starfish Foster Home board member Deborah Coffey, seven children were killed in a fire in a Chinese foster home unrelated to Starfish soon after Amanda’s death. As a result, the Chinese government made stricter rules on foster homes and, devastatingly, sent most of the Starfish babies to local orphanages. The Starfish volunteers and board members were heartbroken. But working with the Chinese government to adapt to their changing rules, the board members developed a better business model and ultimately kept Amanda’s legacy alive.

“Very few people in my life, after they have died, continue to be a part of my daily thinking,” Patrick says. “The inspiration Amanda has given me is that she has helped a stubborn 51-year-old guy continue to fight the good fight on behalf of the kids.” Patrick admits, however, that keeping up with Amanda’s energy will continue to be a challenge. “We will never match her passion,” he says. “There aren’t many Amandas walking the face of the earth.”

Thanks to hard work, tireless nights, and sheer determination, Starfish Foster Home is nearly back on its feet. The members of the board, including the McLaughlins, have visited China countless times; as they rebuild the orphanage’s business model, they are able to comply with China’s standards. Coffey says that, instead of being one large home, the new Starfish will likely be a collection of apartments that house up to six babies at a time.

Foster children laugh and play in the halls of Starfish Foster Home in Xi’an, China.

“We are keeping Amanda’s mission and values in the forefront,” Coffey says. “It’s going to have to be a little bit different now, but you move forward with that because the most important thing is the babies.”

Starfish is also working on securing a location for their new home. As long as they take it day-by-day, Patrick says, there are great things on the horizon. “We have survived the past two years, which is the main thing,” he explains. “We are about to open up and blossom into something new, but we are going to take baby steps first.”

No matter the business plans or trials in the past, the priority at Starfish has been and always will be the welfare of the children—those who will become or have already become witnesses that one person can make a difference and that one child still matters.

How do I volunteer?

Starfish is always in need of volunteers to help keep Amanda’s cause alive and to ensure that their babies always have loving companionship. Visit www.starfishfosterhome.org/ to learn how you can help volunteer.

What do volunteers do?

Volunteering at Starfish Foster Home, located in Xi’an, China, would give you the opportunity to serve in many different ways, including holding, feeding, playing with, entertaining, and teaching the babies. You may also be asked to help with their health and physical development. Other tasks include administrative work, helping with maintenance around the home, painting, doing interior design, and cleaning.

What can you expect?

Starfish will be able to accommodate all volunteers in dorm rooms for $9 each night (which includes a Chinese lunch). Other amenities are also available courtesy of the foster home. The minimum stay is five working days, and volunteers are required to work at least five hours each day. In your spare time, you can visit plenty of historical sites near Starfish, such as the famous Terra Cotta Warriors.

What will I need?

A tourist visa, health insurance, and a round-trip plane ticket. For a more extensive list of items, visit www.starfishfosterhome.org and download the Volunteer Handbook.