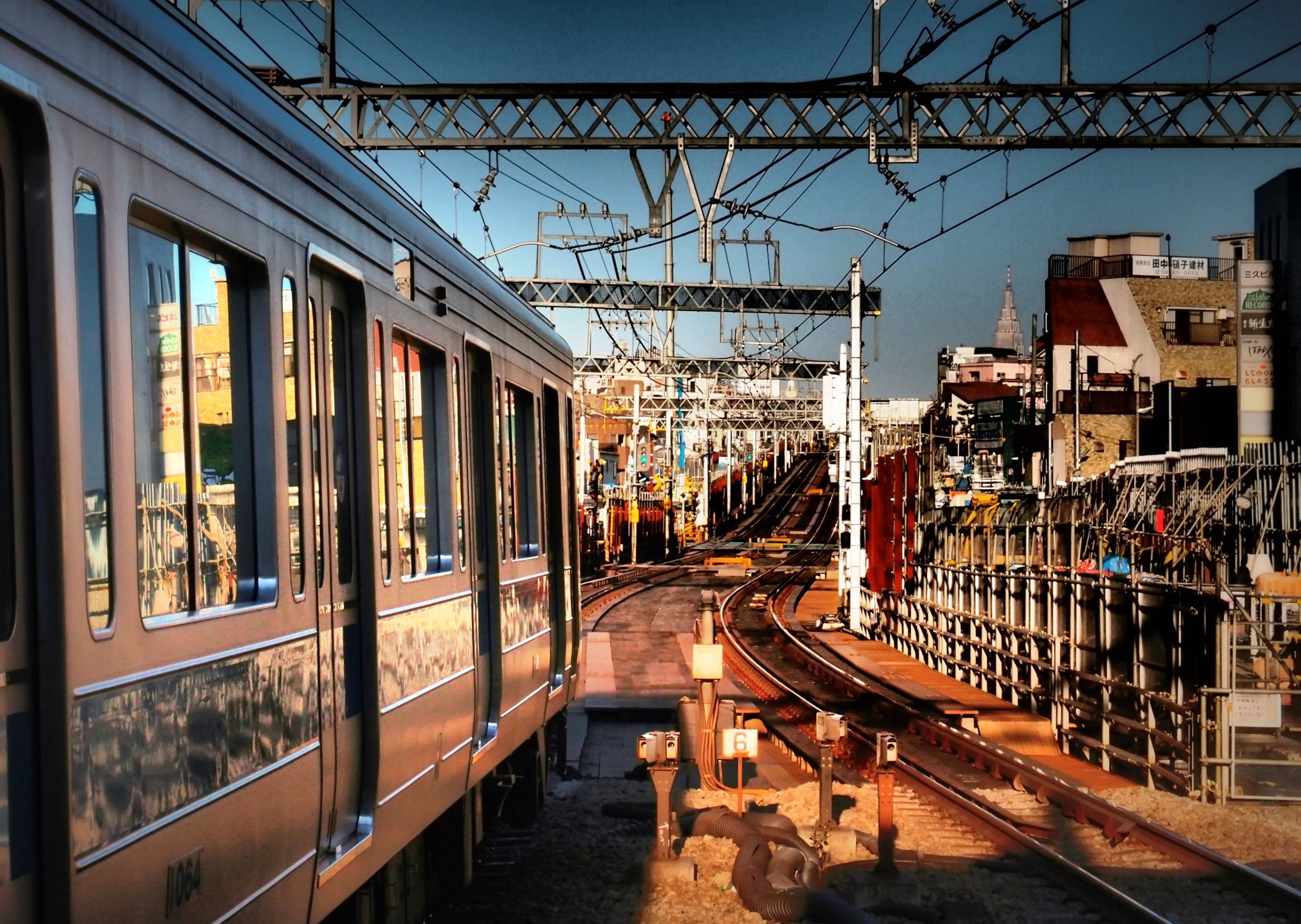 Only my sheer terror could distract me from the excruciating pain I was experiencing. I was only six years old, was alone on a train, and was hardly able to breathe because I was surrounded by strangers. And my fingers were stuck in the train door—the result of my impulse to reach for my father when I realized he wasn’t going to make it onto the train with me. Looking out the window, I could see that he was getting further and further away.

In my mind, the Japanese passengers had no reason to care how this played out for me. These fears were confirmed as I helplessly tried to remove my fingers from the door of the train and the swarm of bodies prevented me from accomplishing anything. But suddenly three men pried open the doors of the moving train. I was immediately yanked away from the door as it quickly slammed shut again. Strong arms were firmly grasping me from all directions. Gentle hands lightly touched my bruised hands to inspect them for damage.

The train stopped, and I heard the doors swoop open. Several people pulled me off the train, and then they shuffled back on—all except one middle-aged, average-sized man. Placing his arm on my shoulder, he looked intensely into my eyes. He was speaking so fast and obviously wanted me to understand what he was saying, but I couldn’t. I tried to get back on the train, but he pulled me away from the door. The doors shut, and the train sped away.

The man just stood there on the platform. I stood there too, thinking that if he wouldn’t let me get back on the train, he probably wasn’t going to let me walk away either. What did this man want from me? Where was my father? How on earth was he going to find me in this crowded city? It felt like hours to me then, but it probably took only about five minutes for the next train to show up.

After the train arrived, the man stood there, looking like he was waiting for something, so I waited too. Suddenly the man smiled, apparently assuming that the one white man hurrying off of the train was my father. He was right. I ran to my father, and my father ran to me. Then he shook the man’s hand and thanked him. The man gave a slight bow and got on the train my father had just exited.

It was the day before my twentieth birthday, and I was in York, England, on a study abroad. I was standing with three other students and one of our professors, looking up at Clifford’s Tower, the keep of York’s medieval castle. It looked down at us, round, beige, and heavy from the top of a green hill. We were trying to decide where to go next. We had spent our morning walking on the walls of the city, and now we were looking for something else to see, something that we hoped wouldn’t come with a hefty price tag.

We eventually drifted into the museum near the tower, discovered its daunting entrance fee, and drifted right back out. As we left the museum, we passed a painter standing behind his easel and looking out over the square toward the tower. Our professor stopped and asked if we could take a look at the man’s painting. We were surprised when the painter seemed embarrassed. He held up his arm as if he didn’t want us to see his work, but eventually we persuaded him to let us step behind his easel.

The painting was a Monet-esque image of the tower on the green hill and the people walking below. The people were daubs of different-colored clothing with heads and arms, walking right and left in the street below the tower. And there we were. It took us several seconds to notice, but the artist had captured all five of us there in his painting. Although we had been reduced to a few smudges of paint, we recognized elements of ourselves. I recognized myself by my height and the silver stripe on my blue backpack. I was glad to see myself there.

It’s interesting that somewhere on the other side of the ocean there’s a painting with me in it on the last day I was 19. Travel allows me to broaden my life, to see the world, and to be a greater part of the world. Sometimes it’s easy for me to forget, as I move around from place to place and from site to site. But what’s most important isn’t where we’ve been—it’s that we’ve made an appearance.

The View from the Top

I visited Hawaii last semester and, of course, went on a few stunning hikes. Trails took us into the rain forest, through lava tunnels, across petroglyph fields, and along the beach. The most memorable hike was on the Koko Head Trail near Hawaii Kai on Oahu. The trail goes straight up to the very top of a crater. The trail itself is made up of more than a thousand stairs, which are actually worn slabs of wood that were once part of a railway.

We left at five in the morning, blasting music and singing for the half-hour drive. When we got to the bottom of the trail, we were some of the only hikers there. Perhaps our loneliness was due to the early hour. Though the sun wasn’t up, the moon was full, and we hiked by its light.

At first, the hike seemed like a breeze, but the trail quickly became steeper. During the frequent rests on the way up, we turned to watch the city wake up. We could hear the roosters’ crow and distant sound of cars, but overall the air was peaceful.

When there were maybe a hundred stairs left, the incline increased, and I ended up climbing more than walking. When I finally made it to the top, I was rewarded not only with a sense of accomplishment, but also with an incredible view of the sunrise over the ocean, mountains, and city. I was awed by the beauty of the earth and could have stayed there for many hours.

Although the hike was tough for me, I would do it again and again just for the view from the top.