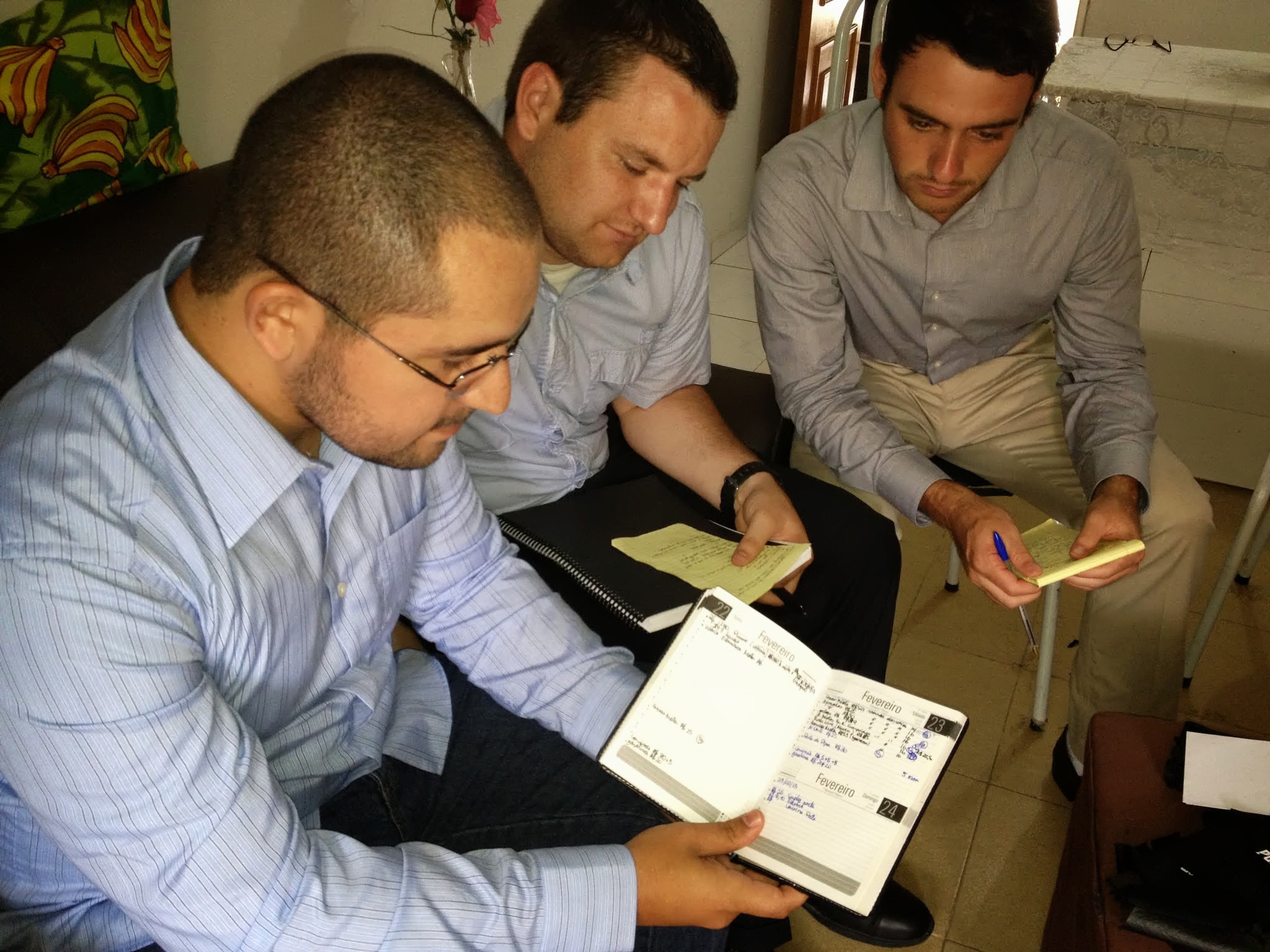 After graduating from the Academy for Creating Enterprise, Moroni Jesus Ramos Olague decided to remain in Mexico City, where he manages an Internet café.

In 2012, 22-year-old Moroni Jesus Ramos Olague lived on the streets of Mexico City. His head was filled with dreams of one day studying in the United States. He was a skilled young man—he had graduated from high school at age 17 and had completed a course on computers and networking. But now he was playing a small plastic recorder on the streets to pick up an extra peso to pay for the bare necessities. He had moved away from his parents and two younger siblings in northern Mexico to carve out his own future, but now he had nothing.

Ramos’s story is not unique. All over the world, skilled college graduates can’t find work. In Mexico City, only one out of ten individuals who begin college typically lands a job in his or her field of study. The average monthly salary of college graduates in Mexico City is US$700—not enough to survive on. About 30% of the taxi drivers have college educations.1

So how do they get by? The answer is simple: jobless people all over the world are forced to make something out of nothing—to find anything they have and sell it to anyone who will buy it.

Many around the world, including Ramos in Mexico, become what is known as necessity entrepreneurs and have little choice but to sell trinkets—candy, cell phone plans, credit cards—to tourists in the street to support themselves or to help support their families. Single mothers desperately try to feed their children by using money they earn from selling baked goods or handmade wares on the street—even though every neighbor on the street is selling the same thing. In a short matter of time, a majority of these necessity entrepreneurs will watch their businesses flop, leaving them worse off than when they started.

An Academy student in Brazil receives help on his business register from two Academy interns. This student runs a business sewing and selling gloves for bikers and motorcyclists.

The Solution: A Business Education

Fortunately, when Ramos was at his lowest point, he heard about the Academy for Creating Enterprise. A nonprofit organization, the Academy provides necessity entrepreneurs with an intense entrepreneurship and business management education. Funded by the Called2Serve Foundation and private donors, it operates in Mexico, the Philippines, Brazil, Zimbabwe, Peru, and other countries.

The majority of teachers and staff are locals as well as volunteer interns traveling from Brigham Young University (BYU) in Provo, Utah. The Academy is one of just three organizations in the world that provides this type of education to necessity entrepreneurs, according to Dr. Jeremi Brewer, a researcher in the field of microenterprise. In addition to leading research as part of the global Microenterprise Education Initiative (MEI), a research initiative based out of BYU, Brewer also works directly with Academy interns and students.

Many other organizations are willing to make loans to necessity entrepreneurs without providing the education necessary to use the loan money effectively. But the Academy and MEI teach basic “rules of thumb” to help people learn to use their loan money efficiently.

These principles are basic—students are encouraged to keep records, to separate their business and personal accounts, and to not lend money to family and friends. But the impact of these basic principles can be life-changing.

The Impact: The Value of a Bag of Air

In September 2012, Ramos took part in the Academy’s five-week microenterprise boot camp. He asked friends and neighbors to help him raise funds to attend the school, which requires each student to pay at least a portion of tuition and room and board costs, though the majority of operating costs are covered by donors and sponsors. There he learned the skills and gained the confidence he needed to trade a bag of air for 50% ownership of an Internet café, which he currently manages. Ramos is now self-reliant.

How did he transform a bag of air into ownership of an Internet café? On the second day of boot camp, each team of students received a bag, literally full of nothing but air, with instructions to go out into the city and return in five hours with 500 pesos (about US$50).

Ramos’s first thought was, “How am I going to exchange this?” But, trade by trade, his team began receiving objects of greater and greater value: first, a bag of rice in return for the bag of air; next, candy; then, a bag of chips; then, cookies; then, a sweater. By the end of the five hours, his team walked back into class with 254 pesos.

The trading activity opened Ramos’s eyes to a new world of opportunity. If he could start with nothing and obtain 254 pesos, why stop there? He kept trading and eventually earned 2,700 pesos (about US$210), enough to pay for rent for an apartment in Mexico City after graduating from the Academy.

During the boot camp, Ramos heard from an Academy employee that someone in the area owned an Internet café and needed someone skilled in computers to partner with him. It was a perfect match. With the earnings he had made from his trades and a promise to put his computer skills to work, Ramos signed a contract securing him 50–50 ownership in the Internet café.

Dr. Brewer sheds a little more light on the Academy’s trading activity, explaining that “most individuals in emerging markets flock toward loan officers to get the capital they ‘need’ to start their businesses. Sadly, most of these individuals are not trained in how to actually put that capital to best use in a small business. Consequently, they find themselves trapped by debts they can’t afford to pay off.”

Brewer continues, “I am not anti-borrowing; I simply wanted to demonstrate that education—and I mean a specific education for business management—must play a vital role in the lending process.”

Since 2008, Dr. Brewer has tracked the nearly 2,000 graduates of the Academy in Mexico. Participants have accumulatively transformed objects of no inherent value (e.g. rocks, blades of grass, leaves, bags of air, etc.) into US$628,000.

Students celebrate their success outside the Academy for Creating Enterprise in Mexico.

Where This Is Going

Ramos’s success story is not unique to him. In fact, nearly 6,000 Academy alumni and MEI participants around the world have experienced similar transformations, now enjoying bright opportunities for their future. MEI has long-term goals, too—one of which is to train as many coaches as possible and connect them with necessity entrepreneurs such as Ramos in a growing list of countries including Zimbabwe, Peru, Brazil, the Philippines, Mexico, and the United States. As the entrepreneurs learn and apply the principles they are taught, they share their ideas with their communities, spreading the education and vision for a future full of opportunity.

For Ramos, success started with a bag of air. For countless necessity entrepreneurs yet to be found, success can start with a traveler who takes the time to get to know them, to listen to their stories, and to share the hope of self-reliance.

What are students like Ramos learning that changes their lives so drastically? Below are a few of the basic “rules of thumb” taught at the Academy for Creating Enterprise: