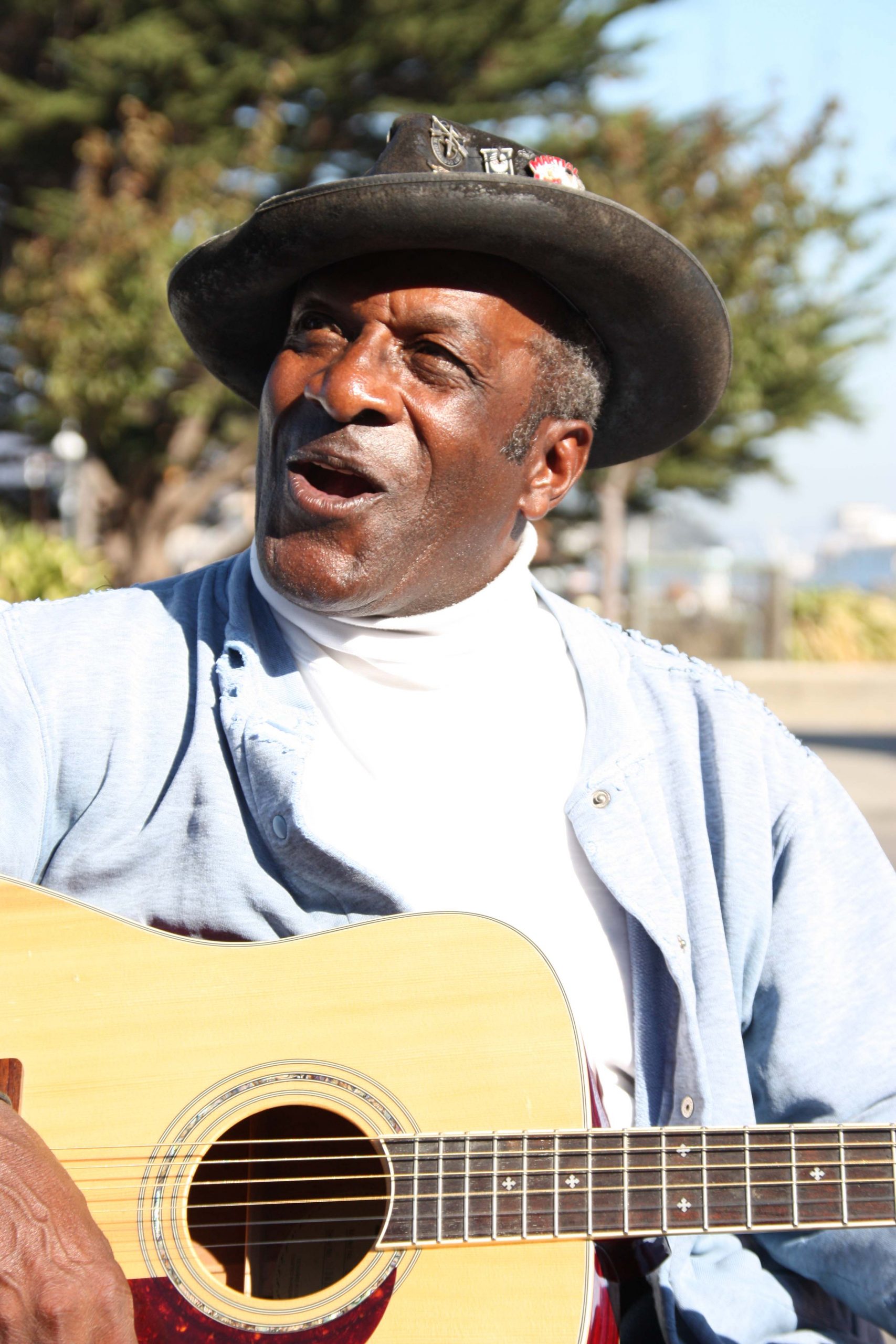 San Francisco is known for landmarks like the Golden Gate Bridge and Alcatraz Island. But did you know that it is also home to moving landmarks? Street performers, known as “buskers,” are scattered all over the city and have been entertaining natives and tourists alike for years.

For Bay Area resident Sara Michael, “they’re local legends.” She says, “Honestly, a huge reason I take visiting friends on tours is wanting them to see these guys. They’re just a part of the city, and I haven’t really seen street performers like that anywhere else.”

The street performing scene of San Francisco is constantly evolving, but here are three current staples that will enhance your typical city tour.

Multi-lingual crooner Norbert Yancey can make up songs on the spot or draw from his lengthy repertoire to entertain passersby.

“Get some change from yo mama. If you don’t I’ll tell Obama. I go to da’ Bahamas and buy me some pajamas!” Norbert Yancey has been singing to and making rhymes about passersby for more than 40 years. His latest perch is by the stairs at Ghirardelli Square. Sporting a black fedora, blue button-up sweater, and signature hearty laugh, Yancey croons about anything and everything. He always has a rhyme up his sleeve, even for foreign tourists, as he also speaks many languages. Propped next to him are an open guitar case and easels displaying posters of him posing with various celebrities. If you find the Rhyme Guy, get ready to be amazed—and be sure to also get a hot fudge sundae while you’re at the Square.

One of the newer additions to the busking group is young Gabriel Angelo, an old soul in a 14-year-old’s body. Angelo has been playing the trumpet since he was 6, and he sounds like a seasoned professional. To earn money for music lessons, he started performing downtown near Mission and Fifth Street. And boy, can he play. But that’s not all. He tap-dances too—while playing the trumpet. He’s always dressed for the part with a newsy cap, collared shirt, tie, slacks, and, of course, his tap shoes. If you like the oldies and dancing, or if you are already downtown for a Giants game, find Angelo at his usual spot doing what he does best.

Trumpet player Gabriel Angelo says watching Fred Astaire was what inspired him to add dancing to his act.

Picture this: you’ve just enjoyed some clam chowder in a fresh Boudin bread bowl, and now you’re ready to walk Fisherman’s Wharf. When you pass by what appears to be a harmless (yet randomly placed) bush, all of a sudden it starts barking at you and shaking its branches. After you scream unapologetically, you realize there is a mass of tourists across the street who have been watching you the entire time. The Bushman has gotten you!

Though some Fisherman’s Wharf merchants have tried to have David Johnson removed, most tourists can’t get enough of the Bushman.

Though potentially embarrassing, getting caught by the Bushman is actually quite a privilege. David Johnson has been scaring his way into people’s hearts for nearly 25 years. He is usually found on Fisherman’s Wharf, but he changes his hiding spot often. So keep your eyes peeled and try not to get too distracted by the sea lions on the pier or scream too loudly when the Bushman gets you.

Because he will get you.

“I have respect for San Francisco street performers,” Sara Michael says. “These guys are really rendering an entertaining service that enriches your city experience.” In a city that is constantly changing, it’s nice to know that you can usually count on seeing at least one of these special buskers when you visit. In fact, take a whole weekend and see if you can find them all.