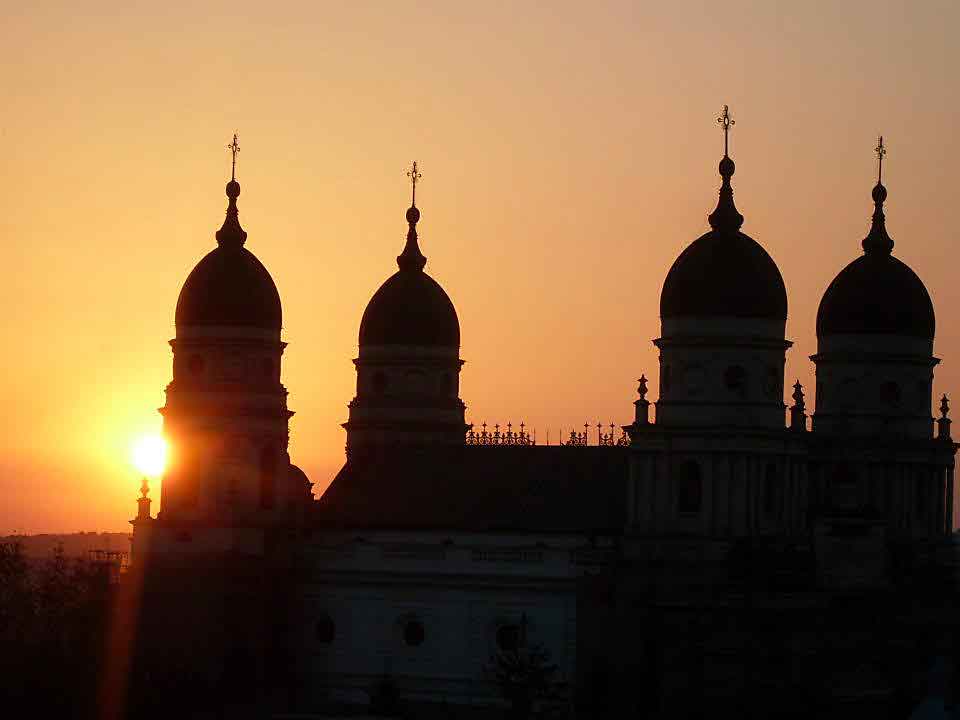 Nicole Shaw narrowed her eyes at the boy standing in front of her, ignoring his taunting friends. Nicole’s fellow interns grabbed at her shirt from behind, attempting to pull her away, afraid she might lose her cool. The boys had been harassing the interns, and Nicole had had enough.

A month earlier, Nicole had arrived in Iasi, Romania, for an internship. She came to work in an orphanage by day and a children’s hospital by night. She was among 14 American female students helping in Iasi.

At first, the boys hadn’t seemed threatening to Nicole. “When I first got there, I was a little flattered by the fact that they were always staring at us,” Nicole explains. “Then, as the time went on, it was just getting old super fast.”

Nicole was surprised when multiple teenage boys surrounded and began taungting her group of interns one day. “We were coming back from the hospital, and we went down a road where some teenagers were. They wouldn’t stop harassing us; they wouldn’t leave us alone,” Nicole says. “I got angry and got in the face of one of the guys because I was just really overwhelmed.”

A few days later, it happened again. This was the last straw for Nicole. She had been working in Romania for only a short time and found that being in this country was harder than she had expected. Her journal became her confidant:

Children play at Bridge of Love, an American-run camp that sponsors orphans in Bârlad, Romania.

“Lately, I have been struggling emotionally. I spent thousands of dollars for this internship, donated an entire summer of my time to try and help others and give as much as I possibly could,” she wrote. “But I’ve been dwelling on how I am seen here—by many Romanians and especially teenage boys. To many of them, I am a stupid American or a sexual object. It has made me feel so disgusting. I have been consumed by those negative emotions, allowing them to eat away at me, until I am left wondering why I am here in the first place.”

But it wasn’t only the Romanian boys that were affecting Nicole. She felt like the full-time orphanage workers didn’t understand the interns either. “They appreciated our help, but they didn’t understand why we were there,” Nicole explains. “Someone would ask, ‘Why are you spending thousands of dollars just to take care of these kids that no one cares about?’”

As a student from Brigham Young University (BYU) studying psychology, Nicole had decided to go to Romania after she studied the importance of nurturing and interacting with children. She wanted to help the children in the orphanages, who were not receiving that love. However, many people didn’t seem to agree with Nicole’s mission. “When I explained it, they just didn’t understand,” she says.

So when Nicole experienced these two frightening encounters with Romanian young men, she knew that she wanted to go home. “At that point, I was done with Romania. I didn’t want anything to do with the people,” she says. “I felt like we were just objects to the men there. I felt like I was doing so much work and it wasn’t being recognized.” Feeling discouraged, she asked herself, “How am I going to survive two more months of this?”

Nicole spends time with children at Bridge of Love.

Fortunately, Nicole’s fellow interns wanted to help. They tried to explain that not all Romanians were like the few who made the internship difficult.

Her internship facilitator, Aislynn Collier, also gave Nicole encouragement. Collier had worked as an intern in Romania the previous summer and recognized that Nicole was going through culture shock. Collier reminded Nicole that many people experience culture shock and that she needed to push through this difficult phase of her internship. She assured Nicole that with time, she would be able to accept Romania’s culture into her life.

Nicole realized that to do this successfully, she needed to focus less on herself and more on learning from the people around her. Soon, she met Romanians who helped her to do just that.

“A couple days after that second incident with the boys, we went to a store to pick up some things before taking the train ride back to Iasi, and there was a young man and his mother who owned the ice cream shop,” Nicole remembers. “As soon as they found out we were Americans, they got all 14 of us free ice cream sundaes.” Nicole was grateful for their generosity. “They just sat with us. It was comforting to me to know that there were people out there who were loving and kind,” she explains. “They want to genuinely get to know you and they appreciate you for who you are. That rekindled my appreciation for where I was and for the Romanian people.”

Inside the Metropolitan Cathedral, people appeal to Saint Parascheva by kissing her silk-wrapped hand.

Along with being willing to understand new people, Nicole learned to appreciate her life in Romania. “I found value in everyday things I was doing—three hours in the morning with the kids, three hours in the afternoon in the hospital, exploring the churches,” Nicole says. “I loved taking walks; I loved the train rides; I loved the old architecture; I loved learning about the history.”

One day Nicole and the other interns decided to explore the church they often passed on their way to work. What they found, though, was more than an empty cathedral. They opened the doors to a wedding ceremony! Nicole and the other interns decided to quietly move to the back corner of the church, hoping to observe the service unnoticed. They were worried that they would seem out of place but soon became enchanted by the ceremony. “There were these chanters. It was a beautiful sound,” Nicole remembers. “They would chant, and their voices echoed off the walls.”

But even though the interns seemed to have lost themselves in the beauty of the moment, they were soon reminded that they didn’t belong there. While they were watching the ceremony, the well-dressed Romanians periodically glanced back at them—American girls dressed in jeans and T-shirts.

“We obviously didn’t belong there,” Nicole recalls. But after a while, “some of the guests kept coming back to us and giving us candy, bread, fruit, and cake.”

After the ceremony, the entire wedding party gathered on the front steps of the church and invited the interns to take pictures with them. Nicole remembers being embarrassed by the offer since she was an underdressed observer. But even while feeling embarrassed, she admired the respect these Romanians showed her; they accepted her. She wanted to show that same respect to those around her.

The children she worked with helped Nicole learn to appreciate what she had.

Over the next two months in Romania, Nicole started recognizing kindness in many of the people of the country she had once wanted to leave. But it was ultimately one little girl in the orphanage who helped her to love Romania.

“Demi—that child was like medicine for me,” says Nicole. “If I was having a bad week, all I needed was to go back to the orphanage and give her a hug.” Demi was a small child with autism.

“She was way too serious for a two-year-old. She was always so sad,” says Nicole. “She couldn’t talk. She couldn’t walk either, so that was something I worked on with her. By the end, she was taking 12 steps.”

Nicole found joy in helping Demi in her own journey. “I think she’s a great example of the amazing work the interns do there, giving the children the love they deserve and need,” Nicole explains. “Demi is one of the many. The way they’ve changed and developed is just phenomenal.”

But the children aren’t the only ones who grew from the three months the interns spent in Romania. Nicole didn’t realize that she had changed until her family began noticing differences in her character after she had returned to the United States. Her stepmother told her she noticed a difference in how Nicole looked at the world.

“She told me that I appreciate things more,” says Nicole. “I realized how many people in the world have way less than I do, and there’s no reason for me to complain or expect anything more than what I already have.

“The fact that children who deserve love more than anybody don’t get it is just the saddest thing,” she continues. “Being in Romania helped me come back to the States and appreciate even the smallest things.”

The children she worked with helped Nicole learn to appreciate what she had. And other Romanians helped her learn to be accepting—accepting of other cultures and of other people. Reflecting on her experiences, Nicole later wrote very different words in her journal:

“I’m glad that in the end I decided not to judge. Otherwise I could have lost the opportunity to get to know some truly wonderful people.”

Each day, interns like Nicole in Iasi, Romania, spend three hours at the hospital and another three hours helping children at the orphanage.

Honeymoon: When many people arrive in a foreign country, their attitude is euphoric and excited. Everything is new and exotic, and travelers have high expectations for their personal ability to adjust to the new culture. Most people focus on the similarities between their home country and the new country.

Irritation and hostility: Travelers start to notice the differences from their home country or culture. Problems may arise, and travelers tend to blow these problems out of proportion. They may blame local people or customs for these problems. Some travelers do not get past this stage.

Gradual adjustment: This stage marks gradual recovery from the crisis of the previous stage. Travelers begin to understand the language and cultural cues, so they begin to feel comfortable operating within the new culture.

Biculturalism: Travelers in this stage are able to function in two different cultures. They have fully recovered or are close to fully recovering from their earlier crisis. They begin appreciating many local customs―and may even miss some of them when they return home.