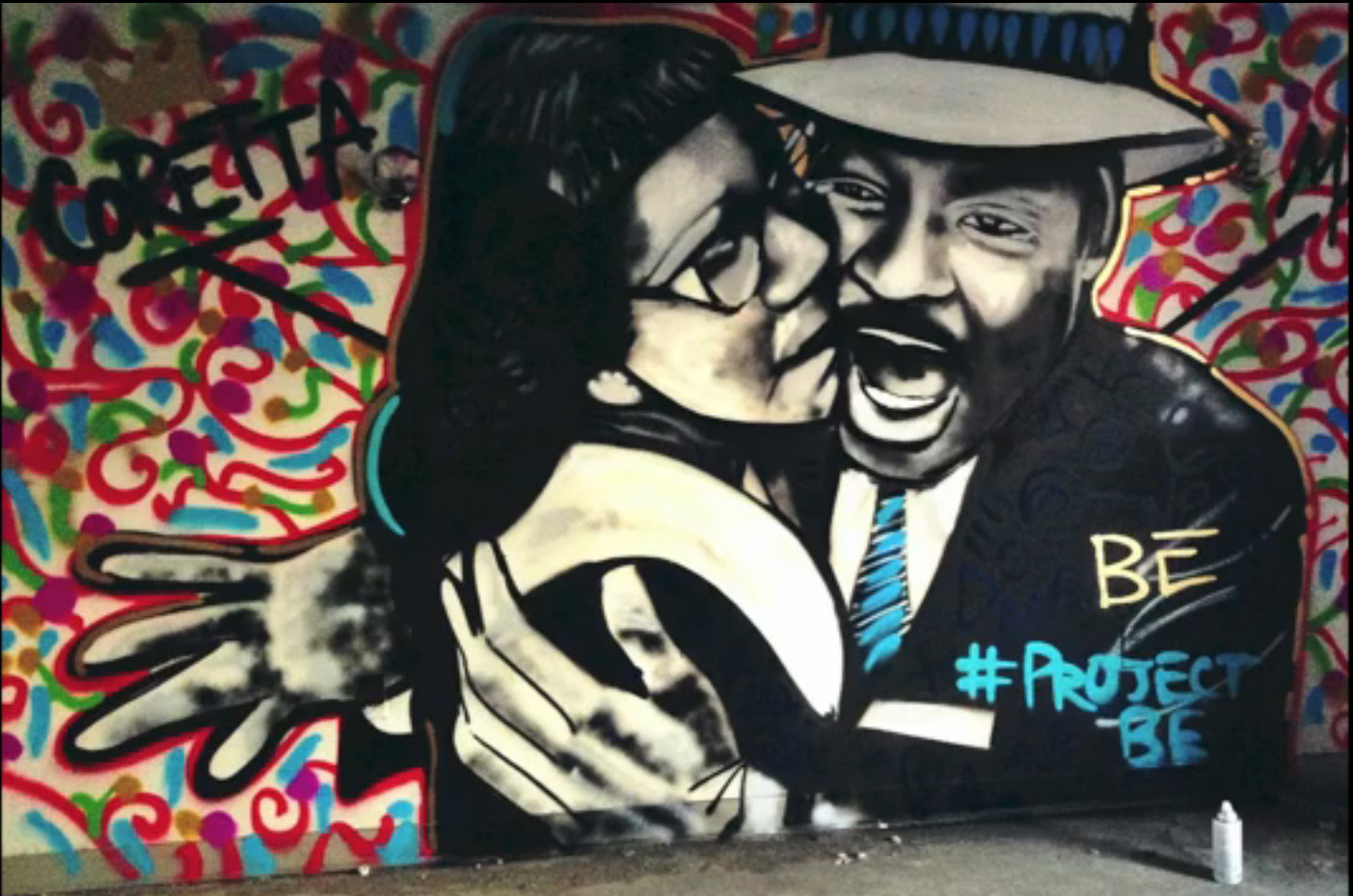 Eight years after Hurricane Katrina, some areas of New Orleans are completely restored. “You would have never guessed that Uptown New Orleans, the Garden District, or downtown had even been affected by the hurricane,” says resident Freddie Hanson. “Parts of the city in the East and Ninth Ward, though, have barely come back, if at all. They still look like ground zero or a war zone.”

Some residents have returned to and repaired their homes in these districts. However, other houses and complexes are still boarded-up or condemned, and residents have not returned. In these areas, there is an obvious need for reconstruction.

But New Orleans needs more than just livable housing to encourage residents to return: the residents need their city back. They need its heritage to be reclaimed and its sense of community to return. Three artists in particular have focused their creations on these community issues to provide healing and camaraderie within some of New Orleans’s more neglected areas.

Odums’s portraits of Martin Luther King, Jr., Coretta King, and Frederick Douglass decorate the walls inside of an abandoned building.

Odums’s portraits of Martin Luther King, Jr., Coretta King, and Frederick Douglass decorate the walls inside of an abandoned building.

Brandan “Bmike” Odums is one person who decided not to accept destruction as an inalterable fate. He decided to do something about a public housing project in the Ninth District that has sat empty and condemned for the entire eight years since Katrina wreaked her havoc. The building is slated for demolition this year. But before it goes, Odums is leaving a message on its interior walls—a message telling others that every part of the city is meaningful and purposeful.

Anyone who manages to walk into the closed-down building now sees the words Project Be painted on the walls, a title explaining how Odums’s graffiti artwork is experienced by being—perhaps specifically by being where it should not be. Covering the walls from floor to ceiling, Odums’s artwork emphasizes that everything has value inherently because of its existence. Images of Odums’s heroes, including many American civil rights movement leaders, are juxtaposed with quotes from songs, speeches, and books.

The final wall Odums painted for the project reads, “Don’t let me be misunderstood.” The graffiti is technically illegal, and some might be tempted to dismiss it as simple vandalism. However, locals see value in the project, even though no one will ever move back into the condemned, though decorated, building.

“It was something that for eight years was overlooked and forgotten,” Odums explains in a tour recorded by The Times-Picayune, a New Orleans newspaper. “And by way of art, we’re able to transform it into some form of gold.”

He decided to create something to benefit the entire community, rather than just let the building deteriorate while waiting for its demolition. But for the present time, travelers won’t be able to witness Odums’s art for themselves. Painting or viewing the graffiti requires trespassing, and for safety reasons, no one is allowed in the building. You can see some of Odums’s paintings online, however. And residents and fans are currently lobbying to preserve the murals, even though the building itself is to be torn down.

Some homes and other buildings are unsafe to enter.

The United Saints (US) Recovery Project, formed in the aftermath of Hurricane Katrina, accepted the task of reconstruction like many other organizations did. The project’s mission, however, includes more than just physically rebuilding New Orleans; it is “to assist communities that have suffered damage from natural disasters, helping residents return home, improve their quality of life, and strengthen their communities.” Project workers don’t just rebuild destroyed houses. They try to improve each resident’s quality of life and help strengthen community ties.

One such case of reconstruction is the Hoffman Triangle project. In 2009, the Hoffman Triangle, an area located in the Central City neighborhood of New Orleans, received some unwelcome additions. This section of town, which was already filled with vacant lots and abandoned houses, received more abandoned houses. The area had been neglected after the 2005 hurricane, and in 2009, ruined homes from another neighborhood in the city were physically relocated here to make room for a new hospital. What’s more, many of the relocated houses weren’t even complete houses. Workers simply cut down the houses to the dimensions of the moving trucks. These buildings and homes with missing roofs and walls were left abandoned, yet again, in the Hoffman Triangle.

The US Recovery Project accepted the responsibility for this community’s in-between state in the transition between abandonment and repurposing. Partnering with KID smART, an educational program integrating art into the curriculum, the US Recovery Project set to work repairing the gaps, both physical and cultural, in the housing of Hoffman Triangle. Artists young and old painted murals on the plywood that was then used to patch walls and cover windows. The collection of art makes the area look more like a community cultural center than an abandoned place because the residents have reclaimed it as their own.

By far, the movement that invites the most artistic participation was one started by Candy Chang, a New Orleans artist and activist. Chang combined her various interests in a way that serves the community at large while inviting them to contribute.

After the hurricane, many storefronts were left abandoned and boarded up. In 2010, Chang began an artistic experiment. She distributed fill-in-the-blank stickers and permanent markers around the vacant storefronts of the city. Each sticker read “I wish this was ______ ” and allowed passersby to fill in the space and stick their idea on the wall.

Chang’s work has inspired not only people in her immediate community but also people everywhere. For example, the response to “Before I Die” has been overwhelming, with fans creating their own boards in cities around the world. By bringing her New Orleans neighborhood together, Chang has also connected them to the much larger global community of people with similar hopes and desires.

Hurricane Katrina wiped out much of New Orleans structurally, but it couldn’t destroy the city’s deep artistic heritage. Community artists like Odums, the US Recovery Project, Chang, and many others have made the initial moves, but it will take continuing efforts to maintain progress toward full reclamation.

Whether you are a resident of New Orleans or simply a visitor, you can take these community goals and infuse them into your own area by sharing your ideas of hope and progress.