Dim Sum: Get Some! A Guide to Dim Sum 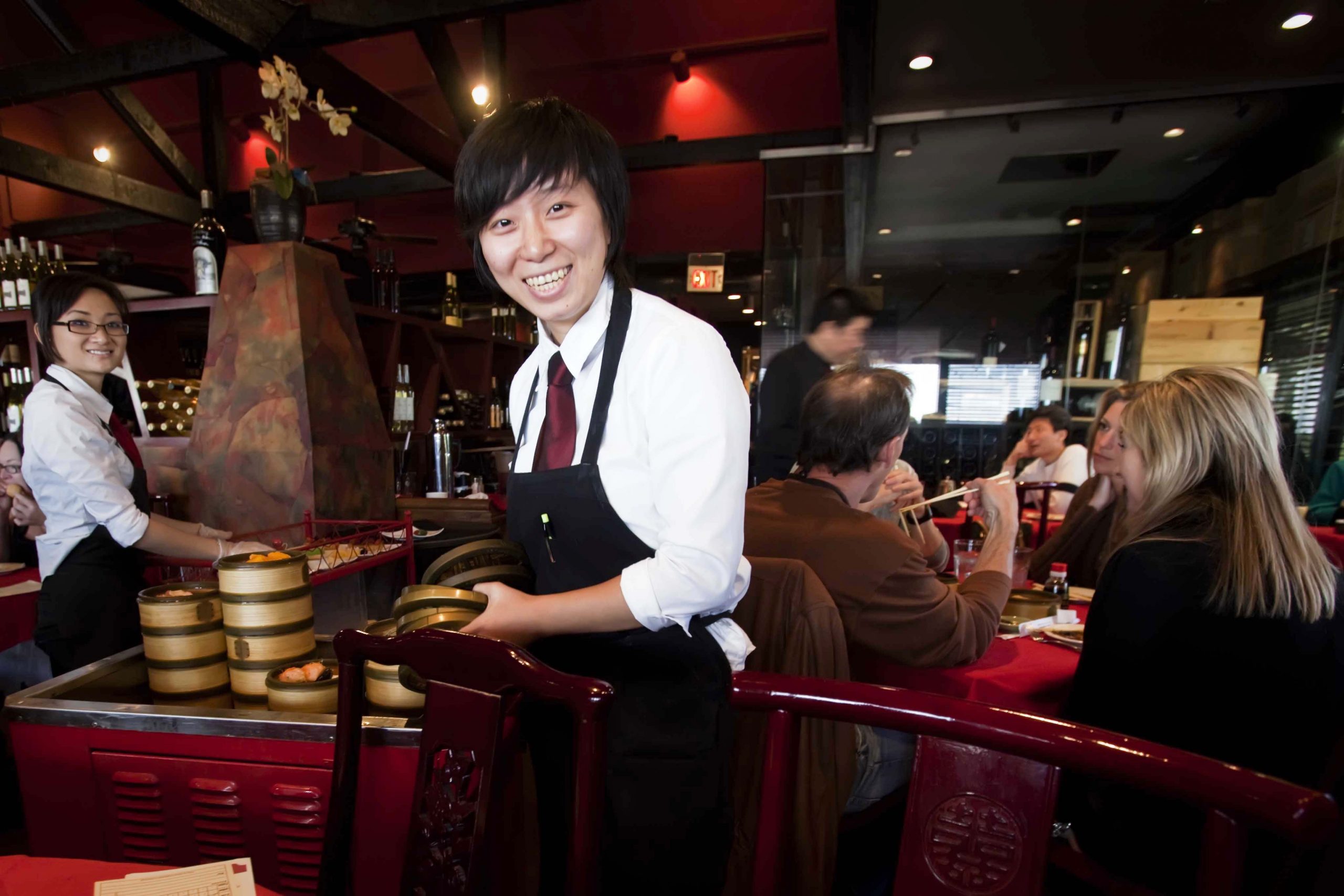 Though your first dim sum outing may be intimidating, servers are happy to answer any questions.

Rich, savory smells of slow-cooking meats waft to meet your nose at the restaurant’s door. The smell seems as foreign as the waving golden cat that keeps guard from atop the front counter.

Rows of tanks filled with live fish and crawling lobsters decorate the entryway. Young servers hurriedly wheel metal carts, piled with bamboo baskets, around the restaurant floor, their harsh Chinese orders clashing with the loud conversations rising from the full 8- and 12-person tables.

Beneath those bamboo lids, plates full of dim sum—various Chinese dumplings and other bite-sized dishes, usually in the form of steamed dough or noodles filled with meats or seafood—are hiding, still steaming in their baskets.

In Cantonese, dim sum literally means “point of the heart,” referring to the fact that the small sizes of the individual portions are enough to simply touch the heart, not entirely fill the stomach. First served hundreds of years ago in teahouses to travelers on the Silk Road, dim sum is still traditionally served with tea. In fact, the Cantonese way to say “go out to eat dim sum” is yum cha, or “drink tea.”

But dim sum is not just for tea aficionados, nor is it just for Silk Road travelers. Today, dim sum is served in restaurants all over the world and holds a distinct place in Chinese culture. For a Chinese family, outings to eat dim sum can be a weekly or biweekly tradition. But even so, most don’t mind an extra excuse to go out for dim sum on a special occasion. Dim sum has become so widespread that it has wriggled its way into pop culture, showing up in the blockbuster movie Sleepless in Seattle and appearing in pop music and TV shows.

After all this hype, you’ve found your way into an authentic dim sum restaurant. Your first step in making yourself at home is to be proactive—going for dim sum is all about having it your way. If you aren’t seated and served immediately, servers respond well to direct requests: for a table, for drinks, or for food.

In fact, you probably won’t see a menu placed at your table for you, but don’t let this concern you. Instead, the servers bring all the options out directly to your table on rolling metal carts straight from the kitchen. There’s no waiting for your order to be prepared here. As soon as you see your favorite dumplings wheeled to your table, just point to them and the server will place a plate of the steaming buns right in front of you, offering to cut large dumplings or other dishes into smaller pieces to facilitate sharing among a group. If you’re not sure what’s inside one of the dumplings, don’t worry—just point and ask. And if all else fails, try it anyway.

This “see, point, and eat” technique makes paying remarkably streamlined. Every time your server gives you a plate, you get a stamp on your bill in the appropriate category (small plate, medium plate, large plate, or special dish). When your stomach is full and you’re ready to go, the server will total up the stamps on the bill and calculate your total cost. A typical filling meal in a United States dim sum restaurant (usually 4–8 dumplings or items per person) can cost anywhere from $6 to $30 per person. Since dim sum is typically a social outing, it’s best to increase variety and decrease cost by splitting the bill with a group of friends.

With a variety of fillings that are savory and sweet, exotic and familiar, dim sum can satisfy any palate. Let those rich smells be your guide as you point your way through your first—or ninety-first—trip to eat dim sum.

Do I have to know Chinese? No. Most servers speak English, and if they don’t, a simple hand motion in the direction of the food you want will suffice.

WHAT did they just say? Don’t be offended by this easily mistaken word—the Mandarin word for “that” (as in “is that plate the one you want?”) is pronounced “NAH-guh.”

Do I eat with my hands? Some types of dim sum are easiest to eat with your fingers, but chopsticks are the standard utensils. If you would feel more comfortable with a fork, you can usually request one.

What is the best time to yum cha—go out for dim sum? Dim sum is typically served for late breakfast or early lunch. Don’t go before 8 or 9 am, but if you go later than noon or 1 pm, you risk missing the best dishes.

Where can I find a dim sum restaurant? Your best bet is in a big city—New York, San Francisco, Seattle. But it never hurts to Google it in your hometown.