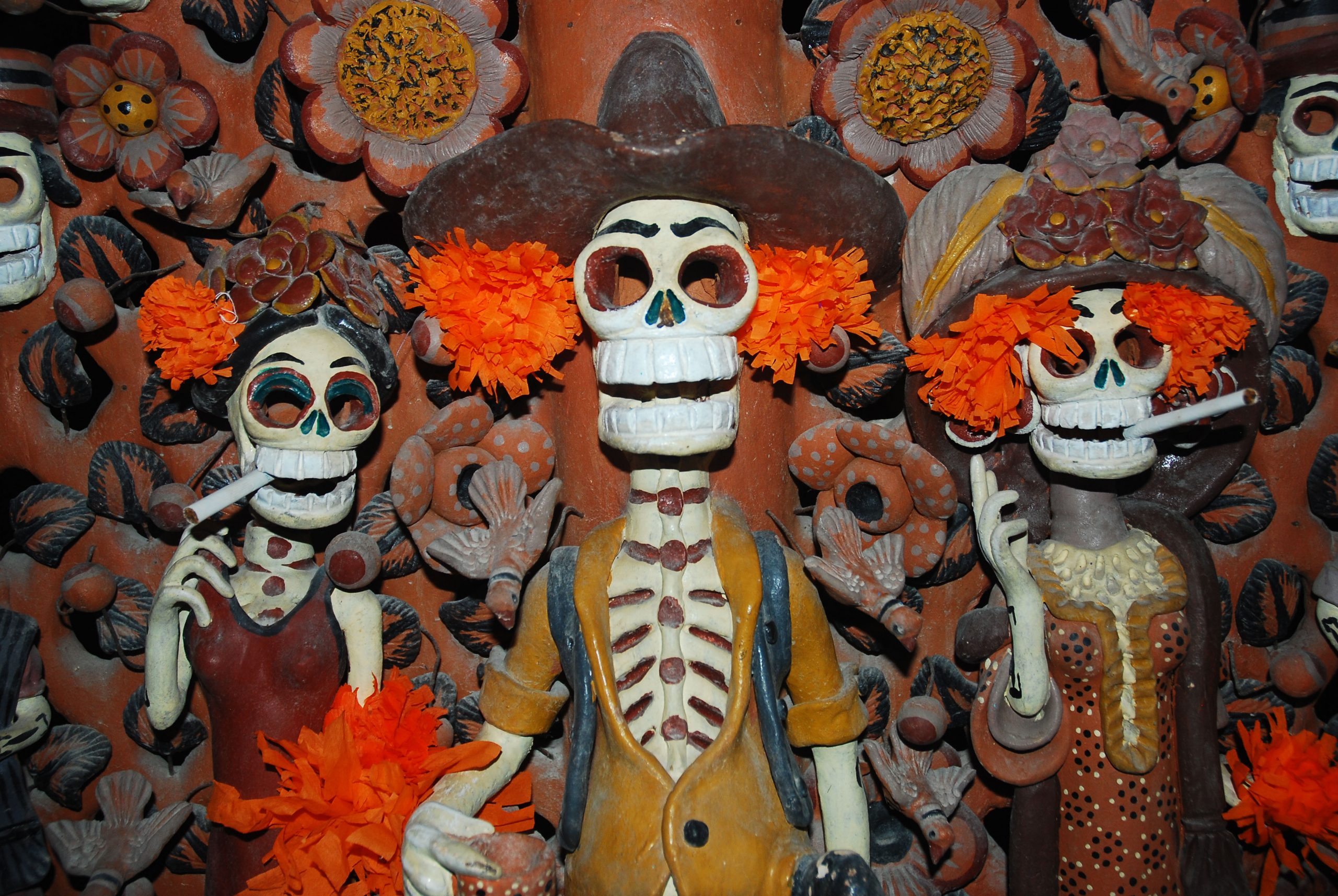 There’s something about the crunch of leaves underfoot and the hints of an upcoming winter that makes people want to celebrate. But don’t limit yourself to the traditional Americana of Halloween and Thanksgiving. The United States is home to many ethnic enclaves with a variety of cultural festivals. It turns out that, for all the cultural differences, deep down we all just want an excuse to eat, dance, and celebrate.

Literally translated as “Celebration of People,” this annual festival is a celebration of Hispanic cultures. Dia de los Muertos (Day of the Dead), an ancient holiday with pre-Columbian roots, is known for its gaily dressed skulls and skeletons. During the last weekend in October, the Museum of Northern Arizona and Nuestras Raices (Our Roots), a local cultural and historical society, work to bring the ancient holiday to a new generation with songs, dances, and calaveras de azúcar (sugar skulls). Mariachi performances and traditional ofrendas (altars) allow visitors to honor the dead and celebrate the living in the museum’s courtyard.

Opening with a cannoli-eating contest and a blessing of the vendor stalls by a Catholic priest, the Feast of San Gennaro combines the down-to-earth with the reverent in a way that is unique to the Italian people. The feast was originally a small act of devotion by a few immigrants to San Gennaro, the patron saint of Naples. But it has expanded to a full 11-day festival (September 12–22) replete with live performances by Italian performers, stands filled with traditional Italian food, and two processions honoring San Gennaro. The main event occurs on the September 19, the official Saint Day of San Gennaro. After Mass in the Most Precious Blood Church, the statue of San Gennaro is carried through the streets of Little Italy.

The sound of pipes and the banging of drums welcome you to the Highland Festival, a celebration of Celtic heritage held September 5–8. This event combines the spectacle of caber tossing and stone throwing with the more kitsch Renaissance faire-fare of turkey legs and jousting. Men wear their clan tartans with pride, and people of all ages compete in many tests of strength and agility, including Irish and Scottish dance competitions.

During the Autumn Moon Festival, the streets of San Francisco’s historic Chinatown are closed to city traffic. But they are bedecked in red banners and filled with traditional Chinese music and the sweet allure of vendor food. This celebration of Chinese culture and tradition is based on the Chinese lunar calendar, typically falling in late September or early October. The Autumn Moon Festival features lion dancers roaming the streets during the dragon parade and is easily recognized by its beautiful moon cakes—holiday fruitcake delicacies that are just one of the many traditions this holiday passes from one generation to the next.

“Joie de vivre” (joy of living) helps define the Cajun paradigm. When you visit Larose, Louisiana, during the last full weekend of October, you’ll begin to understand that paradigm as you fill your plate with jambalaya, shrimp po’boys, and pistolettes. The French Food Festival offers more than just food, with local music (including zydeco) and demonstrations of the unique Cajun culture. Come hungry, and bienvenue dans le bayou.