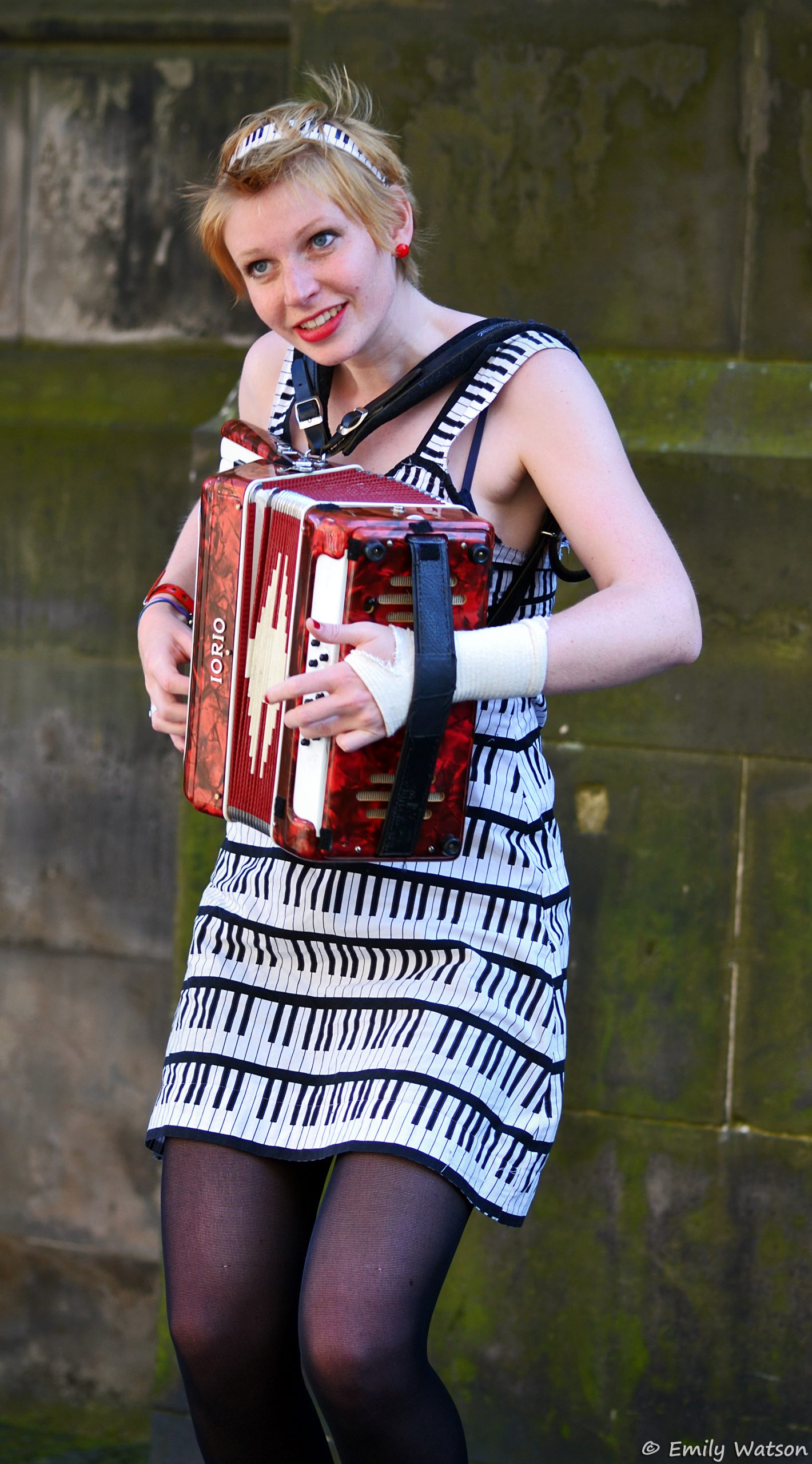 The Fringe Festival is an arena for one-of-a-kind talents.
Photo by Jessica Allen

Alice had been in Wonderland for a short time when she exclaimed that it got “curiouser and curiouser” every moment. Wouldn’t it be fun to go on your own curious adventure? Well, if curious sights are what you’re after, check out the Edinburgh Festival Fringe.

Held in Edinburgh, Scotland, every August, the Fringe Festival was originally created as an attempt to reunite Europe after the devastation of World War II. It is now the world’s largest arts festival, and entertainers and tourists come from all over the world to participate.

The festival spans the entire city, but the hot spot is the Royal Mile, the street that leads to Edinburgh Castle. This road is lined with performers eager to intrigue you with their acts as you stroll by. But here’s the catch: the performers are given a certain area on the street for an allotted amount of time. After that time is up, the spot opens up to another performer. This arrangement creates a unique atmosphere because by the time you get to the end of the street and turn around, all the performers have changed, and you hardly know what to expect.

College student Shayla Johnson describes the festival as “always changing and evolving” and “a place for discovery.” One performer that Johnson stopped to watch on the Royal Mile was a Korean magician. Johnson was surprised when he called her out of the audience to be his assistant. “I had to do the Macarena with him, and there were at least 70 people watching,” she recounts. “Not at all an experience I would expect to have. That’s the way the festival is—really interactive.”

One of Johnson’s favorite entertainers was an Australian comedian. He insisted on performing in a bathrobe—because he liked to be comfortable—and he frequently asked his audience for suggestions as he drew on his notepad to tell stories. Johnson loved “his completely original humor.”

Performers like this fire-breather will keep you on your toes.
Photo by Jessica Allen

As she continued down the Royal Mile, Johnson also saw a musician playing saws, a Tasmanian guitarist with inch-long fingernails, a spray-paint artist, human statues, and many other acts. Johnson notes, “The range of performances that you see is incredible. There’s something for everyone.”

You’re probably wondering how much it costs to attend this full-blown festival. That’s the best part—nearly all of the shows are free. So if you’re a poor college student or just a frugal traveler, this is the perfect festival to attend. In fact, according to Johnson, the young adult years are the best times to go. “I would totally go back, especially as a college-aged traveler. When you are young, you haven’t experienced the world yet, and the Fringe is a place to experience the world and all these weird, quirky, strange things.”