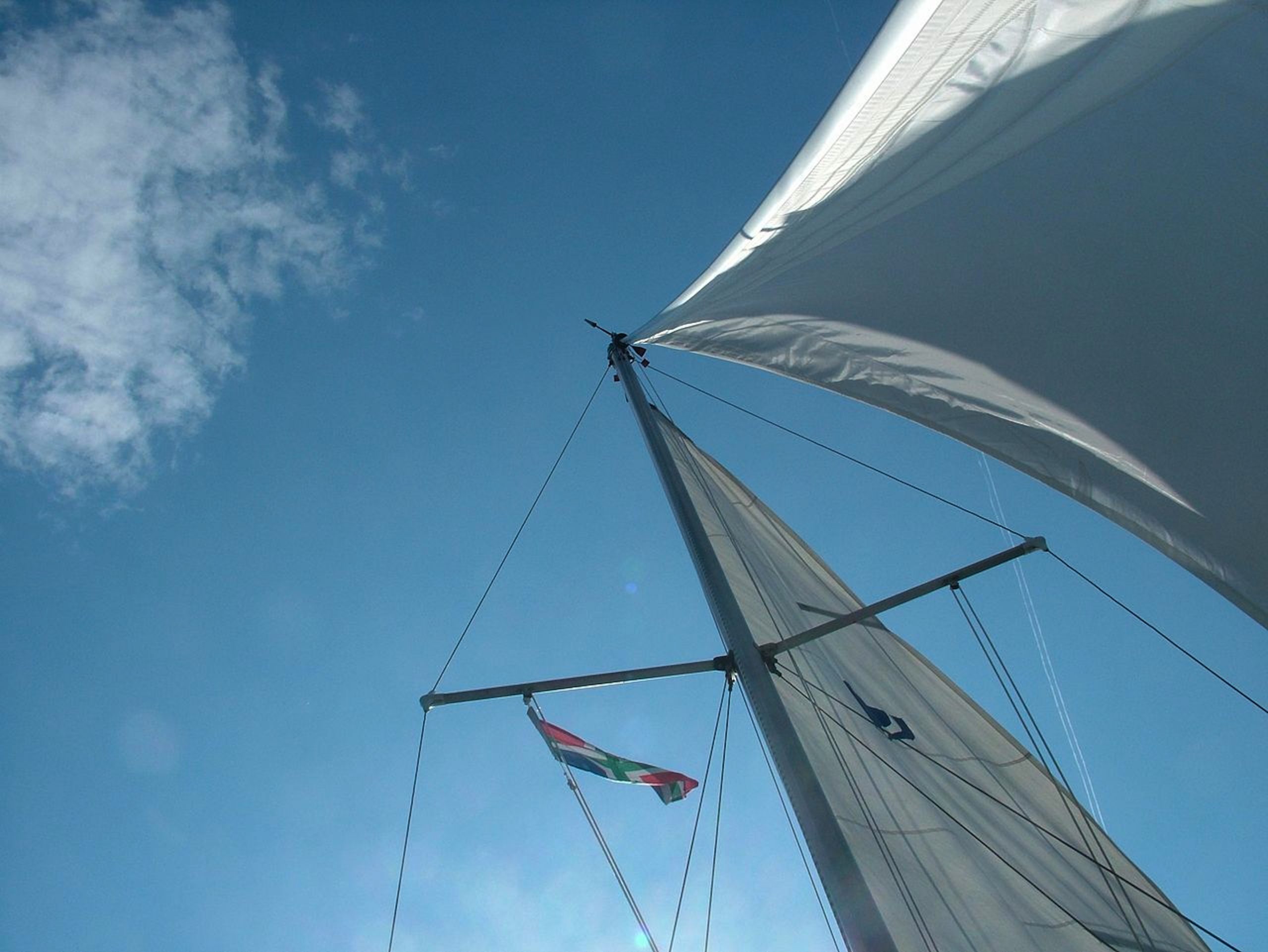 I always wonder why birds choose to stay in the same place when they can fly anywhere on the earth. Then I ask myself the same question.

Not many people have plucked passion fruit from trees in the South Pacific after sailing for weeks on end to get there, and fewer still have caught and cooked mackerel straight from the ocean. Because, after all, who has the time, funds, or freedom to sail from North America to Oceania? In fact, thousands of people do it every year.

Mast and boom and jib and batten—spread your sails and disappear.

What is the Coconut Milk Run?

Nobody knows why it’s called the Coconut Milk Run, but this name refers to the easiness of the way. It may be easy for the saltiest salts, those sailors used to passing through pirate blockades or seeking the white whale—but for most people, it’s a challenge of proper proportions.

The Coconut Milk Run marks out the world’s most popular Pacific seaway. Countless islands dot the Pacific, leaving sufficient leeway for each crew to customize its own trip. Most people start in Puerto Vallarta, Mexico, and stop along the way at the Galápagos, the Marquesas, the Tuamotu Archipelago, the Cook Islands, Fiji, and Vanuatu. Some end up in Australia, others in New Zealand. The voyage can take months, though the fastest sailors do it in just a few weeks.

Who sails to Oceania?

Experts and novices alike sail along the Coconut Milk Run. Joseph and Marci Paravia finished the run in just 24 days. But they’re exceptional. They’ve lived on their 38-foot Hans Christian sailboat, the Horizon, for the last 11 years. The Paravias’ boat, like most boats equipped for deep-sea voyages, has comforts like a bedroom, bathroom, and kitchen.

“After several months of preparation,” says Marci, “we were ready to set sail to the South Pacific. We were eager to participate in the legendary Coconut Milk Run: days of soft downwind sailing in gentle breezes over azure water and starry tropical nights.”

But not only experts make the voyage. Many Coconut Milk runners are landlubbers like you and me—normal people of all ages, who join up with experts like Joseph and Marci for the trip.

How do I join a crew?

Unless you own a blue-water boat, the first step is to join a crew by getting in touch with the sailing community. Websites like www.cruisersforum.com and www.latitude38.com help people orchestrate voyages. Depending on the website, you can either contact an owner or a captain directly—or you can post your qualifications and an owner or a captain will contact you.

Every year, PPJ organizes a veritable flotilla that leaves Puerto Vallarta around March 1 and lands in French Polynesia around June 30. This year, nearly one hundred owners and captains went to the Seattle Boat Show in January to meet with fellow PPJ sailors and potential crew members. Next year, there will be a similar preseason rendezvous, so check out this enclave if you’re interested in crossing the Pacific with a crew of expert PPJ sailors.

Wondering why they’d want a novice on their crew? Simple: sailing is a lot of work for one person. Some can do it alone, but nobody wants to. You’ll help out with night watches, cooking, cleaning, rigging, and so on. For all this work, sometimes you don’t even have to split the cost of food and fuel! Think of that—living for three or four months with no bills. It’s hard work, sure, but it’s secure, serene living.

What should I keep in mind?

If you’ve managed to join a crew, you’re pretty much set. Just remember to sharpen those knot-tying skills and get your paperwork in order. Bring your passport, medical information, and some extra cash. You’ll need enough for a flight home, and you’ll want to have a few hundred dollars on hand for emergencies.

Your captain can placate any remaining concerns and offer advice about how to prepare. You shouldn’t have to bring any specific gear since the captain will take care of that. If there are other crew members, you might want to try to get to know them before you go. They’re probably not beginners and could offer some pre-departure tips.

Has anything ever gone wrong?

Sometimes sailing isn’t all sun and surf. Horror stories abound. When spouses go together, sometimes one gives up and goes home early. But the most common problems crop up when people don’t prepare properly. Just make sure you square everything away before you go—food, fuel, money, safety, communication, jobs, belongings, rent, pets, and so on. And make certain you’re the type of person who can keep a good attitude. Negativity spoils trips faster than weather conditions ever do.

After you’ve spent a few long weeks on the open ocean, land is a sight for sore eyes.

Is the investment worth the rewards?

“One of the best parts about sailing,” says Austin Secrist, an amateur sailor from Apple Valley, California, “is that the learning curve isn’t very steep.” Austin and his wife, Steph, are planning a Pacific puddle jump. “We don’t know when we’ll go,” says Steph, “but the sooner the better.” Austin and Steph reassure would-be sailors that though it takes years to master the gales and the mists, 70% of what one needs to know comes within the first few hours.

Sailing is a way of life. The distractions of the modern world melt away, and you can meditate and ruminate. That novel, that poem, or that play you’ve wanted to finish comes together at last. You can finally learn the guitar, and then, when you stop in New Guinea, you can accompany the birds-of-paradise. You can remove yourself from the relationships that still ache, and you can hand write a few heartfelt letters to those you love.

Deadlines and schedules can fall away. With most modern travel, hours and minutes dictate destinations and departures. But with sailing, you can spend an unscheduled week under the shade trees of Tonga. You can speed up or slow down. It doesn’t matter. The ocean is yours.