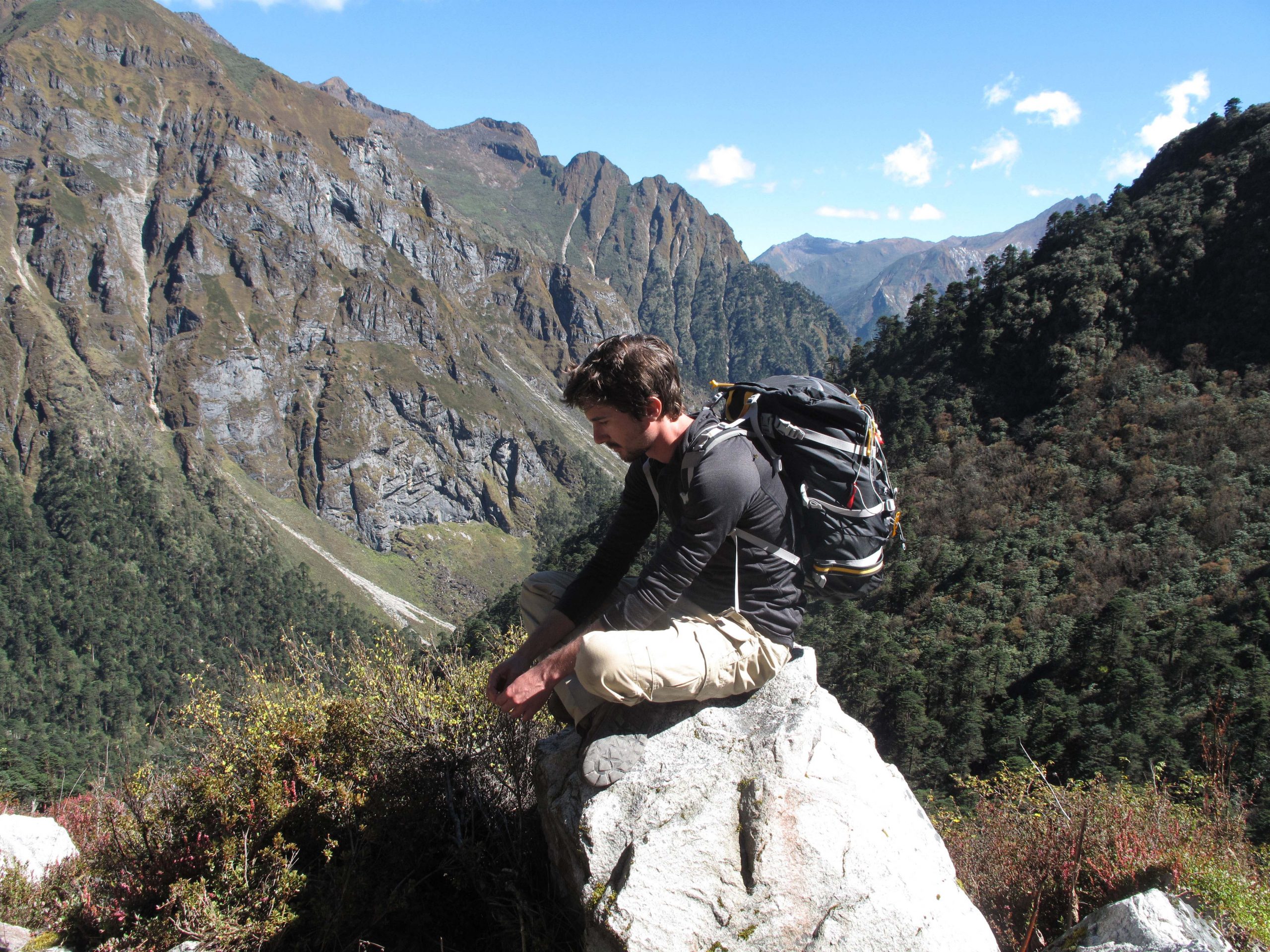 If you were choosing a field of study, would glaciers ever cross your mind? After talking to Dr. Summer Rupper, maybe they would. Rupper is a mother of two, a professor, and a glaciologist, and her field studies on glaciers take her to exotic places all over the world. Although it can be painful for her to leave her family for long stretches of time, Dr. Rupper still loves what she does as a glaciologist.

This past year, Rupper had the opportunity to hike in the Himalayas with six other scientists and a team of 14 Bhutanese assistants. Dr. Rupper led the glaciologists on the team. They took a seven-day trek through atypical trails that weren’t exactly pedestrian friendly: boulders and rocks from landslides covered the paths, and tree roots also obstructed the way. But neither the rain nor the formidable landscape deterred Dr. Rupper; her desire to study the Himalayan glaciers and their effect on the hydrosphere overcame her dislike of the bad weather. Below, Rupper shares with Stowaway some insights about her trip.

What motivated this trip?

Sunset in the Himalayas

Bhutan is a developing country with only one major national export—hydroelectric power for India. The glaciers are a major meltwater source for the rivers, and as the glaciers are rapidly retreating, the question is whether or not that’s going to be a long-term, viable resource. The problem is that glaciers create massive floods. A flood in 1994 damaged one of the most sacred Bhutanese Buddhist temples and killed numerous people. The Bhutanese have a lot of questions about safety and economic resources that are directly tied to these glaciers. So we’re collaborating with them and helping them understand what the issues are.

How did you handle the altitude changes?

You have to be really careful about altitude sickness. We did have one member go down with symptoms of cerebral edema [a swelling of the brain], and we had several that stayed in a lower camp because they weren’t adjusting well enough to the altitude. Altitude sickness can hit absolutely anybody. We prepare the best we can; we have medications, including injections.

Yaks are brought down from high altitudes at the end of the summer, so the expedition passed many yaks and their herders.

Did you have any crazy, unexpected experiences?

I’m not afraid of spiders or snakes or heights or anything else, but it turns out I really hate leeches. I found that out when we started the hike where it was basically a jungle. There were leeches—and they can go straight through your wool socks and everything. I was really grossed out by those.

What was it like working with the Bhutanese assistants?

Many of the Bhutanese working for the company were quite young—in their teens—and they were about the hardest workers I’ve ever seen. On occasion, they would sneak me little pieces of candy or chocolate. They called me Mum Summer. That was really fun.

Did you learn a lot about Bhutanese culture during your trip?

I’m still learning. Bhutan is predominantly Buddhist and is very peaceful. It’s been given the name “The Happiest Country in the World.” It’s actually illegal to climb above 6000 meters because that’s where the gods live. This means most of the peaks in Bhutan have never been summited, since climbing would disturb the gods. It’s very pristine.

What kinds of things did you eat? Did you have a lot of dried foods?

No, actually. I have never eaten such good food in the field. The Bhutanese cooks would go hide in a cook tent, and then they would come out with these amazing dishes. For a typical meal, they would serve some kind of soup that we’d eat first. Next, they’d come in with huge dishes of rice and then four other dishes: a vegetable, a meat, another vegetable, and a sauce that you’d pour over the rice. Then fruit for dessert. Every dinner was like that.

The scientists set up their equipment on the glacier.

One of the main staples in Bhutan is an incredibly hot pepper. I grew up in the southern United States, so I thought I knew what hot was—but these peppers would bring a Cajun to tears. The cooks were very nice to us, and they would often cook without the peppers in certain dishes so we could eat some of them.

What research conclusions were you able to draw?

Right now my research is still very preliminary, but these glaciers are in a very negative mass balance. That basically means they’re out of balance with the present-day climate, and they have to get smaller. We’ve been able to show that at minimum, even if climate doesn’t continue to change, these glaciers have to change area by at least 10%. That’s a 30% reduction in meltwater. Our initial results show that big changes are going to happen in the coming decades, and we need to prepare for them.

Do you have any advice for those interested in traveling for study?

For me, it’s making sure that the students I take with me and the colleagues I work with are fun to be around. In the field, you work from two to six weeks with somebody, and conditions can be rough. But the right personality can enjoy any condition. People like this make the most of the experience: they enjoy it, even under the worst circumstances. The people you choose to collaborate or travel with can make all the difference.

“Hiking with the Band”

Dr. Rupper says, “My best hiking music is big band jazz, or something that’s really upbeat that keeps you going.” These songs are sure to boost your energy on your next trip!

“Somewhere beyond the Sea” by Bobby Darin