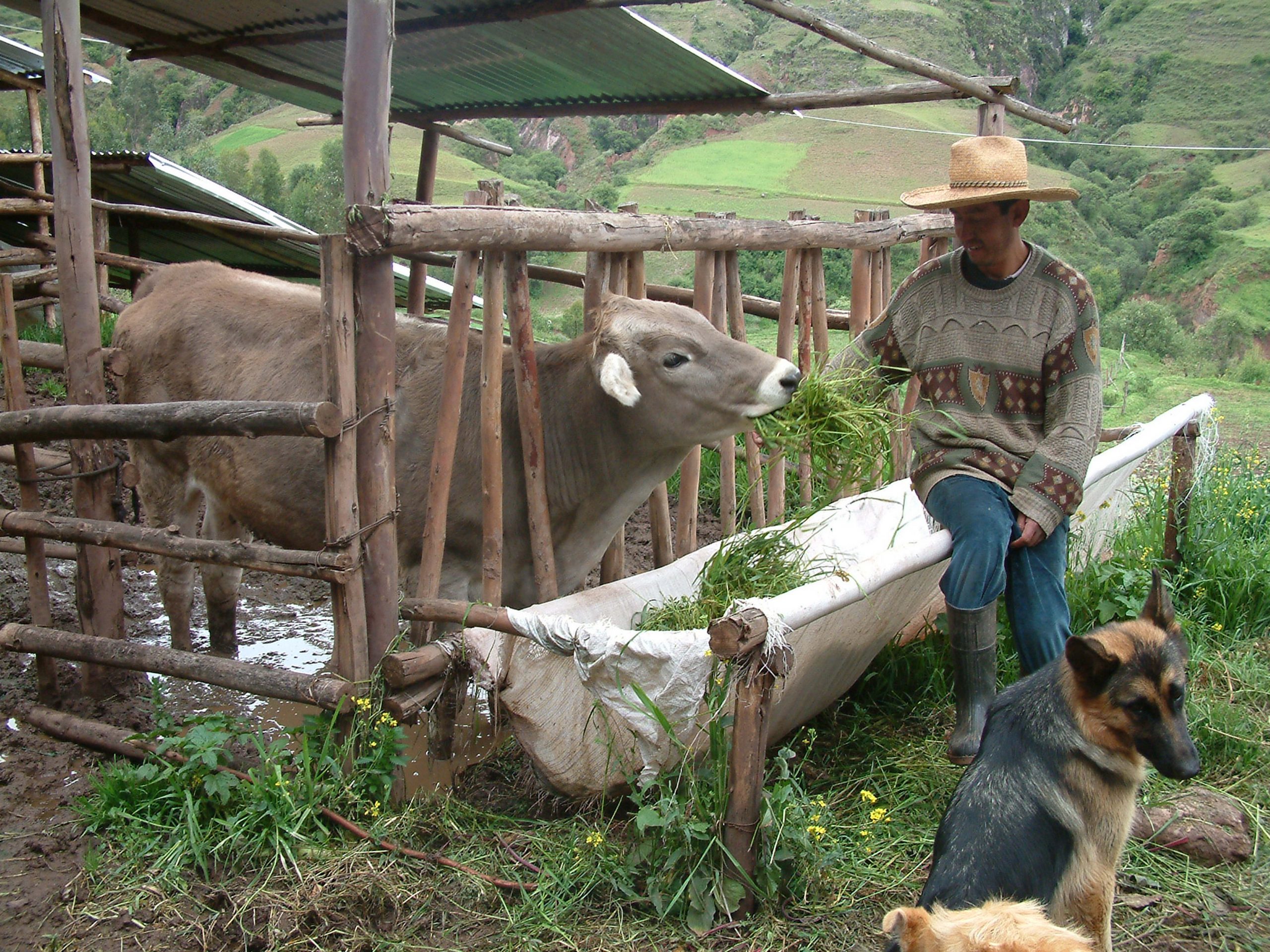 Ruth was kidnapped when she was nine years old. She had been poor—an orphan child who had spent much of her life scavenging for food in the littered streets of Cusco, Peru. Yet she longed for that life after she was towed five hundred miles away to a brothel outside of Lima. Forced to live a life of horror and condemned to physical and emotional abuse, Ruth was held hostage for more than six years.

A police raid on the brothel finally freed the 16-year-old from her servitude. But her hope did not last long. Dropped back onto the streets of Cusco—a home she no longer knew—Ruth was lost in a cruel world and haunted by memories.

Hope Projects help assure little children that the future will be better than the past.

But hope returned to Ruth’s life one morning, when a police officer arrested her for stealing. The officer took pity on the young girl’s plight and contacted Janet Lopez, the director of the Girls’ Orphanage supervised by the Hope Projects Foundation. Even though Ruth was too old to go to the orphanage, Lopez was struck by her story and determined that something needed to be done.

Within weeks, the Hope Projects Foundation had secured a makeshift area to house Ruth and other young women like her. This area was temporary until a more permanent “big girls’ orphanage” could be built. Donations from the United States paid for food, supplies, and clothing. Those who provided donations were given the opportunity to travel to Peru and participate in the service projects their donations made possible.

Like Ruth, many people throughout the high Andes are searching for one thing that feels impossible to find in their harsh circumstances: hope. The founder and director of the Hope Projects Foundation, Dr. Jerry Simons, wants to give hope to these people too.

What is the Hope Projects Foundation?

The foundation, which began back in 1967 as a small, non-profit organization, continues today to help people of Peru provide for themselves. When it began, it served only one or two villages. But over the years, it has grown to serve 61 villages—which, in turn, affects more than 556 thousand people.

It is funded by donations from anyone with a desire to help. Dr. Simons created the foundation because of the corruption he saw in various charities around the United States. “I wanted a way to donate to those in need without any of the money going to administration salaries, cars, travel, and so on,” he says. This is the beauty of the Hope Projects Foundation: every penny donated goes directly to help the Peruvian poor.

With the help of Hope Projects, villagers are able to build their own schools and find purpose and worth in their work.

How can you help?

The foundation’s website outlines several donation options. Anyone interested in helping can sponsor a child for $50 per month, pay for a village to receive a pig for $125 (to use for food or to trade), or donate money to build orphanages, schools, clean water systems, and much more. It is easy to help. Dr. Simons tells of a nine-year-old boy who donated 93 cents seven years ago to help pay for two ducks to be provided to a village. Today, there are over 200 ducks for the villagers to use for food and for trade.

People who donate also get the remarkable opportunity to participate in expeditions to Peru to see the difference their donations have made. These expeditions take place in the spring and last up to three weeks. According to Dr. Simons, volunteers travel to 16 or 17 villages to participate in the dedication of completed projects. The cost for the expeditions is modest and includes expenses only for travel, lodging, and food.

Hope Projects Foundation helps the people help themselves. As Dr. Simons explains, “Hope Projects provides building materials, farm animal pairs, and a little supervision and allows the people to do all of the work to build and then maintain what they build.” Not only does this program help people gain a sense of purpose and dignity, but it also ensures that the orphanages, hospitals, and systems stay intact and running for years to come.

Dr. Simons has dedicated his life to giving hope to the hopeless. When asked what the most rewarding part of the foundation is, he says it’s “seeing a people who live with a sense of nothingness, who are without hope, find light in their own spirits by building a school, a clean water system, or a medical clinic, or receiving a pair of oxen and sharing the plowing ability with their whole village.”

The Hope Projects Foundation has made a difference in the lives of hundreds of thousands of people. Only months after being given a home and a sense of worth, Ruth has grown into a mature young woman. The foundation built the Big Girls’ Orphanage and provided a psychologist to meet with the girls three times per week in order to help them progress. These girls are taught survival skills, hygiene practices, and strategies for returning to normal life after the horrors they have experienced. They find meaning in life through making friends and pursuing their educations. Though the horrible memories may remain, the girls at the orphanage learn that they no longer need to be defined by their pasts. Once left desolate, Ruth and thousands like her have finally found hope.