We Survived 2012: What do the Maya Really Believe? 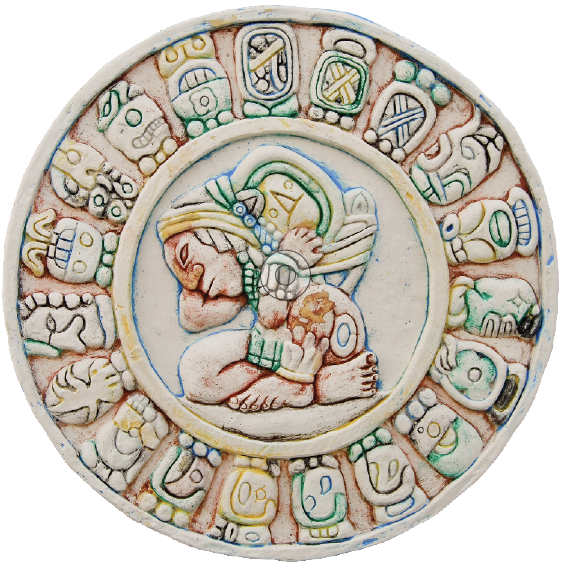 A Maya priest lifts a large conch shell to his lips and blasts a long, low note—the New Year ceremony has begun. Dressed in layers of traditional ceremonial clothing, he dances into the middle of the circle of villagers. They have come to watch the annual ceremony of rebirth for the gods and the entire world.

This is the actual celebration of the end of the Maya calendar. Allen Christenson, an archaeologist and Maya expert, says the Maya “don’t look at this ceremony as a reenactment. They look at it as the creation, so that time folds back on itself, and you actually return back to the moment of creation.”

The Maya used three different calendars representing both linear and cyclical systems of time: one tracked the day of the year (long count), and two tracked lunar and solar cycles. These calendars helped the people keep records of their past, present, and future in a way that, even today, we can read and understand.

The Maya doomsday myth was first inferred from an ancient Maya text mentioning December 21, 2012 (the end date of the Maya long-count calendar), in connection with the belief in a Maya destroyer god who appears to end and renew the world each year. Some archaeologists combined this visit with a belief that the world would come to an end with a bang—a prophecy from the Mexica people, who thrived hundreds of years after the Maya scene diminished. This myth grew until people around the globe began to fear the end of the world.

Christenson isn’t sure how any archaeologists could think the Maya believed that the world would end on December 21, 2012. “The Maya never said it would be the end of the world in 2012,” he says. “They like time. They calculated dates billions of years in the past, even further back than what we consider the Big Bang. But they also calculated millions of years into the future, so they obviously didn’t think things were going to end.”

Maya priests still perform the ceremony of rebirth every year for the 15 million Maya living in Mexico and Central America at harvest time. They believe that without the ceremony the world would die. Christenson says he once told a Maya priest about the 2012 hype. The priest laughed and responded, “Of course the world’s going to die in 2012. It dies every time the sun goes down, every harvest, every New Year. I don’t know why you’re worried about it—we always get it going again!”

Christenson sums it up: “Pretty much every Maya ceremony, ritual prayer, and literature has to do ultimately with rebirth—everything dies and is reborn.” This year, you can rest easy knowing that Maya priests are keeping the world turning. We only have to worry if the Maya die out.