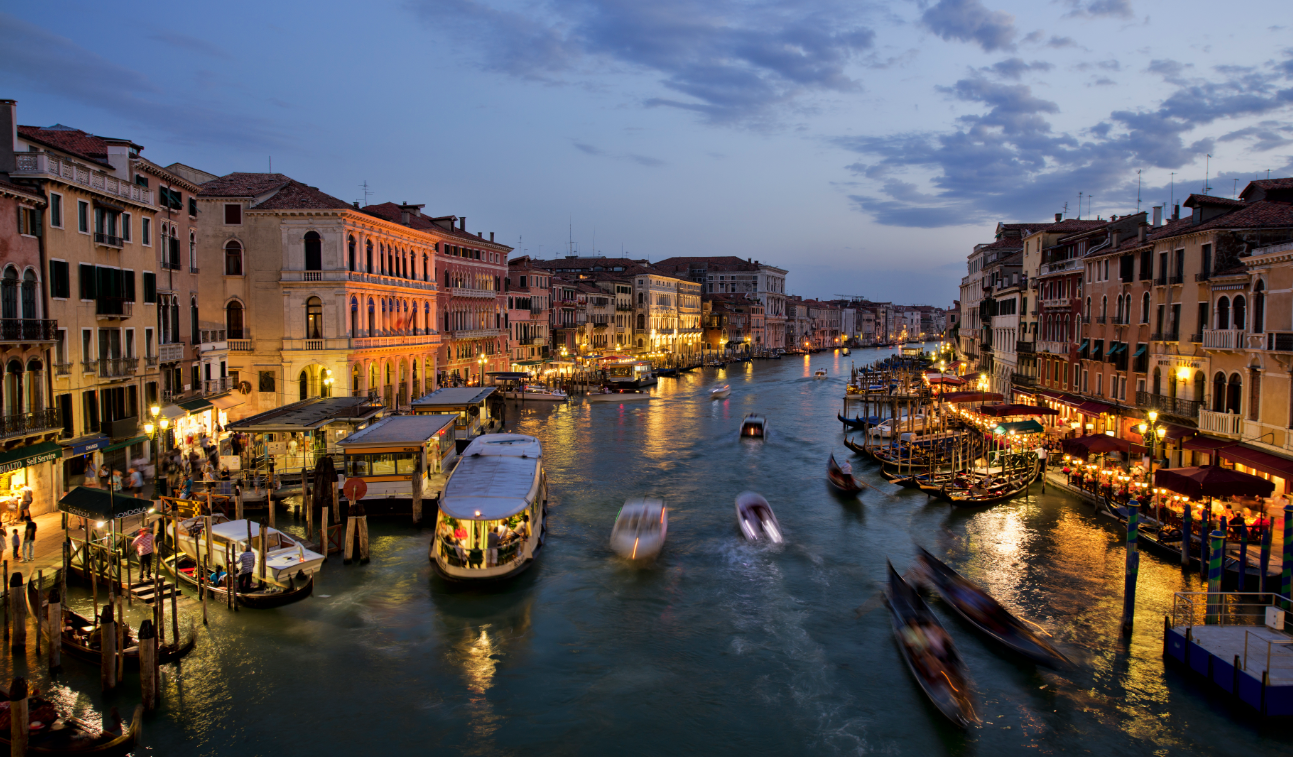 In the classic film Mary Poppins, street artist Bert teaches Jane and Michael the secret of traveling to wondrous places via his whimsical chalk drawings: You think, you wink, you do a double blink, you close your eyes, and you jump!

For centuries, artists have roamed the world, searching for that one place that would ignite their creativity. Jump on in, and we’ll take a look at places where famous artists found their inspiration.

Monet spent the better part of his life traveling around Europe, from the Netherlands to London and from Amsterdam to Paris, looking for but never quite finding his muse. Finally, in 1883, Monet found inspiration in his own backyard—complete with a picturesque garden, pond, and bridge—in Giverny, France. The father of modern-day Impressionism, Monet painted his most famous works, the Water Lilies series, without having to leave home. Monet’s spirit connected with nature in the plein air of Giverny, a city that continues to inspire painters and tourists alike with its beautiful scenery.

Plagued by depression and loneliness, Van Gogh led a rather tortured life. He journeyed between The Hague, London, and Paris, looking for something that would offset the darkness in his soul. He found this elusive light in the warm, vivid colors of Arles, France. Ironically, he found his inspiration not only in the sunshine, painting cheery Sunflowers, but also in the moonlight, painting several vibrant nightscapes, like Starry Night Over the RhÔne. Sadly, Arles didn’t turn out to be the refuge Van Gogh had hoped for—the townsfolk often raised petitions to have him sent away—but his sojourn there in the late 1880s did help him develop his distinctive style. You can see the reproductions on easels placed around Arles, commemorating the subjects of Van Gogh’s paintings.

Another fairly tormented artist, Munch traveled from Norway to Paris to Berlin and back to Norway, trying to solve the mysteries of his own soul. Perfecting the art of symbolism and German expressionism, Munch focused more on the internal landscape than on the external. While walking with some friends across a bridge, Munch, understandably affected by the bloodred sunset, sensed an “infinite scream passing through nature.” Those external surroundings inspired him to paint the four-painting series originally titled

The Scream of Nature (1893–1910), the terrible, introspective paintings that have haunted hallways all over the world for more than a hundred years. You too can look out over that same red sky that spoke so forcefully to Munch in Ekeberg. While crossing the bridge where he once walked, look for the plaque displaying the painting with the caption in Norwegian: “Skrik.”

This American painter traveled all the way to Europe to study Impressionism and Postimpressionism in the 1920s. A product of the Great Depression, Wood was motivated by the lives of people in the rural American Midwest. His most famous painting, American Gothic, was inspired first by a Gothic Revival–style cottage in Iowa. The stately European architecture juxtaposes with the simple American A-frame house, echoing the styles Wood studied while abroad. His other inspiration was the hardworking people that embodied the resilient spirit of the Midwest. Today, you can visit the Dibble House in Eldon, Iowa, dress up in classic Depression-era garb, grab a pitchfork, and get your picture taken in front of the iconic edifice.

A legend in the world of landscape paintings, English painter J. M. W. Turner worked principally with watercolors and oils. Known as “the painter of light,” Turner traveled all over Great Britain and Europe, searching for the perfect light. He eventually found it in Venice, Italy, where he returned often to find more inspiration as he studied the luminous melding of sea and sky. Through his study of light, Turner conveyed a new level of spirituality, portraying the power of God through his works. In 1835, he painted one of his most famous works, The Grand Canal, Venice. You can get that same spectacular view by taking a gondola ride through the canal.

A Japanese painter and ukiyo-e (wood-block prints) artist, Hokusai was inspired largely by Western art. Examples from his life suggest that he was constantly searching for something: he changed his name several times and lived in more than 90 houses. Departing from the traditional Japanese art of his time, Hokusai used the common man as inspiration for his woodcuts. In the 1820s, Hokusai created his most famous work, The Great Wave off Kanagawa. With this work, he restored an element of humanity into Japanese art by depicting lower-class fishermen being tossed amid giant waves, with the majestic Mt. Fuji minimized in the background. Enoshima boasts the most popular beach in the Kanagawa Prefecture. From that beach, you can gaze out at the same spectacular view of Mt. Fuji, the ocean, and the other beaches along Kanagawa’s coast.