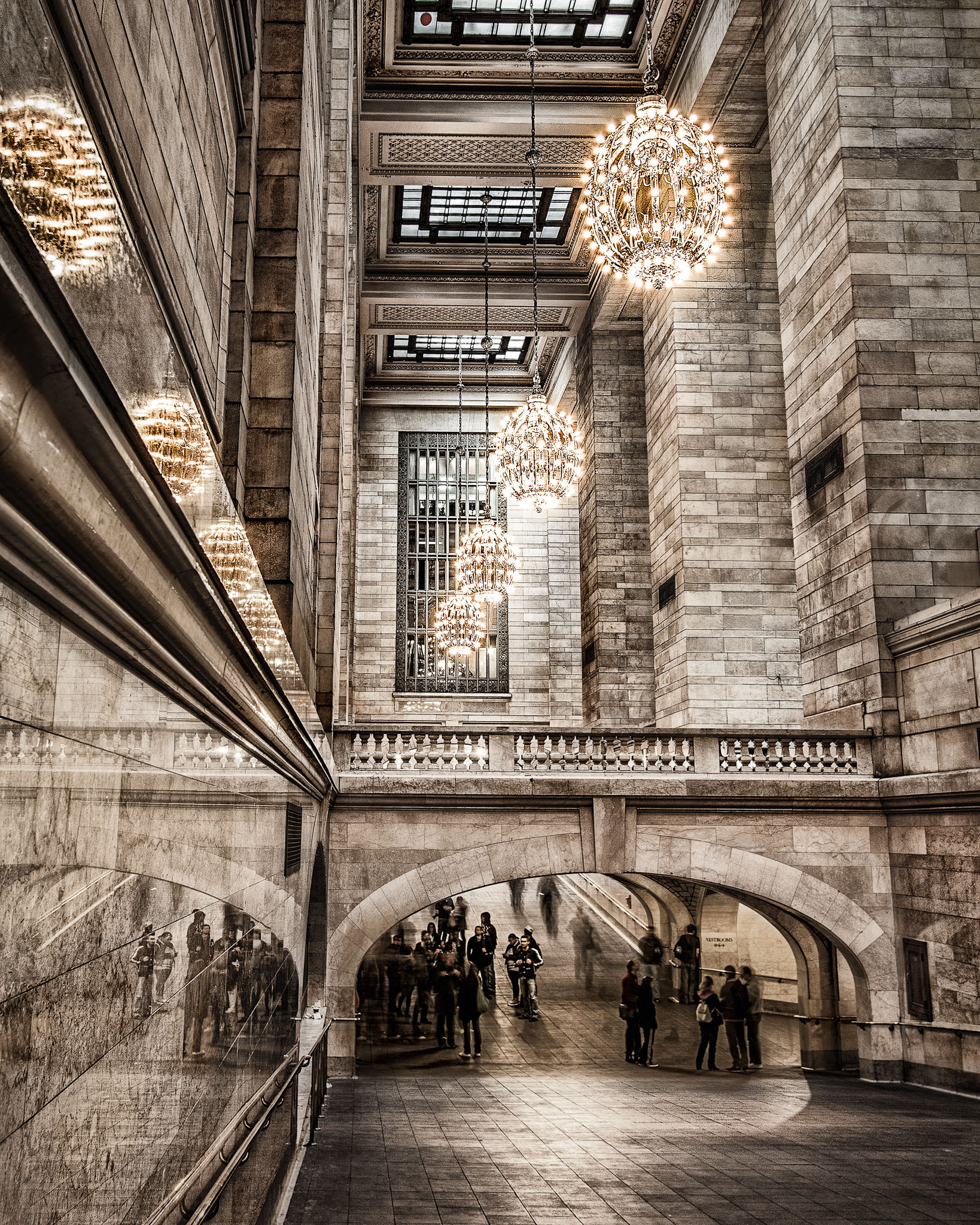 As the clock struck midnight on February 2, 1913, a crowd of 3,000 people rushed into the new Grand Central Terminal, eagerly awaiting the first electric train departures and arrivals. By the end of the day, more than 150,000 New Yorkers gazed upon the magnificence of Grand Central, a building that would become the heartbeat of New York City.

Today, the terminal, commonly known by its earlier name, Grand Central Station, stands as a celebrated and miraculous union of design and engineering, the first and only of its kind at the time. In essence, the triumphal gateway to New York City was created of the people, by the people, and for the people. This February, Grand Central Terminal, an American legacy, commemorates its one-hundredth anniversary.

In 1899, 14 years before the opening of the new terminal, the New York Times referred to the station as “a cruel disgrace.” Owned by railroad tycoon Cornelius Vanderbilt, Grand Central Station occupied 23 acres of railroad tracks; a deluge of steel and steam, creating an environmental nightmare as the trains spewed smoke, cinders, and noise. New Yorkers began to fear the Vanderbilts’ railroad monopoly, feeling it was too powerful and not conducive to public transportation. The speeding iron horses cruised heedlessly through dark tunnels and dangerous passageways. What was meant to facilitate travel became inconvenient and dangerous. Then on January 8, 1902, the public’s fears were confirmed: the worst train crash in New York history occurred ominously close to the dysfunctional station. Fifteen people were killed instantly; many others were burned and wounded. The city was enraged.

Outcries led New York to ban trains from running in the city. Something had to change. William Wilgus, a brilliant civil engineer, saw a solution: replace the iron trains with electric ones. Electric trains allowed railways to run underground, increasing travel capacity three-fold. The plan was simple, elegant, ingenuous. Wilgus’s $70 million project was self-financed, taking zero money from the already skeptical public. Developers began buying air rights to build businesses above the underground tracks on Park Avenue. Wilgus’s idea changed not only the future of the railway but also the landscape of the American enterprise. From 1903 to 1913, a new terminal housed the most organized and efficient electric train railing known to the world.

What makes Grand Central Terminal so majestic is its incredible architecture—the work of Whitney Warren. The exterior has three grand arches with a 1,500-ton sculpture of Mercury, Hercules, and Minerva. The entrance to Grand Central showcases the perfect balance of stamina, empiricism, and grace: Tennessee marble floors, high-scaling windows, and vaulted ceilings featuring a finely etched and painted mural of the night sky—not to mention the imposing scale.

For years, Grand Central Terminal reliably served Northeast America. During World War II, it acted as the main hub for transporting troops. A top-secret basement known as M-42 lies nine stories below the lowest floor. During the war, a shoot-and-kill order was enforced for anyone who entered the basement, since the M-42 controlled the movements of the trains carrying the troops. Today the location of the M-42 basement still doesn’t appear on maps.

Shortly after the war, airplanes replaced trains for long-distance travel. Although commuters still used the terminal, there were estimated losses of $20 million. Low funds led to a lack of propriety at Grand Central: broken water fountains were used as trashcans; dirty posters covered the walls; and the roof leaked. In 1968, plans to construct a 55-story skyscraper atop Grand Central would demolish either the Main Waiting Room or the palace–like façade.

New Yorkers got involved in 1975 and formed the Committee to Save Grand Central. News of Grand Central touched Jacqueline Kennedy Onassis, who dedicated her time to protecting the historic landmark. “Old buildings are important,” she said. “If we don’t care about our past, we cannot hope for our future.” Thanks to the former First Lady’s perseverance and a ruling by the Supreme Court in 1978, Grand Central Terminal was dubbed a historical landmark.

Since then, extensive renovations have transformed the terminal to reflect a city within the city; it features five exquisite restaurants and cocktail lounges, 20 casual international eateries, a Grand Central Market, and 50 specialty shops.

To commemorate Grand Central’s one-hundredth birthday this February, the city has planned several events throughout the year. A grander entrance to Vanderbilt Hall, the original Main Waiting Room, is underway, celebrating Vanderbilt’s railroad success. In May, a parade of historic trains will honor the terminal’s grand history. This fall, an exhibition called The Next 100 Years will showcase how Grand Central Terminal continues to inspire future travel innovations and improvements.

In 1913, the New York Times rescinded their words from 1899 and instead called Grand Central a “station, a monument, a civic center, or if one will, a city: the greatest station in the United States, but the greatest of any type in the world.” Grand Central Terminal is an echo of the past, of journeys that have been, and of journeys yet to come. So long as this heart of New York City continues to beat, the city truly will never sleep.