Branching Out: Reconnecting with Your Family Tree 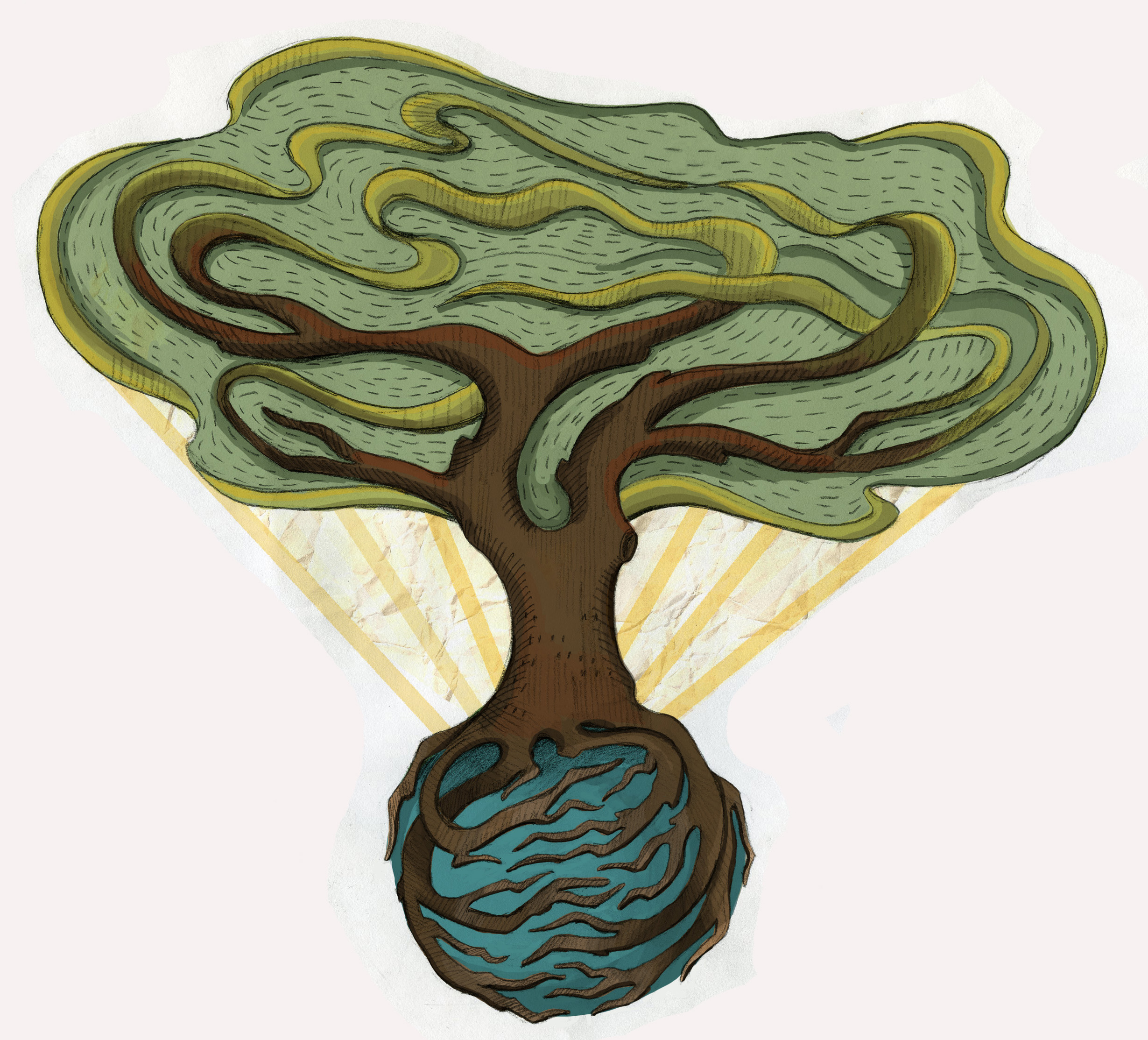 Turning his head away, Allan Escobar tries to hide his tears as he remembers meeting his grandmother for the first time. Escobar’s parents had emigrated from Guatemala and Mexico, making him a first-generation American. Escobar grew up in California, separated from his aunts, cousins, and grandparents on both sides of his family for most of his life.

“Everyone talked about my grandma—about how loving she was—and I wanted to know her,” Escobar comments, his eyes lighting up. At age 21, when his parents proposed a vacation to visit the relatives he’d always heard about but had never met, Escobar knew the trip would change his life.

Escobar and others like him recount their experiences as they have traveled back to find their family’s roots, met relatives, strengthened family relationships, and discovered an important part of their own lives.

Lily Ferguson, a young Mexican-American schoolteacher, also grew up in California and never knew her family across the border. When she was 14 years old and preparing for her quinceañera (an elaborate party to celebrate a girl’s 15th birthday), she knew she needed to have it in Mexico: “I wanted to experience the culture and meet the family I’d always heard about.”

For others, simply not knowing about their roots drives their curi­osity, especially if their parents have kept their life stories to themselves. Allison Lew admits that she didn’t know much about her mother’s life in Vietnam: “My mom immigrated in 1978 as a refugee. She was one of the ‘boat people’ that fled from the refugee camps. By traveling to Vietnam, I would be able to see where my mom came from—and know more about her and more about me.”

Whatever the driving force behind the trip, deciding to take it is the first step to discovering your roots.

Lily Ferguson of California celebrated her quinceañera in Mexico. In keeping with tradition, her family hired a mariachi band to perform. Photo by Lily Ferguson

Because traveling to find your roots is a unique experience, special preparation may be necessary. Although Escobar was eager to travel to Guatemala and Mexico, the idea of going to a foreign country intimidated him. “I did feel nervous about the trip because I wasn’t as comfortable with Spanish as I was with English,” Escobar laughs. “I used Spanish in emergency situations and only if I had to.” Luckily, language classes and online language resources can help reduce these anxieties. Escobar’s parents helped him prepare for the trip by practicing Spanish with him and boosting his confidence.

Trips like these will obviously be more family focused than any other vacation. “They’re about your relatives and making memories with them,” says Ferguson. She prepared herself to know not only her living relatives better but also those who had passed on earlier. With her mother’s help, she researched their family history and found birth certificates, burial locations, and newspaper clippings about their ancestors before visiting.
Professor George Ryskamp, a Spanish and Latin American genealogy expert at Brigham Young University, comments, “You are what your ancestors made you. Get to know who they are and what they’re like.”

How can you get to know your ancestors? Ryskamp offers a word of advice: “When you start, choose one ancestor and then think of a question you’d like answered. This will help guide you as you begin to discover your family.”

After all your preparation, finally getting to your destination can be quite a shock. Ferguson remembers, “My biggest shock was in the airport in Mexico when I realized everything was in Spanish!” But the shock wore off soon after meeting up with the other branches of her family tree. “All the stories came to life when I was there. I got to meet my family and it was real. The names finally met up with faces.”

Cynthia Sandoval, whose parents both emigrated from Mexico, agrees. “You see pictures all the time, but it’s not the same as in person.” She decided to take a trip to Mexico with her sister. “We thought it’d be nice to go just the both of us, and our parents supported us.”

Sandoval first visited Guadalajara, Mexico, where her mom grew up, and later, Mexico City, where her dad was from. She experienced what life was like for her family. “In some areas, it was kind of ghetto, but I was surprised how happy the people were under their difficult circumstances.”

While there, Sandoval remembers coming to a startling realization. “I kept thinking that I was ‘this close’ to having a completely different life.” If her family had stayed in Mexico, she would have grown up in the same house where her dad was born, lived in the same poverty, and probably never gone to college.

Escobar had similar feelings when he traveled back to Guatemala City, Guatemala, where his father was born. “I thought ‘Wow! This is where my ancestors are from,’ and I realized what I could have grown up with.” He recounts having to use a bucket to shower with while there and having to heat water on the stove—a lifestyle extremely different from his life in California.

After three weeks, it was time for Escobar to leave, and he wasn’t at all prepared to say goodbye. “I kept thinking to myself, ‘When are you going to see these people again?’” He had finally established a real relationship with and a love for his family members that made him reluctant to leave. “I realized that I really did love these people, even though I had only spent a month out of my whole life with them.”

While saying goodbye was hard, Ferguson focused on the memories she would carry with her and the promise of future return trips. “While I was there, we celebrated life. It was an opportunity to learn more of who I was, and even though I was leaving, I knew that I’d be coming back, and soon.”

Looking back on his trip, Escobar admits that it changed his life. “Everyone grows up differently, and when you travel back to your roots, you appreciate what you have and the sacrifices your parents made for you. It was such a humbling experience.”

Professor Ryskamp adds that although we all come from different backgrounds, we all have family. It is our family that helps define who we are, and we have a responsibility to learn about them and their stories. “When you travel back to your roots, it’s a chance to get away from the computers and hearsay. You can actually get a feel for these people’s lives. It changes your perspective and way of seeing the world around you.”

Ferguson agrees: “In person, you can build those connections better. It adds flavor to your life. It’s an advantage to go and see your family because you get the ‘real’ perspective of what it’s like to live there and not see things only as a tourist.”

Sometimes we need that change in perspective to help us realize what’s really important. For Sandoval, taking a trip like this was a must. “I was so mad it had taken me so long! It had always been in the back of my mind, but things always seemed to come up to interfere.” Shaking her head, she realizes how shortsighted she had been. “Now I know that family is the most important thing you have. So don’t make excuses. You won’t regret it!”