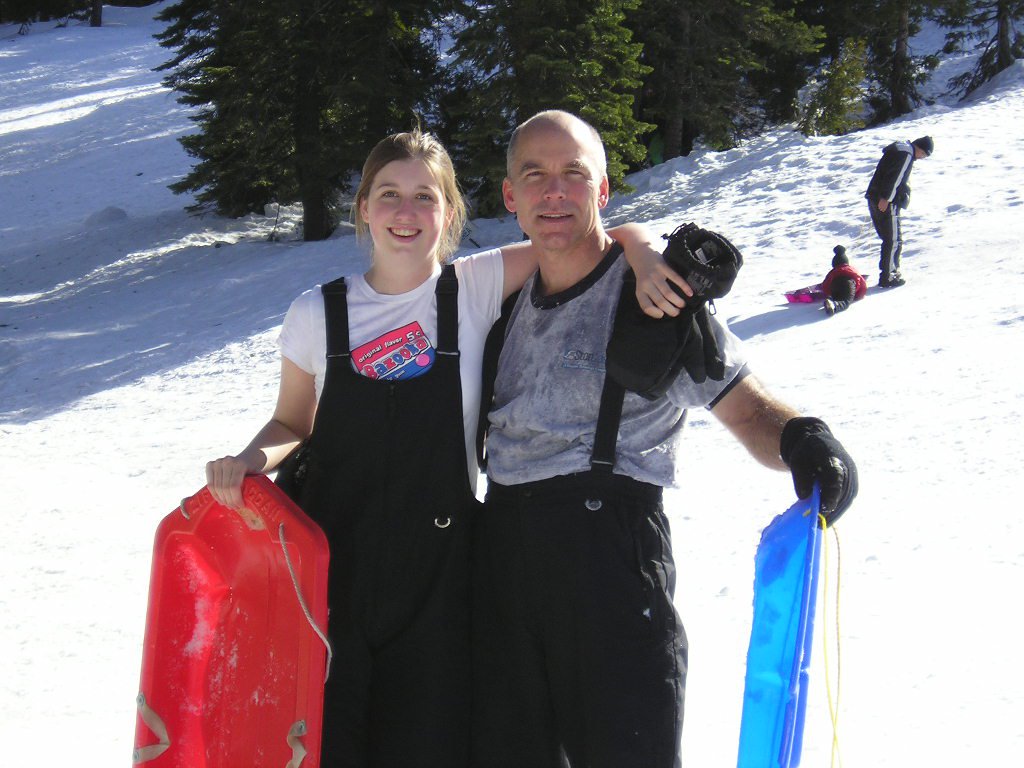 My dad instilled a love of travel in me ever since I can remember. In his work, he constantly traveled, mostly to techie conventions and rooms with giant computers and webs of colored wires.

He brought home presents for my siblings and me when he came home from his many adventures. At least we thought they were adventures. Really, he spent more time sitting in front of computer screens and waiting in airports than doing fantastic sightseeing. But just the names of the places were enough to light a spark in my mind.

When I was 14, I spent a day with my dad sledding down a hill in the Sierra Nevada in California.

During a summer he spent in China, he sent us a photo of himself in front of a propaganda poster of Mao Zedong in Tiananmen Square. The caption read, “Look, Mao and I have the same haircut!” It was true; they had the same uncompromising tufts of grey hair on either side of a shiny, domed head.

Today, my dad is no longer with us. He lost a battle to colon cancer on February 21, 2012, during the production of this issue of Stowaway. It has been difficult for me to carry on when sometimes all I feel is the loss of half my world. Luckily I had the support of an amazing staff that picked up the slack when I was busy traveling from school to home and back again.

Before he died, I told my dad that I intended to dedicate my work on Stowaway to him. He replied that all he wanted was for me to do my best. Well, Dad, this is our best. We worked hard to find the best tips, the best stories, and the best places to highlight from this amazing world. I hope that our best will light a spark in someone’s mind and inspire them to make the best out of what the world has to offer.