Freedom on the Open Road 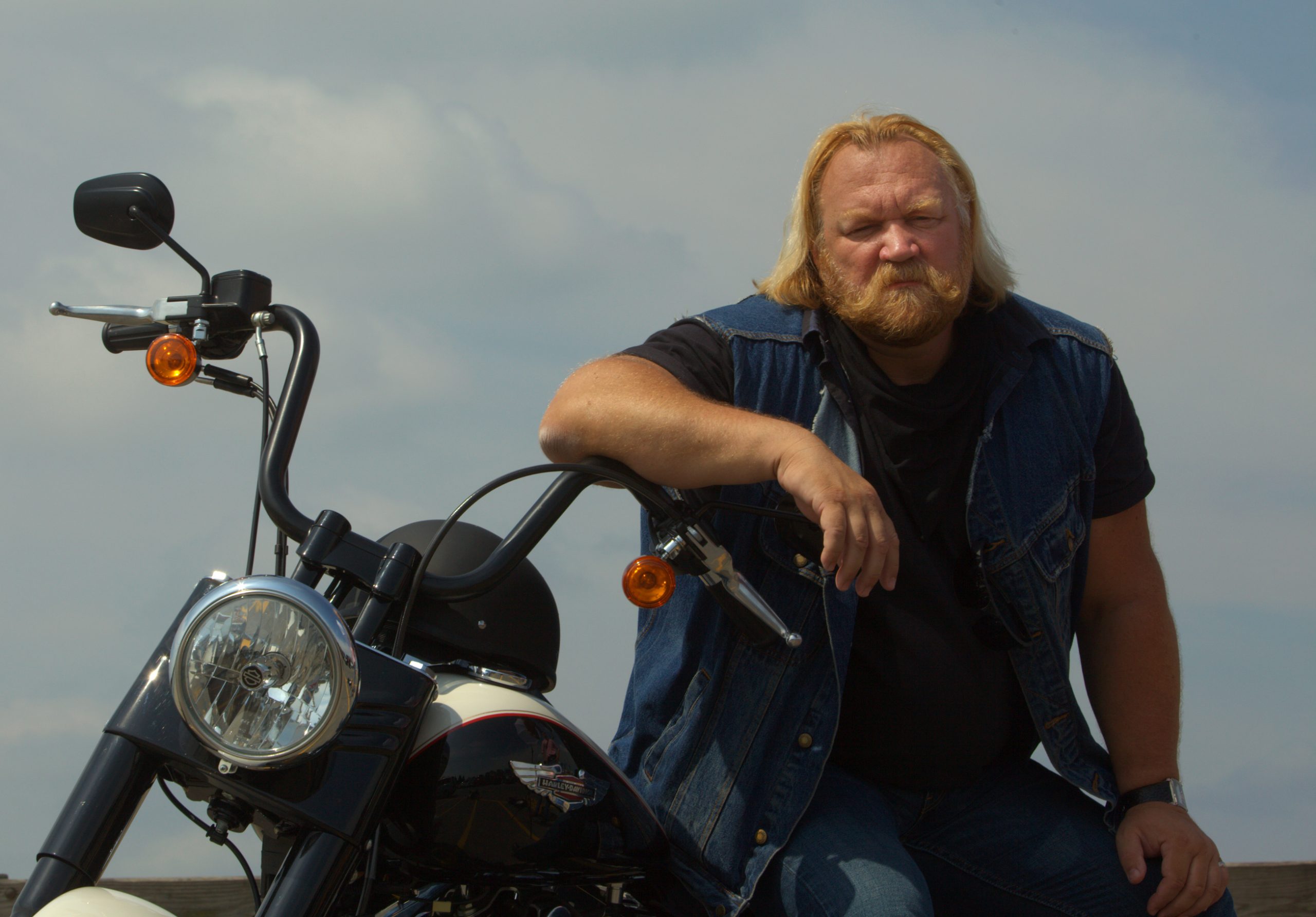 Although Ellsworth is often out on the open road, he usually begins each episode in his “man cave”—the American Ride studio in Utah. Photo by Mark Philbrick

For a guy like Stan Ellsworth, motorcycles rather than cars are clearly the way to travel.

“In a car, you’re locked away,” he says. “You have your own environment in there; you’ve got your stereo, your air-conditioning, etc. You just took your environment out of your house, put it in your car, and it goes wherever you’re going.  The thing that’s great about the motorcycle is that when you get out there, you’re a part of it.”

Who is Stan Ellsworth? Most recently, he is known as the host of BYUtv’s new series American Ride. As the show’s host, Stan Ellsworth takes viewers roaring onto sites of the greatest moments in US history.

His road to the entertainment industry was long and speckled with coaching, studying, and teaching. He even dabbled in professional football, playing a season for the Detroit Lions and the Seattle Seahawks—but by his own admission wasn’t a superstar. From there, he coached football at East Stroudsburg University and the University of Pennsylvania. After his wife died, Stan moved to Utah, where he could teach high school and raise his five children close to his parents. His first priority has always been his family.

In Utah he taught school and started working in the entertainment industry, acting in movies such as Disney’s Luck of the Irish and High School Musical 3. However, it wasn’t long before Stan realized that in entertainment “you either create work for yourself, or you don’t work.” With this new creed, Stan created a show that takes him and his co-star motorcycle from iconic historical towns to famous battlefields and shows how America came to be.

Here’s what Ellsworth has to say to Stowawayreaders.

How did you come up with the idea for American Ride?

I thought, I really love motorcycles, and I can put my degree to work for me. Because what are you going to do with a history degree? You’re going to work in entertainment with it and tell other people about how important history is. And generally when we think of history class, it’s about as boring as chemistry. So we wanted to wrap our history teacher in leather, denim, chrome, and steel. Make it so he’s not going “Anyone . . . anyone . . . Bueller. . . .”

We believe that we’ve made a show that makes history, if not cool, at least really interesting. Americans can come culturally or ethnically from anywhere, but America comes from the heart, and that’s the message that we want people to understand: that this heritage, these stories are ours.

Why did you choose a motorcycle?

We wanted people to say, “This is cool. I want to watch.” We wanted to reclaim the motorcycle persona because freedom without responsibility cannot endure; liberty without accountability will not last. You can wear leather, you can grow your hair, you can not shave, you can go shirtless—and still be responsible and accountable and an individual of integrity.

On the motorcycle you’re part of history. It’s not like anybody’s taking a shot at you, but you’re there. And the feelings, the memories of the battlefield, you can experience those, and that’s pretty cool.

What particularly moving historical sites have you visited?

Do you have any tips for visitors to these historical sites?

Stan Ellsworth brings history to the masses on his Harley Davidson. Photo by Matthew Healey

A lot of people, when they go to places like the field of Yorktown or Gettysburg, look at those places and say, “It’s a green field.” Don’t do that. Find out what happened there, because it’s dramatic and it’s important, and it’s not just a battle that occurred there.

Young men gave their lives for something they believed in. And when you go there respect their sacrifice and treat it almost like it is sacred ground. Because where that individual died should be held as at least important in the American conscience, which is why we preserve these battlefields.

Is there something that you feel we should all keep in mind with this year’s election?

There is a Power that desires that this nation be a light and a beacon of freedom to the world, and we need to live up to the expectation that Providence has placed upon us. That’s why it’s important to remember who we are and where we came from—and remember who it was that paid the price for this liberty that we enjoy.