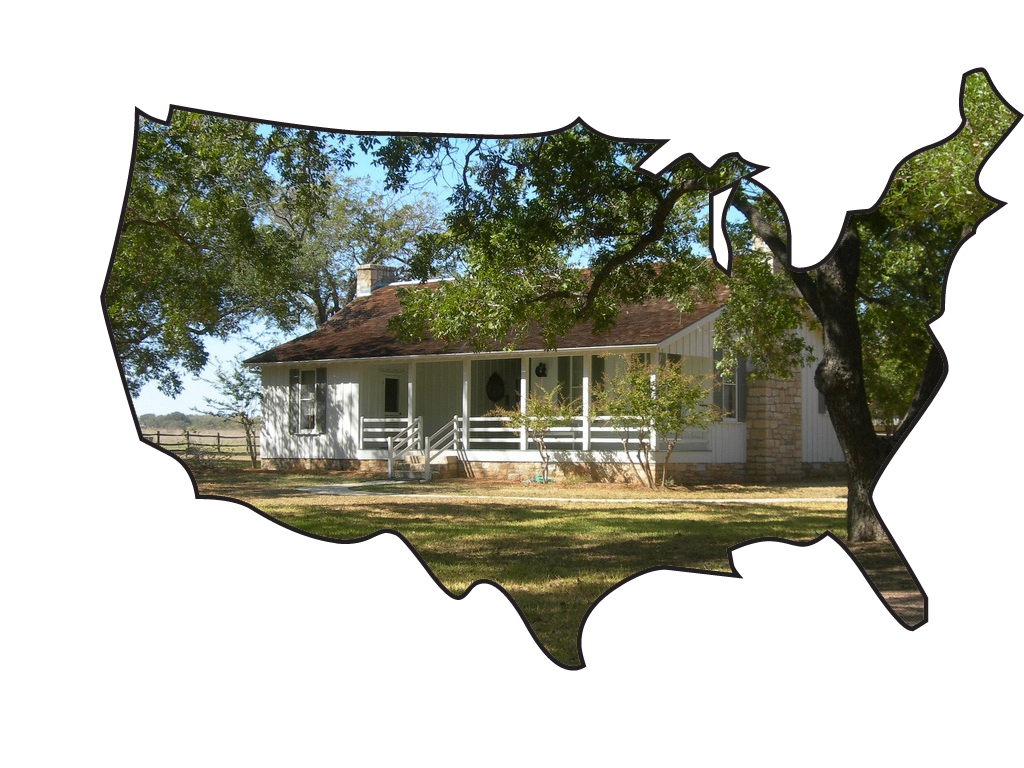 Any person in the United States can tell you that Abraham Lincoln was known for his honesty and that George Washington crossed the Delaware. However, they might neglect to mention that Lincoln is also the only president to ever hold a patent and that Washington was the first breeder of American mules.

Each of the 44 American presidents has made a unique contribution to the nation—for instance, the twenty-ninth president, Warren G. Harding, made his mark when he lost a set of White House china in a poker game. Take time this election year for some historical sightseeing. At each of the presidential birthplaces, you can learn about the dynamic men who eventually became presidents of the United States. Here are a few samples.

Located in the idyllic foothills of Southern California, Nixon’s birthplace is a small house that Nixon’s father built using a homebuilding kit. The grounds also house Nixon’s Presidential Library, the graves of Nixon and his wife, and a museum. Notable items among the museum’s collection are a group of formal gowns belonging to the First Lady and her daughters, the president’s private helicopter, and Watergate memorabilia.

Visitors to the LBJ Ranch (pictured above) can gain a complete picture of Johnson’s life, touring not only his birthplace, but also the Texas White House (Johnson’s presidential residence away from Washington), the Johnsons’ cemetery plot, and the first school Johnson attended. In addition to the historical sites, the ranch contains more than 7,000 species of native plants, features a number of LBJ’s cars, and sponsors an annual 100-mile bike race.

Entrance fee: None, but some tours have minimal fees
Reservations: Required for groups over 25
www.nps.gov/lyjo

The small apartment where Reagan was born is included in Tampico’s Main Street Historic District. All of the buildings along the street have been restored and offer tours to the public in order to represent early twentieth-century life in rural, small-town Illinois. The street is frozen in time at the period of Reagan’s childhood, giving visitors a peek into the upbringing of the man who would dazzle America first on the silver screen and then in the White House.
Entrance fee: None
Reservations: None
www.tampicohistoricalsociety.com

Visitors to Kennedy’s hometown can take ranger-guided tours of his childhood home and neighborhood or meander through the home while listening to an audio tour in which Mrs. Rose Kennedy shares her memories of raising the Kennedy brothers. The home is a good representation of typical suburban life as it was in 1917.

Roosevelt was the first president to receive the Nobel Peace Prize, the founder of the Bull Moose Party, and an author, naturalist, historian, and explorer. Fans of Roosevelt’s “bully pulpit” can tour a reconstruction of his boyhood home, view hundreds of his personal items, and hear fascinating stories from his colorful life. The artifacts on display include campaign buttons, hunting rifles, and even some of the original teddy bears that earned him his name.
Entrance fee: None
Reservations: Groups over 10
www.nps.gov/thrb

This working version of an eighteenth-century colonial plantation gives visitors an authentic feel for where Washington grew up. In addition to live animals and tobacco plants, Washington’s birthplace features a miniature version of the Washington monument, costumed demonstrations of colonial crafts, and a bird-watching challenge.

Entrance fee: None
Reservations: None
www.nps.gov/gewa