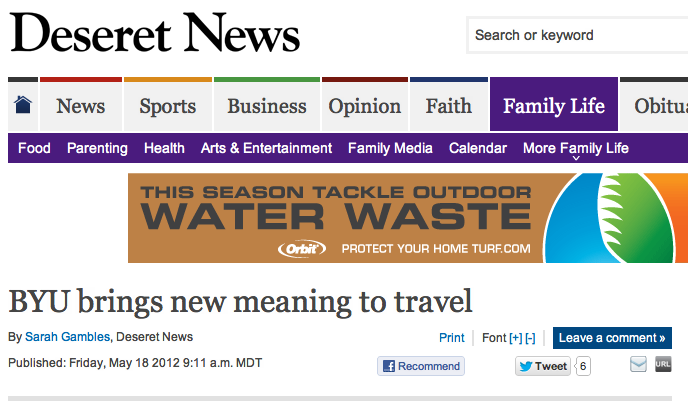 Read what one of Salt Lake City’s major newspapers, The Deseret News, has to say about Stowaway’s take on travel.

PROVO — While traveling hours away from civilization in Paraguay, Marvin K. Gardner discovered how much he had in common with even those clear across the world.

As a managing editor, he was looking for a subject to interview for an edition of Liahona Magazine. While searching for someone who could understand his dialect of Spanish in a small village with dirt roads winding through the streets, he found just what he needed. A man was sitting in a chair leaning against a tree with a recent copy of the Liahona Magazine in Spanish.

“It made me realize that what I’m doing really is reaching out there,” said Gardner, who is also a BYU humanities professor. “That’s why I’m so committed to magazines as a format to reach a lot of people.”