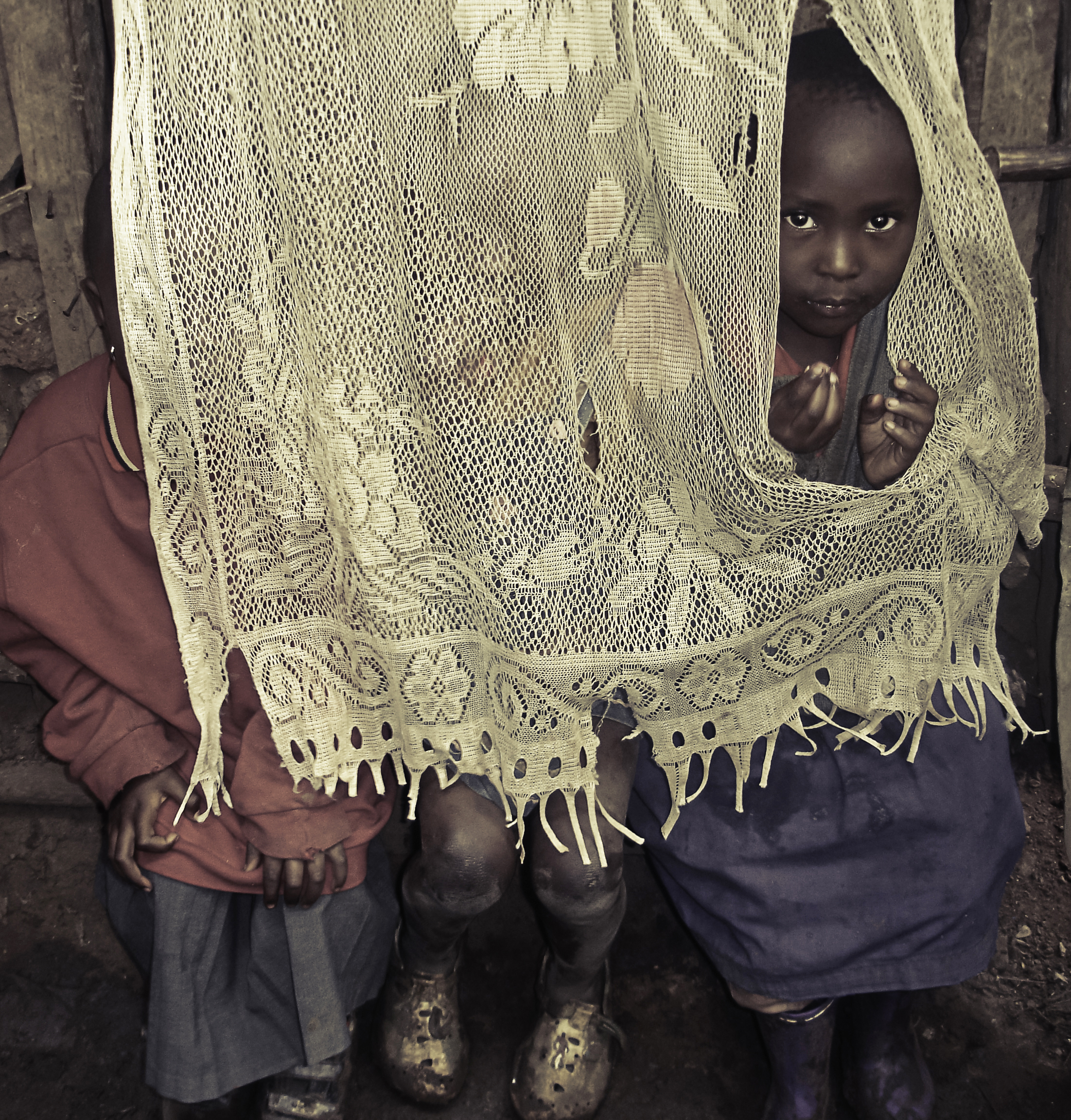 This image was captured in Kibera, Kenya, at an orphanage called Siloam. I volunteered as a schoolteacher and an orphanage worker for a summer. Four hundred students who cannot afford to go to a government school attend Siloam. Orphans sleep three to a bed, but are happy to have 70 brothers and sisters. Here I learned from the children how to find joy in deprivation. This image is a moment of singing and laughing that I stumbled upon. These orphans may be hidden from the rest of the world, but as they peek through the cloth they beckon to be seen and taken care of.

In one of our most recent roadtrips, my family and I had the opportunity to visit the mystic territory of Austria. Austria’s culture is extensively influenced by music. It is not by chance that Vienna is still the world capital for classical music. However, it wasn’t in the crowded streets of the capital where we found untainted Austrian music; it was instead in the midst of the small village of Hallstatt, considered by many as the most beautiful village in the entire world.

After taking a quick dive in the freezing lake, my family and I decided to go to the major plaza. As we sat on an empty stage placed in front of the central fountain, we heard some vigorous Austrian voices approaching from one of the alleys. Eight musicians dressed in Alps traditional clothing and carrying their instruments jumped onto the stage and began to play. I promptly took out my fisheye lens and took a picture from where I was seated. People slowly joined the irresistible music, and Hallstatt was soon the privileged home for a fantastic dance celebration.

This photo was taken from the front gate of my host family’s house in Phnom Penh, Cambodia. Every weekend, the monks would go from house to house, waiting patiently outside each gate. They would bless those who came out and gave them water, food, and money, and then they would move on to the next house. I like the orange of the monk’s robes and the way it sets him apart from his surroundings, both literally and figuratively. Though a major part of everyday Cambodian life, monks live a life completely dedicated to Buddhism, which separates them from the rest of society.