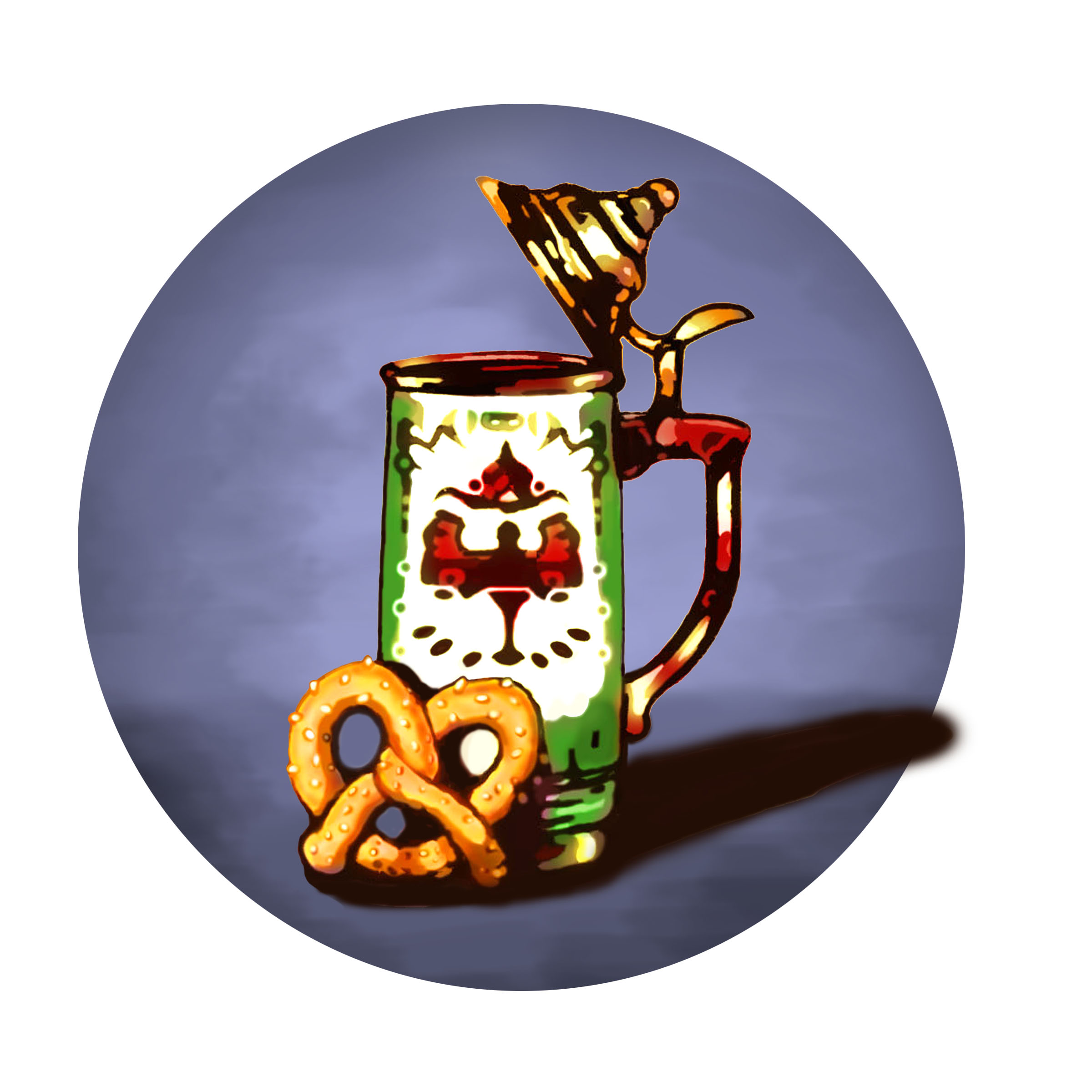 Considering the pretzel’s many varied forms, it is no surprise that this tasty treat is probably the world’s oldest snack. An Italian monk around AD 610 is attributed with creating this delightful little treat as a reward for children who successfully memorized their Bible verses and prayers.

Since then, pretzels have become linked with many different Christian holidays due to their religiously symbolic shape: the three holes representing the Trinity and the crossed design reminding people of prayer and worship. The modern practice of Easter egg hunts began with children hunting for pretzels on Easter morning.
Despite its religious background, pretzels continue to be used in less religious ways in festivals and celebrations.

On the fourth Sunday of Lent in Luxembourg, the citizens celebrate Bretzelsonndeg (Pretzel Sunday). On this day, it is customary for men of all ages to present their sweethearts a large cake in the shape of a pretzel. To encourage the man’s feelings, the sweetheart returns the favor on Easter Sunday with a chocolaty, sweet egg of equal size. During leap years, the roles are reversed, and the women get to present their sweethearts a pretzel-shaped cake and wait until Easter for the response.

Many claim that the Germans perfected the pretzel, known as Laugenbrezel. German pretzels have a unique, dark crust, originally the result of a baker who accidentally dropped a few pretzels in some laugen (lye), a sodium hydroxide solution used to clean countertops. The baker decided to cook the pretzels anyway, and the pretzels came out with a unique appearance and taste.
In Schwaben (Swabia), citizens celebrate the new year with pretzels. During this time, pretzels are made with milk-dough or sweet yeast dough. The pretzels are used as a symbol to wish loved ones luck and well-being.

In Munich, Oktoberfest is celebrated with pretzels. It is common for these pretzels to be made in many shapes, sizes, and colors. When walking through the many festivals during this time, you’ll often see patrons enjoying pretzels with white sausage and a ridiculously large stein of wheat beer.

It is rumored that the Philadelphia pretzel actually got its start 75 miles west of Philadelphia, in a small town named Lititz in 1850. The story goes that a bread baker, Ambrose Roth, showed hospitality to a hobo by giving him a warm meal and a place to sleep, and the hobo returned the favor with a recipe for the pretzel. Roth’s apprentice, Julius Sturgis, then started the first pretzel bakery in the United States.

A more likely story is that the Pennsylvania Dutch (a German group) brought the pretzel to the United States, where it found a special home in Philadelphia. Today, Philadelphians consume 12 times as many pretzels as the national average. Many celebrate National Pretzel Day on April 26. The Philly Pretzel Factory, the world’s largest Philly-style bakery, celebrates on this day by handing out free soft pretzels in all 100 of its franchised locations.