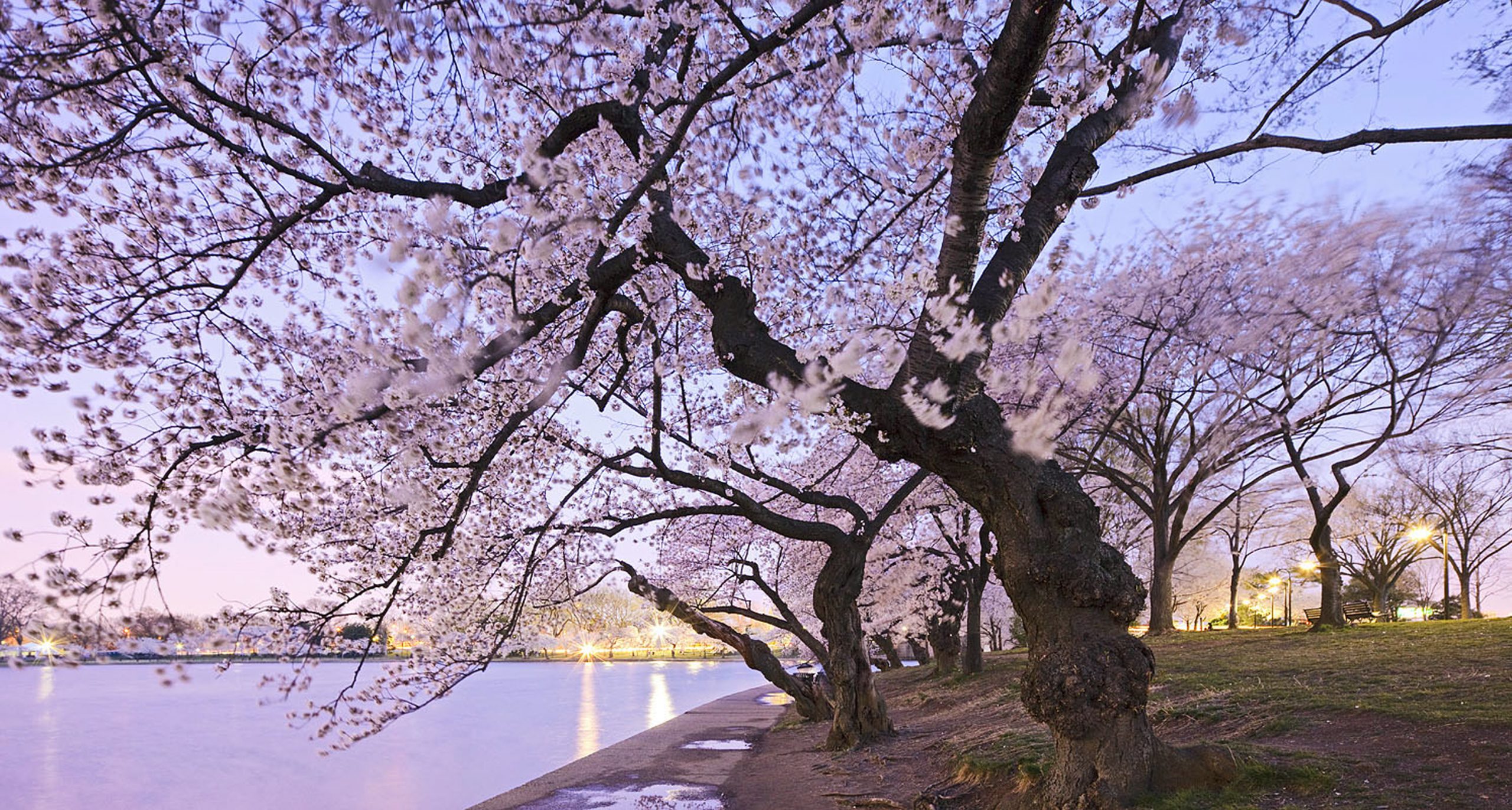 These fragile flowers, also known as sakura blossoms, are highly symbolic because of their short but recurring life. They represent extreme beauty and a quick death.

Every spring, Washington, DC, wakes from its wintertime slumber in dazzling shades of pink and white bursting from the blossoms of thousands of cherry trees. Millions of visitors flock to the nation’s capital to admire the blossoms and celebrate spring with the National Cherry Blossom Festival. But the attraction is more than just beautiful flowers. Over the 100 years since their planting, these cherry trees have come to symbolize friendship, hope, and—in true spring fashion—renewal.

“The gift of trees and springtime brings to mind rebirth and renewal,” explains Danielle Piacente, Communications Manager of the National Cherry Blossom Festival, “and people celebrate and come together over them.” But what are they celebrating exactly? How come the National Cherry Blossom Festival is known as the “greatest springtime celebration”? The quick answer is that the trees are beautiful. But the history goes deeper than that.

In 1885, Eliza Scidmore—an American writer, photographer, and geographer—visited Japan and became enamored of the cherry trees there. Upon returning to DC, she proposed to every new superintendent of the Office of Public Buildings who came into office that cherry trees should be planted along the barren Potomac waterfront. Her requests went unanswered for 24 years.

Finally in 1909, opportunity knocked. Dr. David Fairchild, a US Department of Agriculture official, began promoting the success of his own cherry trees in the Chevy Chase area. With this proof in hand, Eliza was able to write a letter to the First Lady, Helen Herron Taft. Eliza’s idea was to raise the funding herself to purchase additional trees for the area. The First Lady listened.

Through efforts of Dr. Fairchild, Eliza, and the First Lady, the United Stated planned to pay Japan for the trees. However, a Japanese chemist, Dr. Takamine, had a greater vision in mind. Dr. Takamine offered to donate 2,000 cherry trees from Tokyo to the United States as a symbol of friendship. The trees arrived on January 6, 1910.

The friendship this gift symbolized was soon tested. During the Department of Agriculture’s inspection, the trees were found to be infested with insects and infected with disease; as a safety precaution, they were all burned. True to the spirit of friendship, however, the two countries didn’t get caught up in political battles of hurt feelings. Dr. Takamine and the mayor of Tokyo replaced the trees. Not only did they pay for the replacements themselves, but they also increased the number of trees from 2,000 to 3,000.

On March 26, 1912, more than 12 varieties of cherry trees arrived in Washington, DC. The next day, First Lady Helen Herron Taft and Viscountess Chinda, the wife of the Japanese Ambassador, planted the first two cherry trees, marking the first year of the Cherry Blossom Festival. Since then, the festival has continued to foster cultural unity. “The gift of trees was one of friendship and cross-cultural understanding,” explains Piacente, “and the festival absolutely symbolizes that today.”

The story of the cherry trees is retold every year during the festival’s opening ceremony. Both traditional and contemporary performances have been used to explain how the festival grew from that first day with only a handful of officials present to a two-week celebration with more than a million visitors. Through it all, the focus is on Japan. “Japan is really at the heart of the festival,” says Piacente.

This year, the Sakura Matsuri—the largest Japanese street festival in the world—will take place on April 14 as part of the Cherry Blossom Festival. Food, art, merchandise, and entertainment from Japan will be exhibited.

But the story of renewal and friendship didn’t end with the gift of 1912. In 1982, a flood destroyed a large portion of Japan’s cherry trees. In response, the United States was able to send Japan 800 cuttings from Tidal Basin to help replace the trees.

Years later, right before the 2011 Cherry Blossom Festival, Japan was hit by an earthquake and tsunami. “Since they gave us the gift of trees, it was really important to us to do all we could for the people of Japan in their time of need,” remembers Piacente. Relief efforts began immediately; in addition to online auctions and fundraising parties, another fundraising effort, “Stand with Japan,” brought people together—from the general public to Ambassdor Ichiro Fujisaki. All the donations from that event went to the American Red Cross and to the Japan Earthquake and Pacific Tsunami fund. As Piacente recalls, “We brought everyone together in the spirit of hope and rebuilding for the people of Japan. We wanted to let them know we were thinking of them.” The story of renewal and friendship had come full circle.