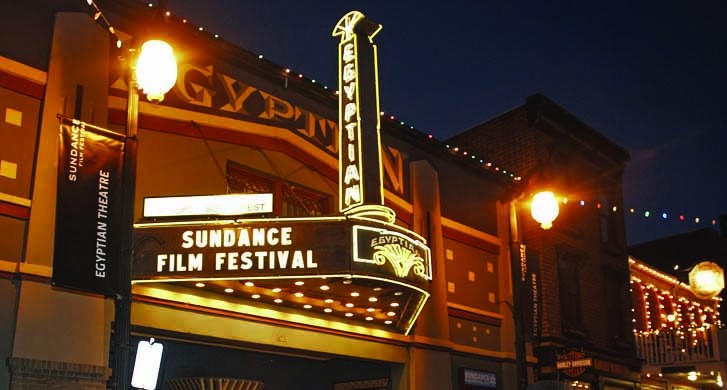 The Egyptian Theatre in Park City is an indy-film hot spot. Photo courtesy of Raffi Asdourian

in·dy ‘in-dē n, adj : Short for independent and used in phrases such as “indy films.” Doesn’t always mean low-budget. As a movement, “indy” connotes trendy-while-pretending-not-to-be-trendy. One who is “indy” may sport uniquely shaped hats, retro glasses, and eco-friendly duds.

Sundance Film Festival is even more enthralling than its intriguing name sounds. This weeklong independent-film festival—complete with controversial movie premiers, appearances by the rich and famous, and yuppie followings—is movie history in the making.

Essential to the art community, Sundance Film Festival provides a stage for filmmakers to be recognized for their innovative art, uninhibited from mainstream media and popular trends. The tradition started 31 years ago atop Sundance Mountain, Utah, with Robert Redford and a group of film friends who were willing to take filmmaking risks. Now Sundance Film Festival graces four locations in Utah: Salt Lake City, Ogden, Sundance, and Park City. It not only provides a stage for independent films, but also donates funds for the development of unique stories.

Spot stars such as Greg Kinnear at forums. Photo by Brandon Joseph Baker and Sundance Institute

There are dozens of categories of films and awards: screenwriting, cinematography, short, and more. Many award winners have gone on to win Academy Awards. Sundance is the place where no-names become famous and small ideas become society-rattling statements.

A perfect example of Sundance’s influence is last year’s winner of Cinematography and Grand Jury, Hell and Back Again, a film by Danfung Dennis. Flashing from the horrors of war to the horrors of home, this documentary tells the story of an American soldier returning home from battle—an emotional and controversial subject. Because of Sundance Film Festival, this film is now hitting select theaters around the nation and stirring the emotions of audiences worldwide. Sundance Film Festival is just as important to artists finding a stage for their craft as it is to viewers expanding their perception.