To Err Is Human 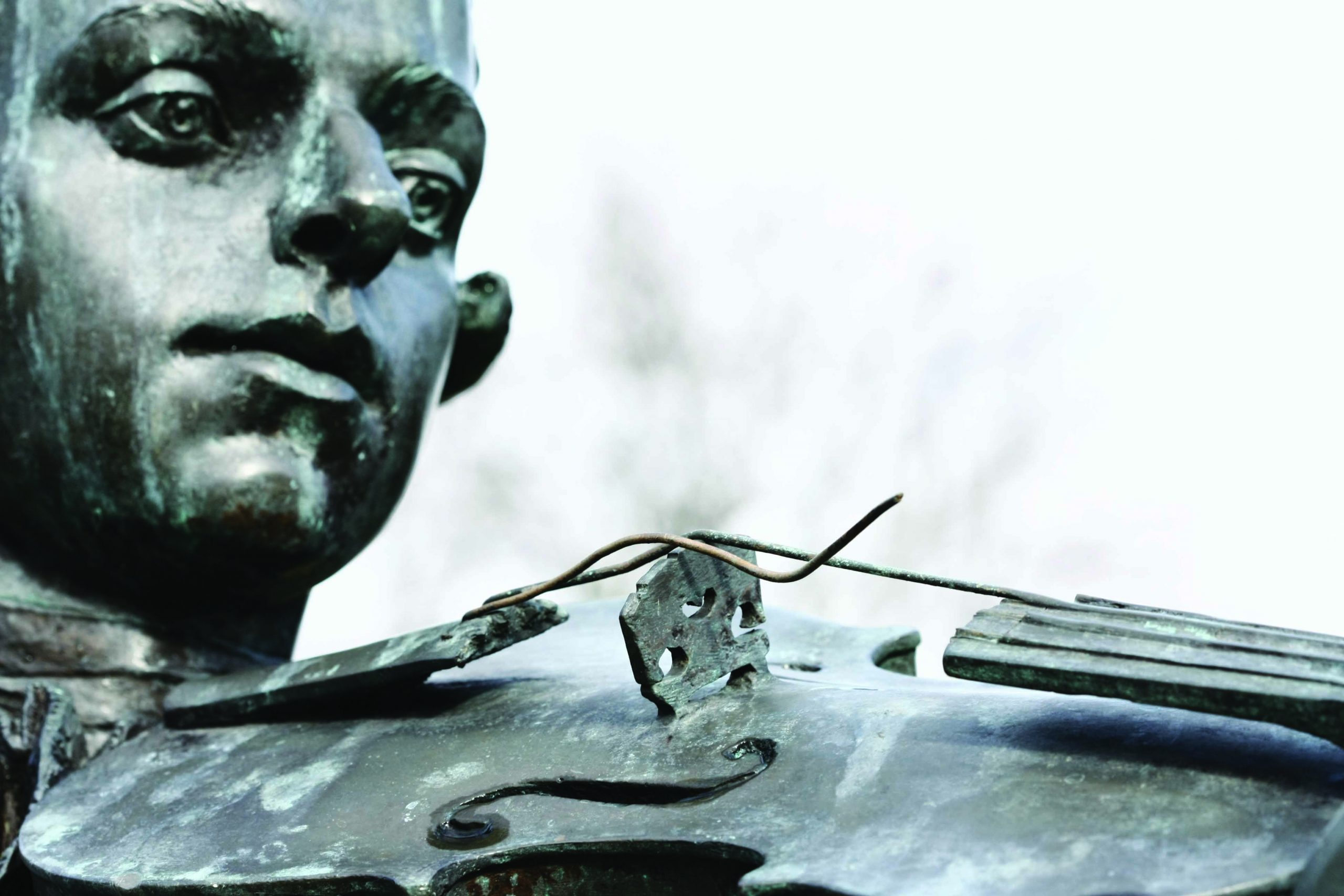 Even Mozart broke a string or two on his violin. Photo by ZOlivier

“Know all, and you will pardon all.” —Thomas à Kempis

I hated Mozart for good reason. My grudge developed when I was 15 years old, mostly because performing his Violin Concerto no. 3 in G Major for the Southwestern Youth Music Festival was my most humiliating teenage experience.

After years of practice and preparation, I performed so terribly that I didn’t stay at the competition long enough to see my placement. I swore eternal antipathy for Mozart’s music and legacy.

But traveling has a way of building empathy and inspiring forgiveness. During a tour of Europe years later, I stopped with my sister and a friend in the city where Mozart was born—Salzburg, Austria. Even as I followed my tourist maps to his house (9 Getreidegasse), my hatred dissipated. Charcoal stones paved the walkways, and ruby geraniums roosted in almost every windowsill. I could almost forgive Mozart just because he lived in such a beautiful city.

The Salzburg Cathedral—Mozart’s baptism site—towered above the heart of the town and was surrounded by bustling Austrians and gelato stands. The inside had relief sculptures of pure white stone and fire-orange murals, their colors still vibrant after centuries. The floating cadences of a small pipe organ caressed the stone halls. The music from the classical era—Mozart’s pop culture—gave me a glimpse of the faith that inspired the Requiem Mass in D Minor, a true masterpiece.

A short distance from the cathedral, the famous baroque-style Mirabell Palace and Gardens nestled against the banks of the Salzach River. I wandered through the red, yellow, and white flowers arranged in geometric patterns, and Mozart’s mathematical compositions made more sense in light of the perfect geometry of the environment. A light rain fell like lotion on the pavement, and the colors of the flowers brightened.

Salzburg’s beauty worked like a sedative. By the time I reached the canary-yellow museum where Mozart was born, my childish animosity diffused. I meandered through hallways of creaking wooden stairs to examine Mozart’s violin, its wood darkened and smoldered with age.

The violin seemed amiable enough. The black fingerboard, pegs, and tailpiece had been replaced with more durable alternates. The bridge was made of delicate new wood. Even the nylon strings had been replaced with newer, louder steel strings that improved resonance. In his instrument, the reality of my world meshed with his. Mozart seemed less gigantic and more human. While his talent certainly exceeded mine, at least I had something in common.

I left the museum and headed to the Hohensalzburg Castle, high on the hills overlooking the city. I settled into the curve of one of the turrets and wrote in my notebook, watching the hills darken from jade to a plum color. Cathedral bells rippled into the evening. I knew I would never be a famous violinist. But somehow, coming to know Mozart helped me accept my shortcomings. He too had become human. Salzburg’s reverent charm cloaked me in forgiveness.