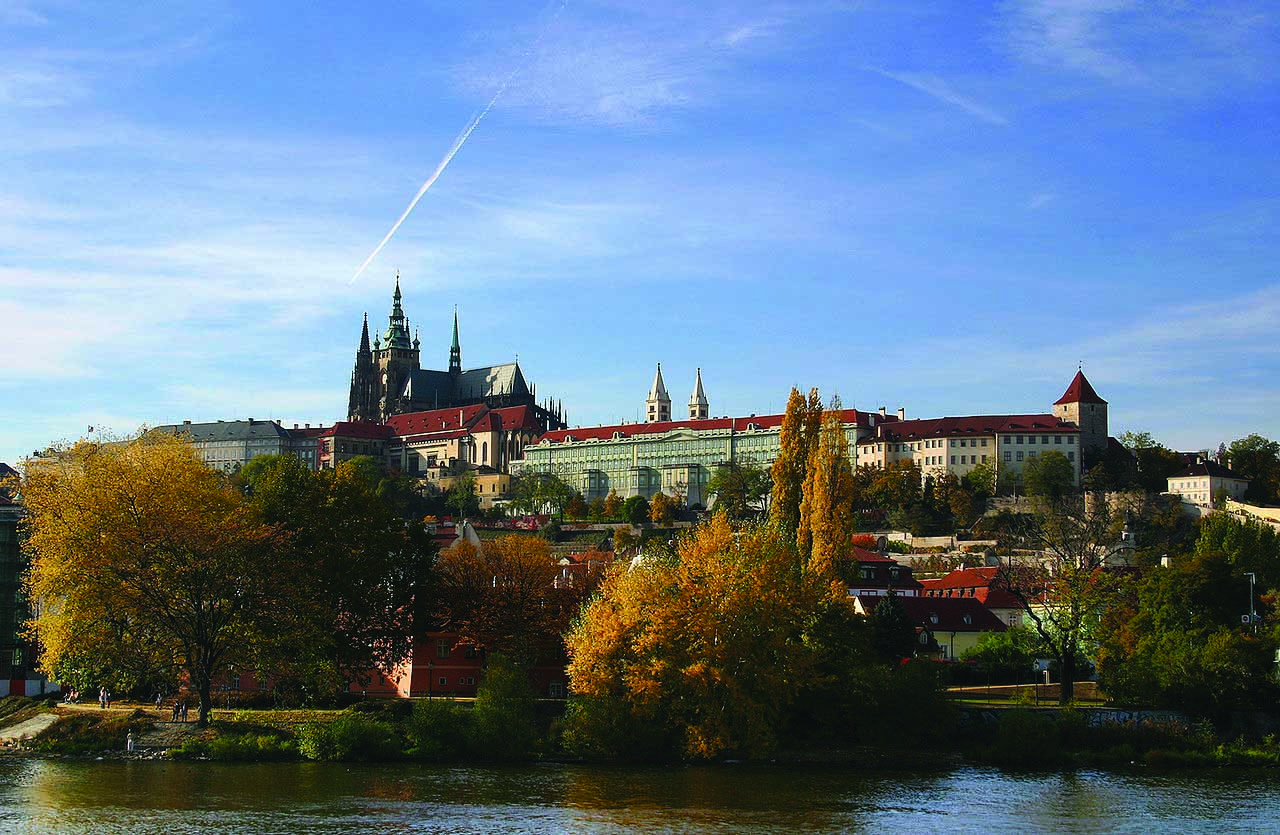 Known as the “City of a Thousand Spires,” Prague is one of the hidden gems of Europe. The capital of the Czech Republic is one large outdoor museum of beautiful architecture ranging from the fourteenth century to today. Because Prague was relatively spared during World War I and II, many of the buildings are still in their original condition.

“Prague offers so many varying styles of architecture that after a visit you can practically go home with a PhD,” wrote Joann Plockova for EuropCheapo.com. “Within the city center and its immediate surroundings, you’ll find every architectural style from Gothic to Baroque, Cubism to Functionalism, and Art Noveau to the boxy beasts of Communism.”

A journey through the architecture of Prague offers many lessons in history, legend, and pop culture.

Commanding the Prague skyline is the Prague Castle (Pražský hrad). Considered one of the largest castles in the world, it contains many cathedrals, palaces, towers, and museums. But all these are dominated by the massive gothic St. Vitus Cathedral (Katédrala svatého Víta), which took more than 600 years to complete.

After the castle, the second-most popular attraction in Prague is Charles Bridge (Karlův most). Built in 1357, the bridge has remained in remarkable condition through the ages, which may be attributed to the builders’ innovative decision to use eggs to create a stronger mortar. In the seventeenth century, the bridge was decorated with 30 statues and large gothic towers on either side.

A new addition to Prague is the Dancing House (Tančící dům), which was built in 1996. Designed by Czech architect Vlado Milunić and famous American architect Frank Gehry, this twisting and curving building was intended to look like a dancing couple.

The tallest structure in Prague is the Žižkov Television Tower (Žižkovský vysílač). Built in 1992, it is best described as a unique example of high-tech architecture. In 2000, it became even more unique after it was decorated with ten bronze statues of giant babies crawling up and down the tower.

Near Charles Bridge is the storied Prague Astronomical Clock (Pražský orloj). According to legend, the architect of the clock was blinded after completing his work to prevent him from making anything so beautiful again. The Prague Astronomical Clock was built in 1410, making it the oldest working astronomical clock in the world. At every hour, a skeleton statue, representing death, rings a bell and statues of the Twelve Apostles “walk” by a window.

Prague truly is a beautiful and amazing place. Visitors can explore it for months and still not be able to take it all in. “And remember,” Plockova said, “it doesn’t cost anything to gaze at some of the finest examples of architecture in the world.”