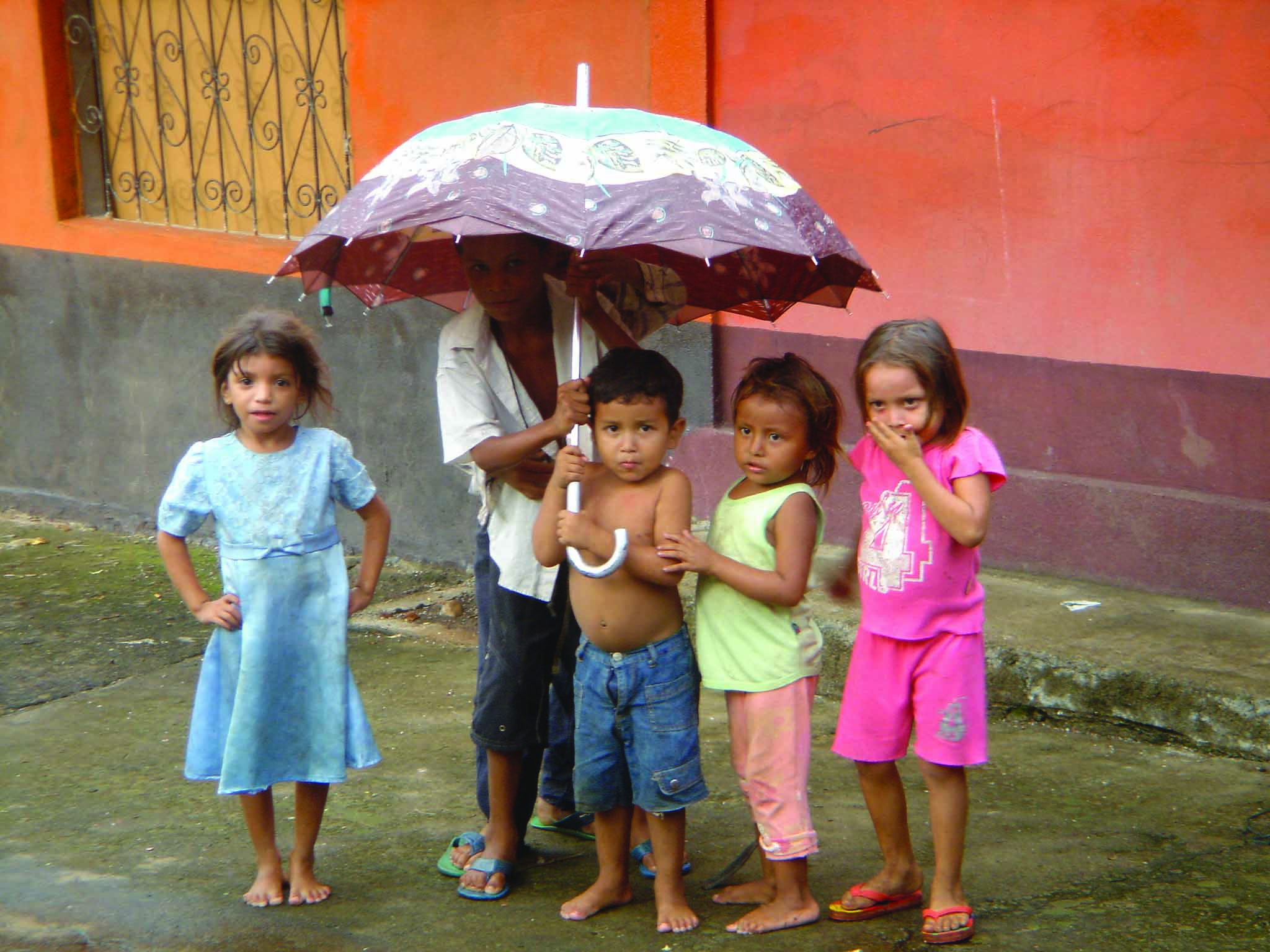 Kids giggle at me along the roadside. What a sight I was! Photo by Sierra Frischknecht

I never got used to the rooster that cock-a-doodle-dooed at four o’clock every morning for six weeks while I lived in the small community of El Bonete, Nicaragua. Yet three weeks into my adventure, none of the drastic changes from my city lifestyle had merited the infamous term culture shock. I had no idea the dose of humility I was about to get.

My return date to the United States was set for the same day as tryouts for my high school soccer team. As a dedicated athlete, I was committed to being prepared and had outlined a training regimen for the last three weeks of my trip. As soon as the sun was up, my tennis shoes were on and I was out the door running.

I set off in high spirits, jogging quickly on the dirt path that led down the hill to the rest of the community. However, I hadn’t accounted for the endless puddles from the heavy Nicaraguan rain the night before. Once I left high ground, I found that the road was a muddy disaster.

I continued running, determined. Within minutes, the soles of my running shoes were covered with inches of mud that I had to knock off every couple of steps. I’m sure my awkward running simulated the gait of an injured rabbit. Run run run . . . hop . . . knock . . . hop . . . run run run. The trek was exhausting, and I was already regretting my decision to keep going.

Then I spotted a child peeking out at me from a house up ahead. Before I reached the house, three or four children—and their parents—had gathered in the doorway, pointing and staring as I fought with the mud. Cries followed me: “¡Mira, mira, la gringa está corriendo!” (Look, look, the foreign girl is running!) and “¡Córrale niña!” (Keep running, girl!).

My host family roared with laughter when I recounted the story; they emphasized that in Nicaragua, the thought of a girl running (especially through the mud) is hilarious. Despite my mortification at the time, this experience has continued to be an inspiration to me, a motivator to always be the person who keeps running in the face of muddy—and cultural—adversity.

Have an interesting tale from your trip? Submit it to www.stowawaymag-archive.byu.edu, and your story could be published in our next issue!