A Royal Treat in Chantilly 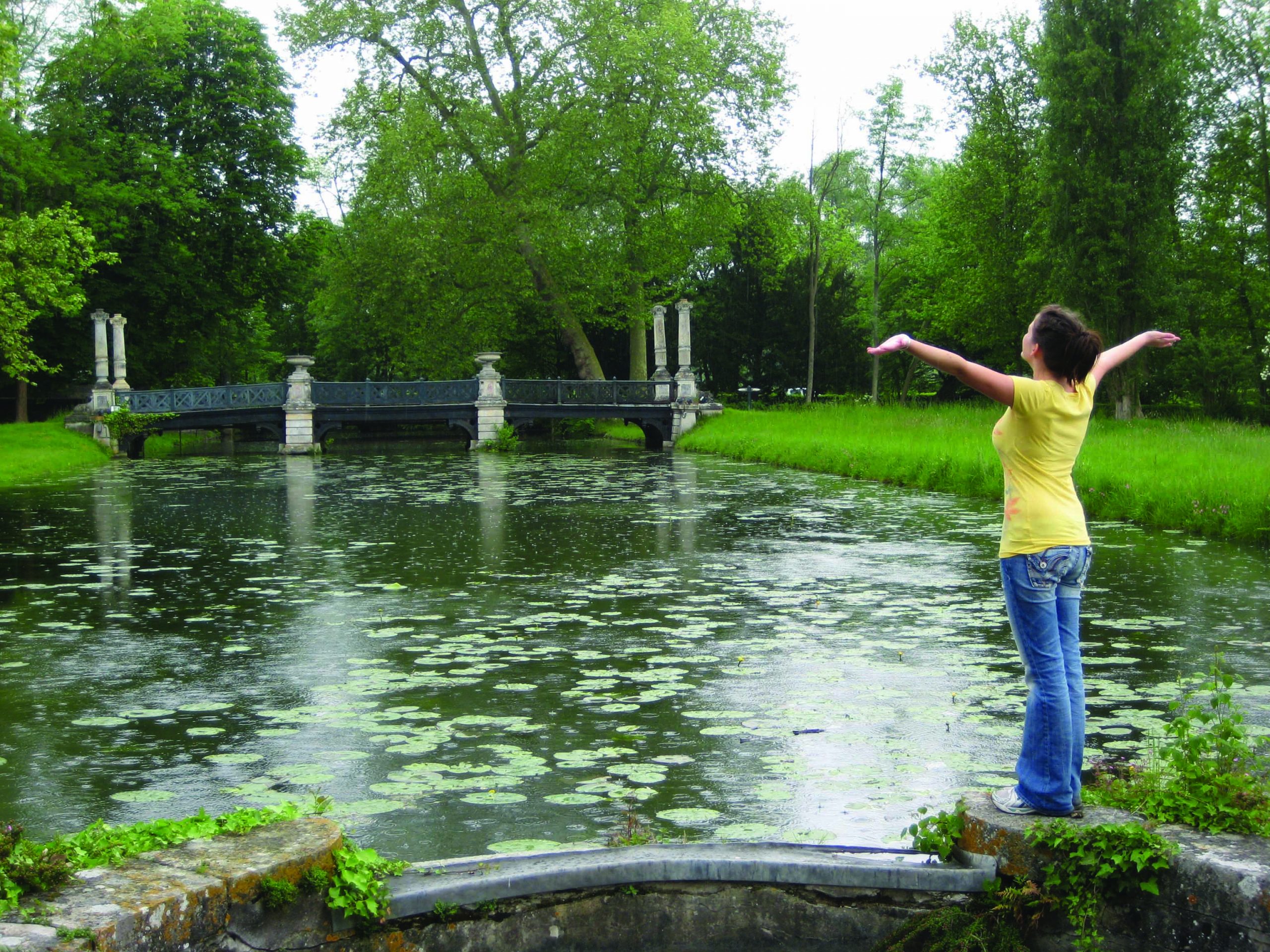 While we wander in Chantilly, Liz greets the lush gardens and French rain. We are expecting Mr. Darcy or an elven princess at any moment. Photo by Stephanie Secrist

Every tourist visits Versailles while in France, but my friend and I—two crazy girls armed with backpacks and French dictionaries—were not “every tourist.” Wanting a more magical and authentic French adventure, we caught a train to a place a local recommended: Chantilly, home of horse racing and birthplace of whipped cream. (Yes, crème chantilly is French for whipped cream.)

Fresh off the train, Liz and I were expecting to find a massive palace, but no palace was in sight. Concerned but excited, we set off down a misty path completely enveloped by a mythical forest. After we had taken two steps in, it became a magical wood. The tall, thin trees were covered in moss and colorful snails and were surrounded by mushroom circles. After an enchanted mile of forest, we finally caught a glimpse of enormous towers and white limestone walls. We had arrived at a castle.

There, our fantastical dream came true. The interior of the palace was lavish and elaborate, complete with a Beauty and the Beast library and a Cinderella spiral staircase. Despite the beauty of the château’s interior, the grounds and gardens still called to my imagination. Unlike Versailles’s strictly controlled verge, the gardens of Chantilly were lush and natural. Stone statues, ivy-colored gazebos, and rock bridges were tucked into rolling gardens and forests. We didn’t mind the rain; it added to the magical ambiance and kept other tourists inside.

Even though we could have spent days on the château grounds, living a storybook fantasy can work up an appetite, so we returned to the town for food. During this transition, I went from being the princess of my own fairytale to becoming the monster of my own nightmare!

The first tucked-away café we stumbled on looked like it would be the perfect place for an authentic French dining experience. When we walked in—dripping wet from the rain and carrying muddy, slug-covered backpacks—the café went silent. Everyone turned and stared. Because of the way everyone gawked at us, I felt like an alien from a different planet.

I inquired for a waiter but received no response. After several minutes, a hesitant waiter stepped forward, asking which part of the restaurant we would prefer. I turned to ask Liz, but was met with a look of absolute horror and disgust on her face. What was going on? Liz’s finger slowly lifted toward my head. I slowly put my hand to my head, disrupting a six-inch bug-monster—some kind of mythical creature that had joined me when we had stepped from our fantasy world back into reality. It was green with all sorts of wings, legs, and antennas. I was stunned. As I watched, the creature buzzed off.

Turning back to the waiter, I peeped out, “N’importe où!” (Doesn’t matter where we sit!)

Chantilly, where I lived my dreams and nightmares, was the highlight of my adventure in France. Even though I ended this magical day without whipped cream, Château  de Chantilly still served us a royal treat.