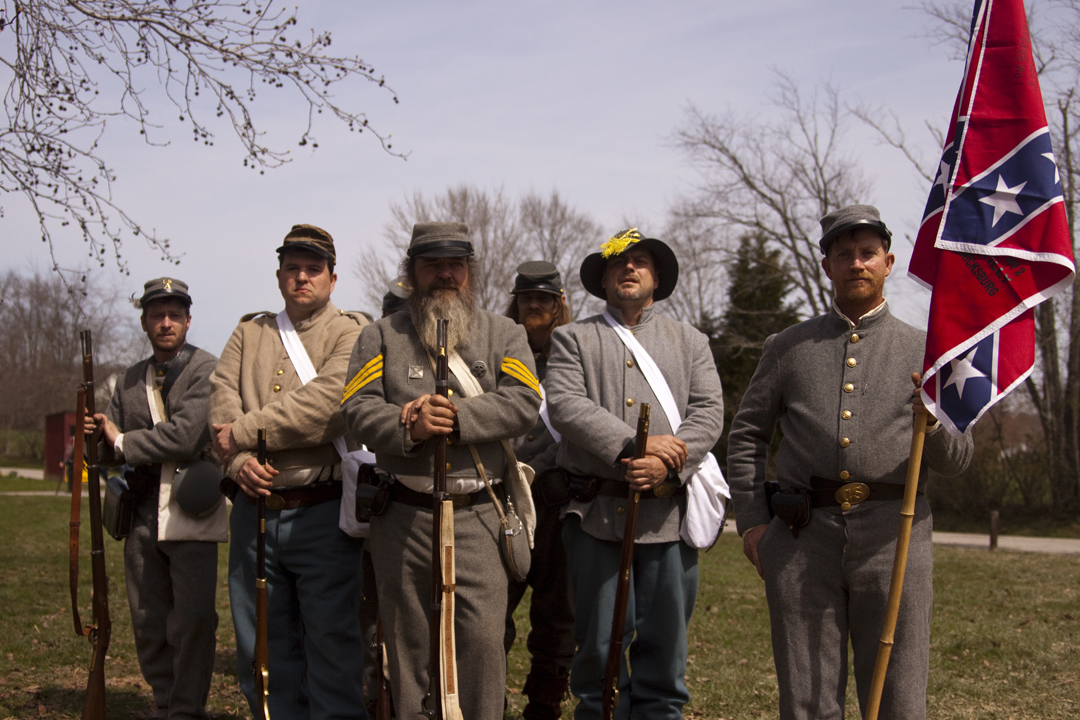 Most people believe that the United States of America was born in 1776 with the Declaration of Independence. But while that document was vital, it had yet to be truly tested with sacrifice, blood, and hope against its worst enemy—its own people.

Only 150 years have passed since this nation experienced the Civil War and eventually emerged as a powerful united force that continues today. Many significant Civil War locations are still accessible to visitors, and five of them are listed below. But many others can easily be visited on the way to or from these sites.

A view of Devil’s Den as seen from Little Round Top, where Union and Confederate soldiers engaged in battle. Photo by Frank Kovalchek

Nothing adequately describes walking where stalwart Americans sacrificed their lives for a thriving future. History comes to life with reenactments, tours, artifacts, and firsthand stories. Winter is a time when you can come to value what these soldiers went through and experience some of what they endured. Because the trees are leafless in wintertime, you can gain a wider view of battlefields and better understand the true commitment of men and women who endured such extreme challenges for the greater good of the nation.

The first shot of the Civil War didn’t hit anything. A ten-inch mortar shell that was fired from Fort Johnson was aimed above Fort Sumter as a signal for the Confederate artillery to open fire on the Union-inhabited fort. The Fort Sumter museum details the expansion of the fort’s island and the construction of the garrison, along with the history leading up to and through the Civil War. The Fort Sumter Visitor Education Center portrays the tension between the North and South that resulted in the first shot that would lead to blazing cannons and years of war. A ferry will convey you to the island where you are free to explore. Other Civil War sites nearby are Fort Moultrie and Liberty Square.

Chickamauga Battlefield witnessed the last major Confederate victory in the Civil War. The battle for Chattanooga was of such major importance that General Ulysses S. Grant was present on the field. Its 5,300 acres include hiking trails such as General Bragg Trail, Confederate Line Trail, and Memorial Trail. A seven-mile self-guided auto tour, historical tablets, monuments, and horse trails populate this vibrant landscape. The Fuller Gun Collection displays more than 300 examples of military long arms. Other Civil War sites nearby are Lookout Mountain and Blountville Cemetery and Battlefield.

Andersonville (also known as Camp Sumter) was one of the largest Confederate prisoner-of-war camps. Housing over 45,000 Union soldiers, this area witnessed extreme suffering. Over 40% of all Union POWs died here. It has now become a peaceful national cemetery where POWs of Camp Sumter and other American wars are laid to rest. Visitors are allowed to hike, camp, and explore the cemetery and the National Prisoner of War Museum. Other sites nearby are Atlanta Cyclorama and Stone Mountain.

A Gettysburg statue continues on the march in the epic three-day battle that involved approximately 95,000 Union soldiers and approximately 75,000 Confederate soldiers. Photo by Soaptree

Three days of battle at Gettysburg included the bravery of Little Round Top, the determination of Pickett’s charge, and the North American continent’s largest ever cannonade. This unplanned battle was so devastating that remains of soldiers were found on the premises as recently as 1995. This is a sacred forest of heroism, morals, and trust. Soldiers died hoping that their sacrifice would lead to a unified country of brotherhood and prosperity. Today there are guided bus tours, audiotapes, and licensed battlefield guides. You can drive, walk, hike, gallop, or bicycle along 40 miles of battlefield roads. There are 10 Civil War museums, nightly ghost tours, live theatre, and year-round reenactments. It is a beautiful, holy landscape infused with the lives of many who were willing to die for their convictions. Other Civil War sites nearby are the Rupp House History Center and the Shriver House Museum.

This remarkable museum is teeming with historical artifacts of Civil War African American soldiers, such as photographs, newspaper articles, bills of sale for slaves, replicas of period clothing, uniforms, and weaponry. Tours, lectures, and programs run throughout the year. Approximately 209,145 African American soldiers dedicated their destiny to the marching of drums and tasting of bitter bullets. Without their story, the true brotherhood, perseverance, and faith of the Civil War is incomplete. Other Civil War sites nearby are the Antietam National Battlefield and the African American Civil War Memorial.