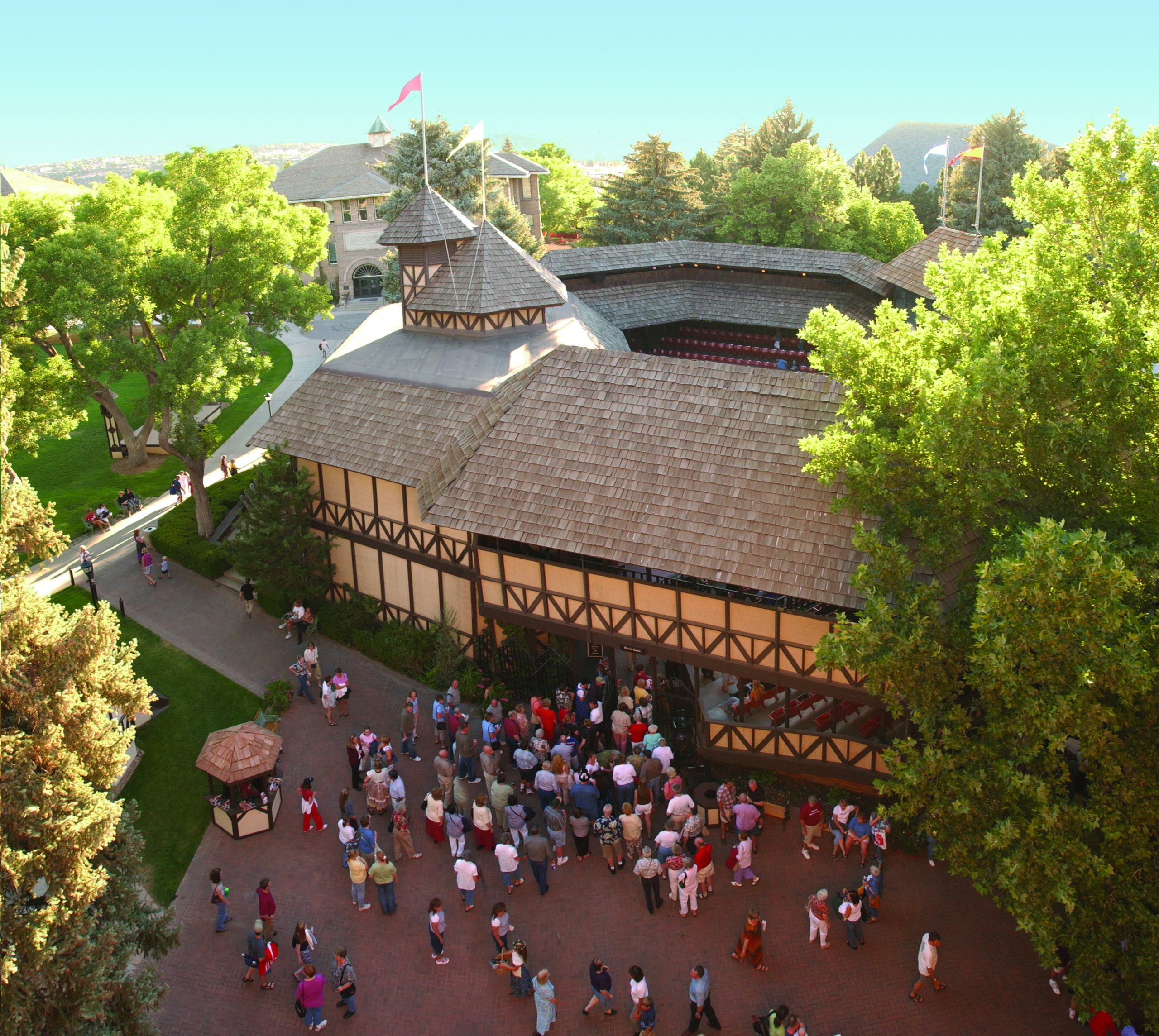 It’s been 50 years since a small town in southern Utah was changed by a New York thespian with a vision. That vision was an award-winning Shakespearean Festival, a dream that was realized in the year 2000 when the Utah Shakespeare Festival won the prestigious Tony Award, the equivalent to the Academy Award for film. The founder, Fred C. Adams, did a lot of work to make his festival great, including a research trip to visit one of America’s oldest Shakespearean festivals held in Ashland, Oregon, annually since 1935.

The Utah Shakespeare Festival is held in Cedar City, Utah, a drive of only three and a half hours from Salt Lake City. It started small but had great initial success as volunteers put the performances together and entertained 3,000 guests their first year on a small outdoor stage. Today, the festival recruits actors from all over the world who perform for as many as 150,000 guests a season in an outdoor replica of the Globe Theatre. With actors using Shakespeare’s original texts, the stage comes alive every Monday through Saturday at 8:00 pm in Cedar City from June to October (matinees start at 2:oo pm).

Tiffany Scott as Juliet and Paul Hurley as Romeo in the Utah Shakespeare Festival’s 2005 production of Romeo and Juliet.

founder) are abuzz with activity as workers and volunteers sell their wares from lollipops to T-shirts. In the early evening, crowds begin to gather on the lawn and clap along as performers dance, sing, and act out comedic sketches on stage for The Greenshow that is put on every Monday to Saturday at 7:00 pm for free.

For this 50th year anniversary celebration, the festival is performing Romeo and Juliet, along with Richard III, A Midsummer Night’s Dream, and A Winter’s Tale. Since its founding, the festival has also broadened its theatrical scope, and audiences this year can enjoy classic theatre performances of Music Man, The Glass Menagerie, Noises Off! and Dial M for Murder at the festival’s indoor Randall L. Jones Theatre.

Featured performers such as Emilie Susan Anderson please crowds in The Greenshow, 2010.

Each theatre seats approximately 800 guests for each showing, and tickets cost anywhere from $22 for balcony seating to $67 for front-row center seating. Tickets are $4 more for shows from Thursday through Saturday. Group discounts are available.

And what else can you do all day if you’re waiting for your play to start that evening?

If you’re looking for more Shakespeare to pack into your day, try attending the literary or production seminars given for free. If you ever wanted to get onstage, now’s your chance! Try a backstage tour with an inexpensive $8 pass and get a behind-the-scenes look into what goes into putting a performance together.

Whether you go only once or every year, the Utah Shakespeare Festival will make an impact on you and give you a glimpse into why Shakespeare is still popular 400 years after his plays were first performed. So take the drive to southern Utah and enjoy the 50th anniversary celebration of Cedar City’s Shakespeare Festival this summer and fall.

Several recommended festivals across the US:

Shakespeare Fellowship is an online
website that lists a variety of Shakespeare festivals available throughout the rest of the world: