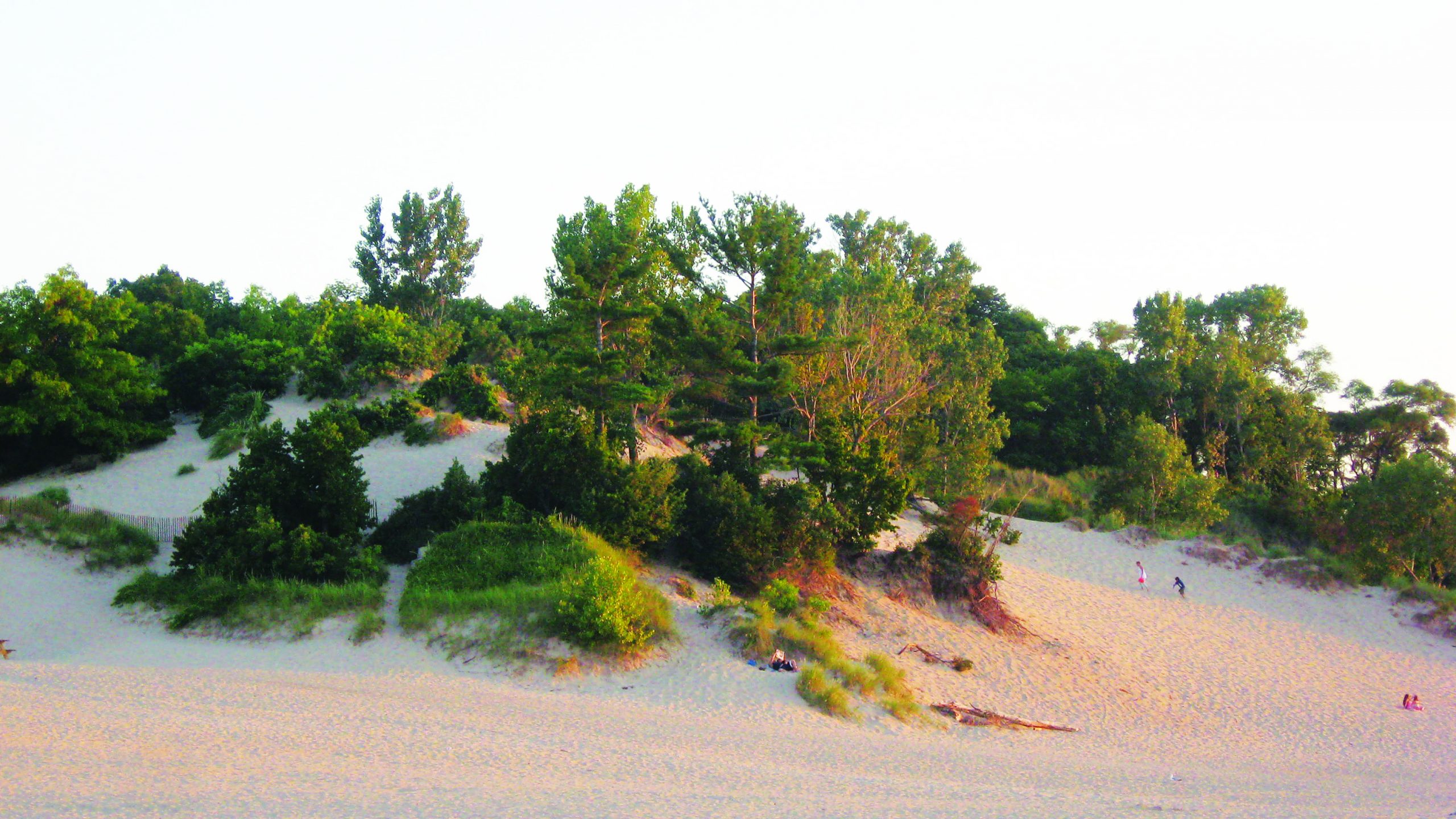 Named for the sand dunes along its Lake Michigan coast, Indiana Dunes State Park is my favorite family vacation spot.

For literally my entire life my dad has been sick. He was diagnosed with type 1 diabetes when I was an infant and we were always aware of his condition. Growing up we watched him take his insulin shots and visited him in the hospital when he got the flu. Once he and my siblings got in a car accident because his blood sugar was low. But we dealt with it. Then it all culminated with kidney disease.

I was 12 when my father began dialysis treatments and slammed the brakes on our dream vacation. We had been planning a family vacation to Florida. We were going to stay in a hotel suite, introduce ourselves to ocean saltwater, and watch a satellite launch. But now Dad was too sick and required many medical supplies. Our excitement fell like the crest of a wave on that beach we’d never see and washed out to sea like the sand we’d never walk on. Needless to say, we were disappointed.

Three years later I watched my dad throw himself into a wall of waves and ride them with a vitality I had never seen in him before. My siblings splashed through the water and my mother and youngest sister clung to each other, screaming and laughing as the waves tugged at them. No, we hadn’t made it to Florida—I still have yet to touch a Florida beach. But my family had made it, my dad had made it.

His health floated on the back of daily dialysis treatments for a year before he underwent a kidney and pancreas transplant. He recovered from the surgery but then contracted pneumonia because of the immunosuppressants he was on and experienced a period of vision loss.

Through it all, my mother nursed him and ran the household, wondering how long my father’s employers would guarantee his job. My siblings and I spent the first week of school that year with our grandmother because Mom and Dad were at the hospital in Chicago.

It was in Chicago where we took our first family vacation after my dad regained—or rather, surpassed—his former health. We did the usual sightseeing and shopping, but we also visited Northwestern Memorial Hospital, where my dad’s life had been saved. If my family were more sentimental it could have been a pilgrimage; mostly we were intrigued by having breakfast at the expansive hospital cafeteria.

But the highlight of our trip was a stop at Indiana Dunes State Park on Lake Michigan. Turns out we had to drive only three hours from home to find a beach with waves. I think it’s the only time I have seen my entire family give themselves over to unabashed fun. It’s still the quintessential moment of family unity and joy in my life. We were healthy and alive, and all of our worries had washed out to sea.

Since then, my father has developed other health problems and undergone treatments, such as triple bypass surgery in August 2010. But I can’t forget the image of him diving through waves just one year after his organ transplant. We made it that time, and as we approach the one-year anniversary of his heart surgery and the nine-year anniversary of his transplant, we’re still making it and still making memories. We probably won’t be at the beach this summer, but my father is healthy again and we’ll be together—the makings for a great family vacation.