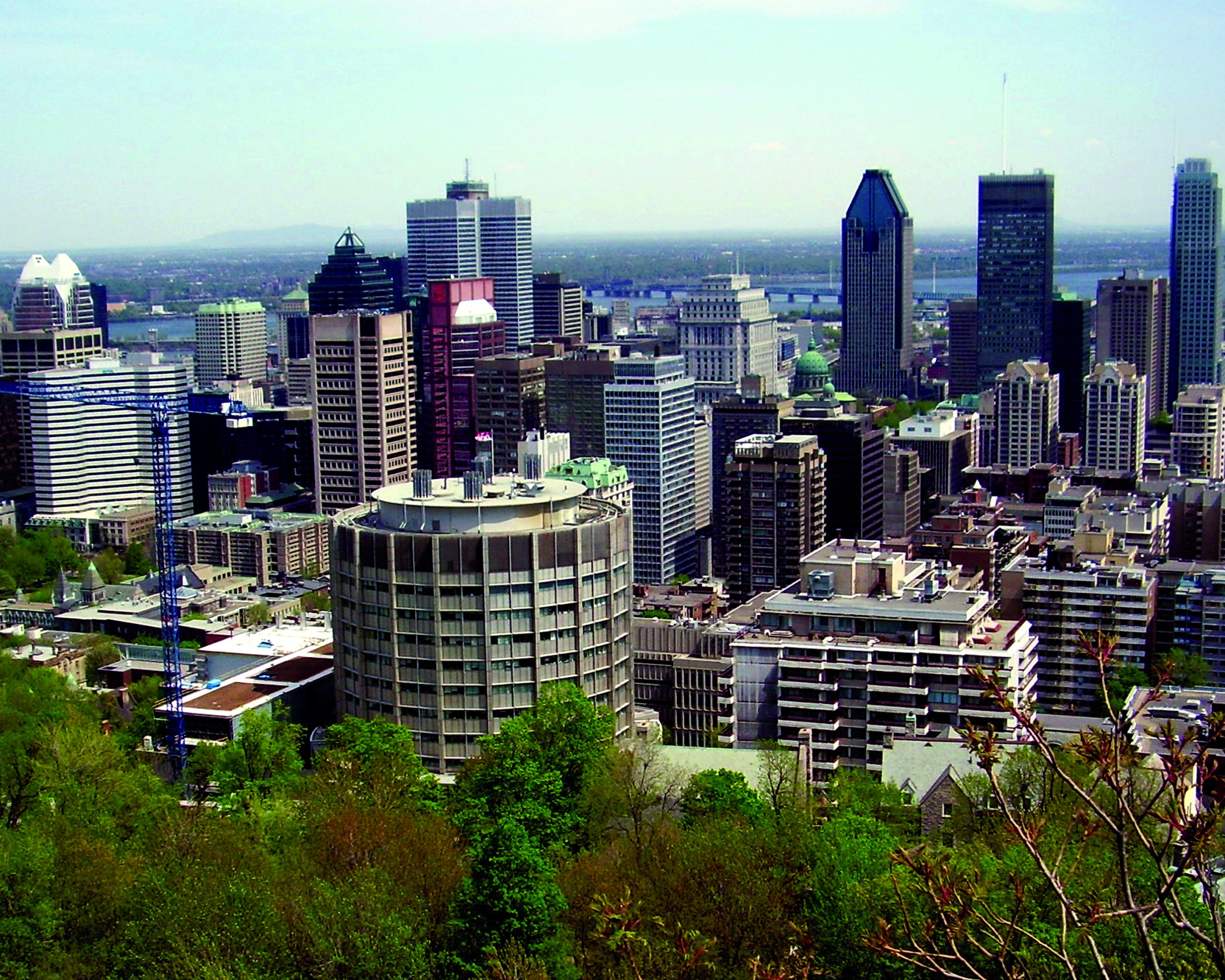 When the weekend is short but the dreams are tall, head to Montréal, which promises adventure, culture, and, of course, l’amour. A weekend is all you need to fall in love with this city.

A city in a river. That’s what caught the attention of Brittany Call, Melissa Weber, and other college-age travel enthusiasts. In the summer of 2010, a group of friends needed to get away. Brittany, a French student-teacher, was curious about what the French island had to offer.

In the middle of the Saint Laurence Seaway, the island of Montréal has the pizzazz your weekend is looking for. The cosmopolitan character of this city offers you a little of everything. The myriad of cultures represented provide for a made-to-order getaway. You can tour the world by walking through neighborhoods such as Chinatown, Little Italy, Spanish and Portuguese communities down Saint-Laurent Street, and the Vietnamese area along Saint-Denis Street. When it comes to large French-speaking cities, Montréal is second only to Paris.

Fly, drive, or bike in; whatever you choose, once you’re there you’re going to want to do it all. The place to start is the underground metro system. In the open entrance areas of the stations, there are stands with brochures and advertisements containing information about main city events for each month of the year. “That was where we found most of our information about what was going on,” Brittany says. “It seemed like they had something going on every day—like a car show or the international film festival.”

Here are some free attractions that you won’t want to miss.

You know you’re in a great city when you can visit great public parks. Frederick Law Olmsted, who helped design New York’s Central Park, also designed Montréal’s Mount Royal Park. The park was organized on top of the main geographical feature of the island: the small mountain named Mount Royal. A short hike up, and you can look out across all of downtown (see photo above). Going at night is recommended by locals and visitors alike.

Montréal is the home to the International Jazz Festival. It’s a 10-day celebration with several free outdoor events. Jazz bands from around the world play through the night. “The atmosphere was fun and people from all over the world were there. The whole city just kinda came together for it,” reports Brittany. Be sure to plan your trip this year between June 25 and July 4 to catch the celebration.

The summer is a great time to laugh—at least Montréal thinks so. Since 1983, the comedy festival Just for Laughs has been a summer highlight for many people. Originally a French-speaking exclusive, this event now caters to an English-speaking audience as well. During the month of July every year you can catch free street performances.

When the bustle of the city life gets overwhelming, take a break in one of Montréal’s many environmental museums. The Botanical Garden is a “beautiful oasis on the paved-over island—lush plants, lots of walking trails, park areas, different types and styles of gardens,” explains Melissa Weber, an environmental scientist and avid traveler.

The Botanical Garden of Montréal is one of the largest in the world. Explore over 20 themed gardens, such as the Shade Garden, the Lilac Collection, or the Toxic Plant Garden. There’s even a Youth Garden.  But the most popular are the Japanese and Chinese gardens. “You can get lost in there for a long time,” admits Brittany. If you time it right by going before opening hours, you can visit for free.