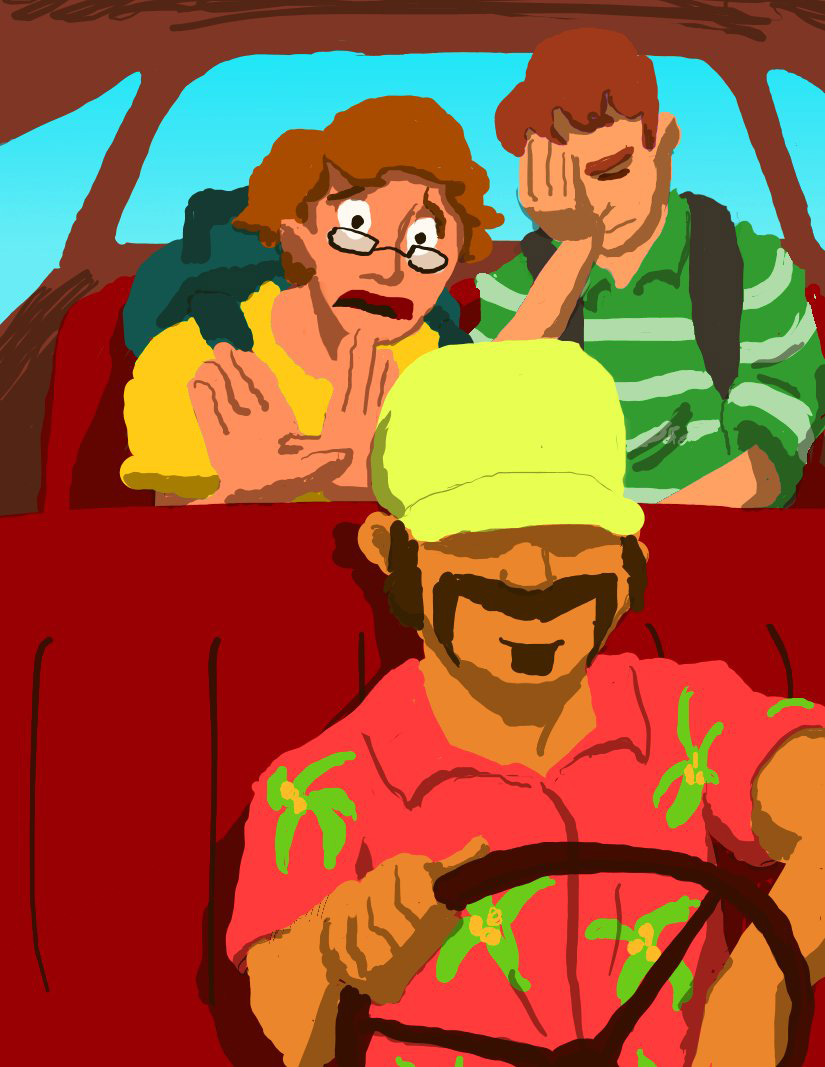 A few years back, some friends found cheap tickets to Peru. Hiking the Incan Trail to Machu Picchu had always been a dream of mine, so I jumped at the chance. When we arrived in Cusco, we had no idea where our hostel was or even how to ask for directions. Perhaps it was the backpacks, our white skin, or the dazed look on our faces that clued him in, but a man immediately deduced where we were headed.

Loki Hostel has a wild reputation that isn’t unfounded. The first thing a visitor sees upon entering the first courtyard is a whiteboard reminding people to have safe sex. And the parties there tended toward the wild side. We definitely weren’t in Utah anymore. I regretted how cheap we were when we had made reservations there. But for four bucks a night, we were willing to put up with quite a bit.

On the way to Loki, our cab driver, Angel, asked us what we were going to be doing. We told him about the hike and three unplanned days before it.

“You want to see sexy woman?” he asked in his stilted English. Obviously Angel knew about Loki’s reputation
and assumed we shared the promiscuous disposition of its usual boarders.

Over our vigorous protests, he told us he’d get us tickets. A knot formed in my stomach. We hadn’t been on the ground 30 minutes, and we were already in an awkward situation. Our driver was determined that we see “sexy woman.”

As it turned out, Sacsayhuamán—not “sexy woman”—is the ruin of a massive Incan temple just outside Cusco. The complex was the site of the last stand between Incan warriors and their European invaders in the 15th century. Guess we didn’t seem that wild after all.

Between a Rock and a Tour Bus

My husband and I traveled to the Holy Land in the summer of 1975. We were with a group of religion teachers, touring the lands of the Old and New Testaments. On one of our stops, the bus driver carelessly drove over a rock in the parking lot, and the bus became high centered on the rock. He tried everything—reverse, forward, revving the engine, etc.—but the bus stayed high centered on the rock. One
of the teachers in our group, Gary Empey, was quite a large man, and he talked with the bus driver about what to do. Then he lay on his back under the back of the bus with his feet braced against the rear tire axle. When he gave the signal, the bus driver once again revved the bus while Gary pushed his feet against the axle. He was able to push the bus off the rock. It was very funny to watch, but it accomplished the task. We were able to go on with our tour for that day.

My favorite vacation experience was traveling and exploring in Guilin, Guangxi, China. The 32-hour train ride was definitely not my favorite, but once I arrived, I was in love! The mountains were mesmerizing, and I could barely take my eyes off the surroundings long enough to watch where I was walking. Guilin was the ultimate outdoor adventure with white-water rafting, bicycling, bamboo rafting, fishing at dusk, and hiking countless karst towers and rice terraces. The first day I was there, I biked up the mountains and then strapped my bike to a bamboo raft and floated down the Li River. Once down the river, I resumed my bike ride, hoping to reach an underground mud cave. On my way, I veered off the path and ended up in a tiny village that had never seen an American before. Instantly, the entire village swarmed me and started touching my hair and skin. It was beyond the strangest thing I have ever encountered! Later, I found the caves and had a blast exploring them. All of my experiences in Guilin were memorable, but I will always remember my village folk who almost made me their deity.

A flight attendant handed me my cran-apple juice simultaneously with the announcement that we were coming into turbulence in flight. I suddenly had a lapful of red juice. An attendant brought me feminine products to sop it up.