Meet the World, One Couch at a Time 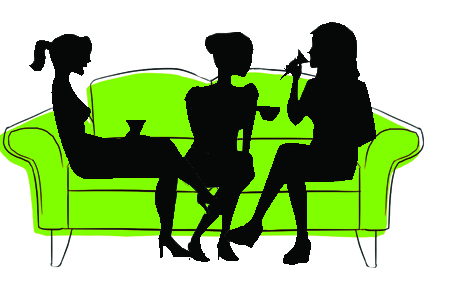 Last August, Chris Gearheart jetted off to Minneapolis on a business trip—his first official business trip for his first official job since graduating from college. That weekend, Chris could have put himself up in a nice hotel and enjoyed a relaxing stay with fresh linen, television watching, and continental breakfasts—all “on the tab.” But he didn’t put himself up in a nice hotel. He chose to CouchSurf instead.

In other words, he stayed the night—twice—at the home of perfect strangers, and all because they had listed profiles online that stated they had an extra bed or sofa to offer wandering travelers for free.

You might be drawn to the liberating simplicity of this idea and wish you’d heard about CouchSurfing long ago. But more likely you’re a little unnerved by the idea, and you’re not alone. We’ve all been on a bus before, after all—even the friendliest people pass by the seat next to a stranger if there are other open seats. If it’s awkward to challenge the status quo on a 10-minute bus ride, it’s downright frightening to throw it aside by sleeping in the living room of a stranger. Not to mention, the practice introduces obvious risks to personal safety.

But if you can manage to set aside the status quo and consider the safeguards with an open mind, CouchSurfing might startle you not for its brazen audacity, but for its generous and incredibly enabling ideals.

The founders of CouchSurfing.org (CS) are devoted to facilitating authentic travel and cross-cultural interaction. In their own words, they hope to transform the world into a place “where everyone can explore and create meaningful connections with the people and places they encounter.” While not all members of CS would explain their motivations for CouchSurfing in those exact terms, many of their reasons echo this vision.

When I asked Chris why he chose to forgo the fancy hotel stay, he said, “CouchSurfing looked more fun than staying in a hotel by myself. . . . People willing to open their homes to strangers like that are usually pretty interesting folks.” Toby, Chris’s first host and a sustainable agriculture buff, had a wood-fired clay oven in his backyard, which the two used to bake homemade pizza while they discussed their interests and occupations. Chris said of Toby, “He was great conversation. He’d gotten four or five different degrees, and he was just really fun and really generous with his food.” The second night, Chris stayed with host Andrew at a house that seemed tailor made for CouchSurfing: it had seven extra beds.

Another CS member who simply enjoys meeting new people is adventurer Erin Carlson. A more practiced CouchSurfer, Erin has traveled all over the world. Yet her favorite CouchSurfing memory is still her first experience, when she was stuck in DC for a 20-hour layover and her host took her under his wing and showed her the sites.

Chris’s and Erin’s interactions with their hosts didn’t eradicate world hunger or dissolve civil unrest. But in a very real way, their experiences helped the world become a better place because they eagerly connected with others instead of hanging back out of habit. Chris in particular appreciated how CouchSurfing allowed him to venture out of his “own little middle-class universe” and share his identity openly.

Sharing your home openly is a natural extension of sharing your identity in the CS universe. Although no one is required to host before being hosted, the founders do express the hope that everyone who’s been hosted will one day return the favor—“kind of like paying it forward,” Erin told me.

Hosting can be as eye-opening as traveling. Nichole Manco-Chism and her husband brought the world into their home through hosting. They met travelers from Argentina, Moldova, the Czech Republic, Peru, and many other countries. Nichole said all their visitors were “extremely respectful of our house, our things, and our time.” While Nichole and Erin both swear by hosting, others who aren’t ready or able to provide lodging can still “host” by playing tour guide or meeting travelers for lunch.

In fact, the willing tour guide is an invaluable gift to CouchSurfers. Tour guide hosts enable travelers to forge connections with people and places simultaneously. Instead of catching a brief glimpse of the world through the lenses of their own cultural biases, lucky CouchSurfers have the opportunity to understand quickly and deeply what a place means to its own people.

Not all CS experiences are perfect. Even Chris, who was genuinely excited about meeting his hosts, craved solitude at times. Other, more negative experiences have included loud music, lack of communication, or inconsiderate behavior. In rare cases, CouchSurfers have even been the victims of crime amounting to physical assault. The risk of encountering dangerous people and situations is always present, so it is important to consider this risk seriously when deciding whether CouchSurfing is for you. To better understand exactly where your comfort zone lies, it may be helpful to explore the important safety net available through the Couch-Surfing website.

CouchSurfing.org functions much like other social networking sites. But one vital difference is that each CS profile includes a “references” section, where travelers and hosts alike can leave positive, negative, or neutral reviews of their CS counterparts. On each profile, the number of references in each category is permanently visible, along with comments that correspond to each reference. Like the customer feedback feature on Amazon.com and other commercial vending sites, the references section helps CouchSurfers make wise choices about who they interact with. Although simple, the process is incredibly reliable because everyone on CouchSurfing, whether hosting or traveling, has their own safety at stake. And since safety is usually more important to people than timely shipping options, their reviews on CouchSurfing.org are even more likely to be honest and helpful.

However, the overwhelming majority of CS experiences are positive; browse the website for a mere half hour and you’ll see that, for the most part, the ratio of positive to negative experiences is incredibly high.

Perhaps after reading this article, you feel ready to jump in with both feet—find the site, fill out your profile, and start looking for couches. But if you still have qualms, by all means trust
your own intuition and choose only those travel locations and activities that will make you feel safe and comfortable. Even if you never CouchSurf, though, perhaps you can still cherish what CS exists to accomplish—authentic travel, a generous spirit, and “a better world, one couch at a time.”