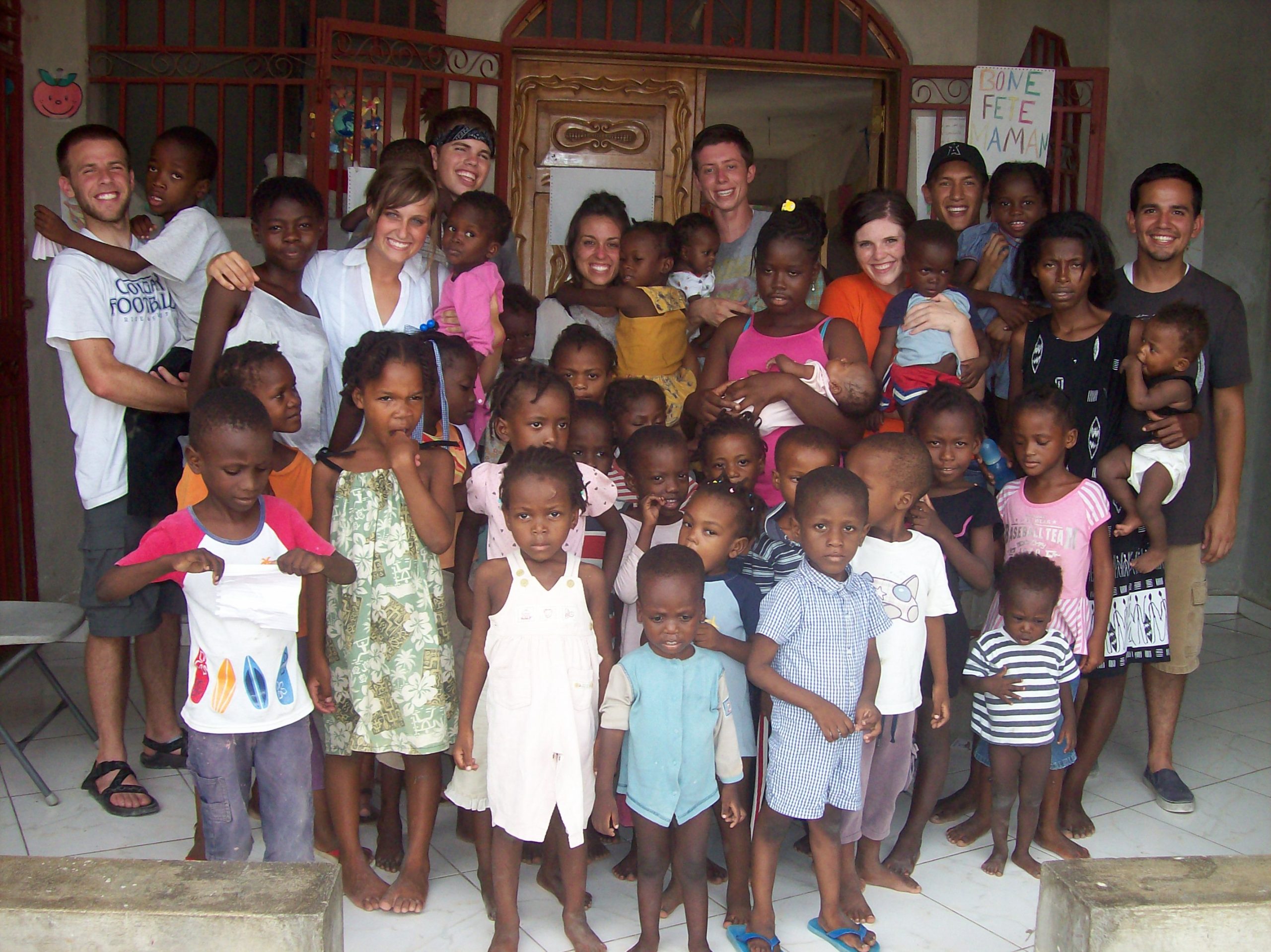 The Summer 2010 Sustain Haiti group with orphans in Leogane

When Aubrey Wright walked into an orphanage in Haiti as a volunteer with Sustain Haiti, she was literally welcomed with open arms. “The children ran up to me with their arms outstretched, saying ‘Po tem! Po tem!’ which means ‘Hold me! Hold me!’” Aubrey says. In her volunteer work, Aubrey, a student at Brigham Young University, learned to love the orphans as she helped them -emotionally recover from losing loved ones, homes, and -possessions in the earthquakes that devastated Haiti last year. “I truly feel that this is how you can make a difference in the lives of children in Haiti—hold them. Not just physically, but emotionally. Hold them in your arms and in your heart.”

Sustain Haiti was founded in response to the earthquakes that struck in January 2010, affecting more than three million people. The disaster was devastating for Haiti—more than two hundred thousand people died during the actual quake, and of the one million people left homeless, thousands more continued to perish due to a lack of food and fresh water. Disaster relief from other nations and international organizations came immediately, but these groups have since left. Haiti’s path to recovery from the earthquake is still incomplete and will require the efforts of hundreds of volunteers.

That’s where Sustain Haiti comes in. Originally started as a university class project, Sustain Haiti is now an NGO (nongovernmental organization) that supports a continual effort to help the people of Haiti rebuild their lives and their communities. Helping with orphanages is just one of many humanitarian projects. Sustain Haiti volunteers began with clean-up and building projects. Then as the group attracted more volunteers and funding, they expanded to caring for orphans, square gardening, and teaching business, English, and hygiene classes. The group has been successful in their efforts, but the work is not without its challenges.

Sustain Haiti is making a difference particularly in the volunteers’ interactions with those they serve—especially the children. Although Haitian officials have done their best to provide for hundreds of displaced children, it is difficult for the government to give each child the love and attention that is so critical for their emotional development. Despite cultural and language barriers, Sustain Haiti volunteers are able to help these orphans by giving them the physical contact they crave.

Alissa Wilkinson, another BYU student, recently returned from Haiti, where she became close to a little girl named Keslan. On Alissa’s last day in

the country, Keslan couldn’t get enough hugs. “We played a game,” Alissa remembers. “I would hold her in my arms and hug her really tight while saying, ‘Squeeze her, squeeze her, squeeze her.’ She would laugh the most beautiful laugh and squeeze me back as tight as she could. Her whole body would tighten as she put all her energy into hugging me back. I can still feel her little arms around my neck.”

Sustain Haiti sends volunteers out for a minimum of two weeks, but volunteers often stay for several months. Aubrey Wright’s cousin, Jill Wright, a university student in Mesa, Arizona, heard about Aubrey’s experience in Haiti and knew she wanted to be involved in the relief effort. Jill contacted Sustain Haiti, and within five days, she was on a plane.

“There was no convincing—I just knew it was the right decision to go,” Jill explains. “A person who is willing to go and serve these Haitian people can make all the difference in the world. You won’t be able to change the damage that has been done, but even a little help can go such a long way.”