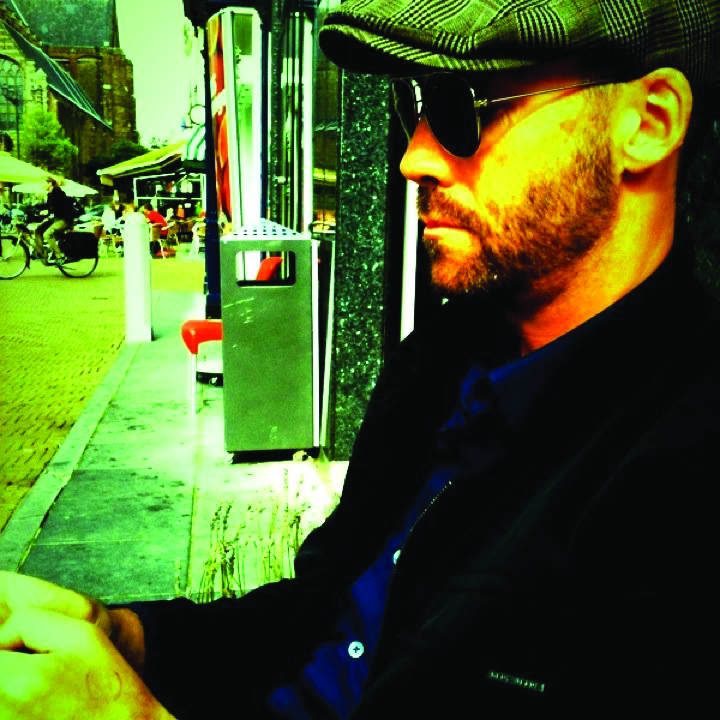 Kendall Wilcox spends about 30 weeks out of the year traveling as a senior supervising executive producer for BYUTV—and he loves it. “This is the longest I’ve been home since April, going on two and a half weeks. I’m getting a little stir-crazy,” he confides. Whether he’s traveling for work or pleasure, Wilcox has a knack for finding local treasures and delights, delicious food, and interesting art, all off the beaten path. Keeping his ears, eyes, and mind open, Wilcox is able to get to know a location and culture in a refreshing and simple way: by taking everything as it comes.

Stowaway: You’ve traveled all over the world.  What are some of your favorite destinations?

Kendall Wilcox: Southern India. The food is all that it’s stacked up to be. Everything has stronger and more potent flavors. Those Beatles knew what they were singing about.

Portland is my kind of town. It’s a big city, but it’s not. It’s very local in its feeling. It’s community ethos, specifically around food, and is situated around local and seasonal produce. And they’re very big on promoting farmers’ markets around the city that are very robust with a lot of variety.

What else . . . I love New York City for all the cliché reasons. Oh, and Transylvania has a soft spot in my heart. Really pretty mountains and forests and villages. I like the chickens there, a lot. I took a lot of pictures of chickens, the black-and-white spotted kind.

KW: I don’t know. I take every place I go at face value. It seems like I’ve had some disappointing experiences where I was like “this is disgusting.” Oh! Las Vegas. I hate Las Vegas. It just depresses me. It reflects the sheer mass amount of people who flow through there every year, the amount of money spent out of peoples’ pockets there, to aggrandize and enshrine and worship principles of greed, lucre, slovenliness, raunchiness—and it’s done so blatantly and out in the open.

A view of St. Paul's Cathedral behind Southwark Bridge.

SA: What do you do to stay relaxed when something goes wrong while traveling?

KW: I accept that everything always goes wrong, and I stop resisting the fact that it’s going wrong and just say, “Once again, it’s wrong. How do I fix it now?” That’s how I stay calm.

SA: So when something inevitably does go wrong, how do you handle it?

KW: I used to be pretty demanding and intense, and sometimes I would get my way. But wow, that’s exhausting for me, and it makes other people not very happy. I learned to be very calm and insistent, meaning I don’t give up and I don’t take no for an answer, but I do stay calm. I explain what I need to have happen in a way that tells them that I’m not going to leave their desk until it does happen. If I am calm and understanding and use the person’s first name (found on their nametag) while they refuse to do what I’m asking them to do, it works more often. It’s gotten me four first-class bump-ups on trans-Atlantic flights. Not bad.

SA: Not bad at all. Tell me something about a really great food experience.

KW: Over in Beijing, I followed some local people to the neighborhood breakfast place. It was really dark and dank and stuffy, and there was this vat of what appeared to be one gigantic blob of soy that was surrounded with some sort of brown sauce. They would go in with this knife-shaped scoop and give you a big blob of it and put it in a bowl for you to eat for breakfast. And I tried. I really, really tried. Like two or three mornings in a row. Then I just gave up and went to the fruit stand and bought a banana. The end.

A view of iron works in Gare du Nord, Paris

SA: That’s the end of your story about a great food experience? You couldn’t eat the soy ball?

KW: (Leaning forward toward the recorder, speaking like he’s testifying in court.) No, I could not.

SA: Is this how you often find good places to eat and things to see, by following locals?

KW: Yes. I also ask people. Once when I went to New York City, the theme for that visit was “food and art.” I started out with really great recommendations from friends even before I left. I went to the places they recommended; then I watched other people there. I would try to spot the locals who were excited to be there and ask them what other places they couldn’t live without. They would give me tip after tip. Then I did the same thing at the next place and the next place. I found restaurants this way that are the only places I will eat in New York City now.

SA: How do you keep track of your memories while traveling?

KW: I take journals, but I haven’t used them much lately. At first, I used to get all the little

souvenirs that are cliché and obvious for every location. Then I found that I had a gigantic plastic box full of crap. So then I started collecting little seedpods. I like the shape and the color. They’re all nice and neat and displayed in a printer’s drawer that I have in my home. It gets a lot of comments from people. I’ve slowed down on that because now the drawer is full. So now I’ve started to do “three a day” photos on Facebook. I take a lot of pictures every day; then I edit them down to just three because editing is half the battle when you’re an artist. That is a nice way to communicate with friends and family, and now I have those permanent memories posted there.

SA: I love that idea. What do you leave at home when you travel?

KW: Emotional attachments to people. That way you can focus. When you miss them, then you’re sad and you’re not focused on your job.

SA: What do you never leave home without when you travel?

A view of the North Bank from Thames Path