“Today I Run for Something More”: Training for a Marathon in Ireland 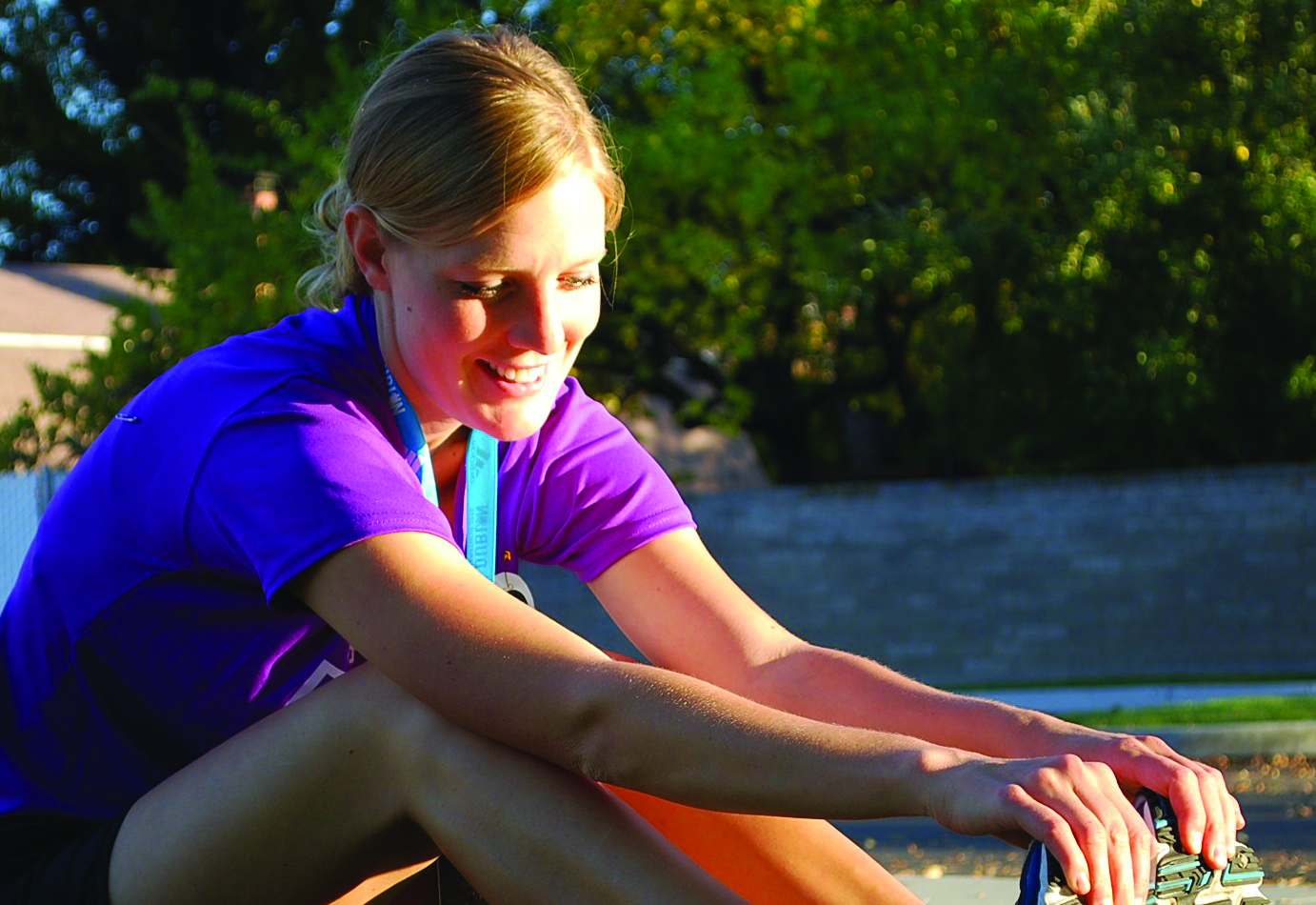 Kristin Hatch stretching for the marathon

Kristin Hatch, like many others, has always wanted to run a marathon. It has been part of her bucket list since she returned from serving a mission for The Church of Jesus Christ of Latter-day Saints in 2008. She wanted the chance to prove to herself that she could aim high, persevere, and see it through—a chance to prove that she wouldn’t give up. So you can imagine the shock when her doctor told her she couldn’t run because of arthritis in her knee. Yet, true to her character, she did it anyway.

On October 21, 2010, Kristin journeyed to Ireland to run a life-changing race. She ran the “friendly” Adidas Dublin Marathon, a race that requires each participant to run for something more. Ten thousand runners from around the world raced for different causes, charity groups, and non-profit organizations.

Kristin ran with Team in Training, a unique organization that trains people to fundraise and compete to beat cancer. Each member of her local chapter, the Desert Mountain States, raised a minimum of $4800 for the Leukemia and Lymphoma Society. They were also encouraged to run on behalf of someone who has or has had cancer.

Seth is now using his contagious perspective on life as he serves a mission for the Church of Jesus Christ of Latter-Day Saints.

Kristin chose to run for her co-worker, 19-year-old Seth Cannon Spencer. She says, “Because of him, my life has changed. His perspective on life is contagious. He is contagiously happy.” Just before leaving for the race, she asked him if there was anything he wanted her to think about when she hit “runner’s walls” or when the race got tough. He shared that when he had cancer he would think “OK, what am I supposed to learn from this?” And then he would try to learn it as quickly as possible. So while Kristin was running, she thought about what she was supposed to learn from her and Seth’s experience. She thought of him and of the difficult race he has had to run.

Seth was first diagnosed with leukemia in February 2006. After his diagnosis, he went through eight grueling months of chemotherapy before his cancer went into remission. In December 2007, he had three subsequent months of chemotherapy and a bone marrow transplant. But after the transplant, the marrow started to attack his body, a painful phenomenon called Graft versus Host disorder.

He is also extremely grateful for Kristin and adds, “I hope that the effort she is going through will help to make an impact in the lives of others who have a situation similar to mine. I know cancer is not a fun experience, and I feel honored that Kristin is willing to make an effort to help others who have a similar situation.”

Training for the marathon was not easy. Like most college students, Kristin was going to school, working, and going on dates. There were days she wanted to give up; she says, “I would wake up in the morning and think that today I don’t really feel like running, and then I would think about how Seth wakes up and says, ‘Today I don’t feel like having cancer.’ Seth doesn’t have that option.”

The race itself wasn’t easy either, but it was her favorite part. Throngs of cheering people from all around the world lined most of the 26.2 miles. They yelled and encouraged as each runner passed. Kristin carried not only her own name on her jersey, but Seth’s as well. As she passed, people she had never met would yell “Go Kristin! Go Seth! You can do this!”

Picturesque park just outside of Dublin.

The sense of accomplishment, ability, and support was amazing. Kristin reports, “I learned about human nature and about those willing to give to help, to open their hearts in a tough situation. I didn’t realize my support system was so huge.” This is a journey Kristin will look back on during tough moments in life. “I can look back now and see what I’ve done and know I can do it. Or at least I’ll know who to turn to. It’s not all about me. Caring for other people gets you through so many other things and takes you to a much greater height.”

To find out more about Team in Training or to become involved, visit their website at  www.teamintraining.org