Tales from the Trip 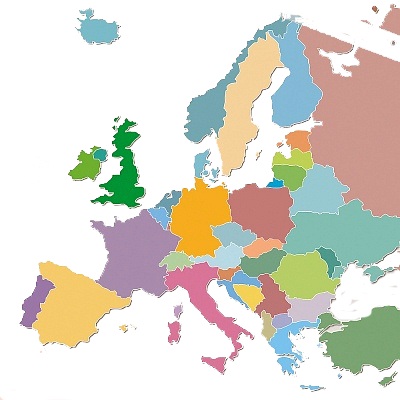 Stowaway’s readers know that when travelers go out their front doors to dream, explore, and discover, they’re not doing it in Disney World—they’re in the real world. Here are some stories of those (mis)adventures.

Armed with a Water Bottle

While in Ghana, my brother, Mom, and I decided to go to a bead factory and took a public transport called a tro-tro (basically a van stuffed full with as many people as possible). When we finished our tour of the factory, the co-owner helped us find another tro-tro. But a couple hours later, we ended up in the worst traffic I’ve seen in my life! Not a single car could get by. The only other people in the van spoke little English, and they soon jumped out. Not wanting to be stranded, I asked where they were going. “Come! We go. Come,” was the only response I got. So we jumped out of the tro-tro, weaving through cars and people, trying to keep up with these Ghanaians. Men in the crowd were grabbing and jeering at my mother and me. I turned and found my brother trying to whack people’s hands away from his pockets and backpack. I ran back, ready to swing my water bottle, but the people scattered. Luckily, we caught up with the kind Ghanaians from our tro-tro, and they found a taxi for us. I have never been so happy and relieved to get into a taxi in my entire life. —Katie Haskin

A Threat to Security

I had flown to England to spend the summer with my brother and was planning on working a part-time job with his friend. When I went through customs, I was asked how long I was staying. I replied three months. The customs lady looked at me suspiciously and said, “What are you doing here?” “Visiting my brother,” I said. “For three months?” she shot back with a look that showed zero confidence in what I was saying. “Well . . . my brother has a part-time job set up for me,” I cautiously said back. I was then pegged with a million rapid-fire questions that revealed I did not have a work visa and was not “just visiting” my brother. After six hours of having my bags searched and confiscated, being interrogated, fingerprinted, and placed in a holding room, I was informed by Britain’s security that they were using my return ticket to send me home that day. Not only was I not going to see my brother, I was going to have to brave two trans-Atlantic flights in 24 hours. After having a good cry for a few minutes, I saw my situation for what it was. What 22-year-old American girl gets deported from England?! At that point, I literally started laughing. That story has become one of my favorites to tell. What could have been a disaster of a situation, and in a lot of ways it was, ended up being one of the coolest experiences of my life. —Gretchen Schwartz

Taking a Leap in the Dark

A group of six other girls and I were on our way back from Austria to our host university. We decided to stop overnight in Lisieux, France, to see the beatification of Louis and Zelie Martin. Lisieux is a little town, and there aren’t many places to stay, so of course, a group of random pilgrims showing up at the last minute looking for lodging wasn’t going to find a place to stay anywhere. We wandered the streets in the dark. After literally hours of this, unsure and cold, we walked back to the train station thinking that maybe we could just spend the night there. The train station was locked, but there we met up with three other friends who were also hoping to secure lodging for the night. One girl had sat next to a French priest on the train, and since her French is impeccable, she had fallen into conversation with him. He must have been moved by our stranded situation, because he called up his friend who lived in a big country house about 20 minutes outside of Lisieux and asked him if he could spare any room for us. Not only did the man respond kindly to the inquiry, but he came and picked us all up from the station. He even had eleven beds. There were eleven of us. Amazing, right? We tried to pay him, but he wouldn’t accept. We spent the night in that lovely house, warm and snug in real beds. Then he drove us back into town to the basilica for the beatification the next morning. It was such a defining experience for me, teaching me so much about trust and the kindness of strangers! —Kelsey Newman