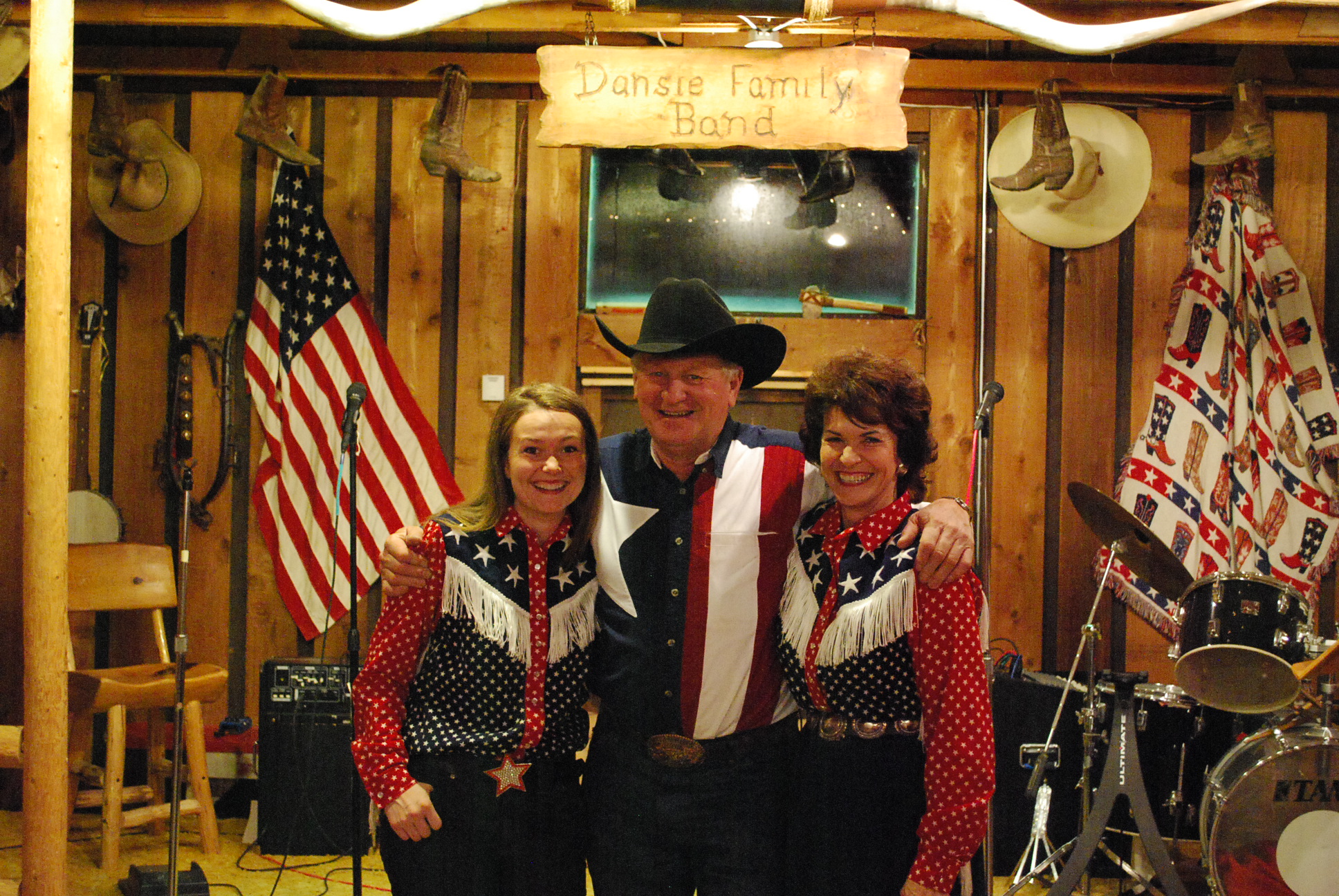 Experiencing American heritage in boots and a cowboy hat

One hundred college students cram into an old-fashioned barn. They are dressed in what they think is “typical” cowboy attire: belt buckles, cowboy hats, plaid shirts, and, of course, cowboy boots. They whoop and holler as they fly across the dance floor, doing polkas, waltzes, and even the Virginia reel.

It’s not a typical activity for two college sororities (and their dates, of course). But their enthusiasm while dancing and their disappointment once the dance is over is enough to convince anyone that there is nothing else they would rather be doing on a Friday night.

Meet the Dansies. They are the family behind the magic of that barn dance. At first glance they seem like the average American family. Brent was a contractor. Alyce was a dancer. They met in college at a country dance, and it was love. However, instead of playing sports or watching movies as a family, the family puts on barn dances. The Dancies are not exactly average—but they are American through and through.

When the Dansies were first married they gave horseback riding and dance lessons. After a stint in New Zealand, they came back to the United States and decided to put on barn dances. Brent started building the barn before he even built their house. Alyce learned how to call out the steps for the dances, and they were set.

Starting out, they hosted dances only on weekends, giving free admission to anyone who donated old cowboy boots. These boots now dangle from the rafters all along the ceiling, adding a rustic country décor to the barn. As their business grew, they started to host dances for weddings, company parties, and family reunions, giving people a chance to taste the Old American West.

At least a dozen saddles line the barn entryway and the stage, all courtesy of their oldest son, Zane, a champion cattle roper who won each saddle in competition. Rodeo is a big part of the lives of the rest of the Dansie family too, and they demonstrate their lasso-roping skills in floorshows during each dance. They also teach participants how to do dances like the Snowball and the Virginia reel, a dance that was popular in nineteenth-century America and is typical in American square dances. The Dansies capture the essence of the American West with their rodeo demonstrations, the dances they teach throughout the evening, and the music provided solely by their family.

The Dansies put on these shows not only because it’s a good business for them; they also do it because it keeps them together as a family and because they believe in sharing the culture of the Old West. “Every young man should have a cowboy hat,” says Alyce. “That is America.”

For this barn-dancing, rodeo-competing family, it is about giving each participant a taste of our American heritage.