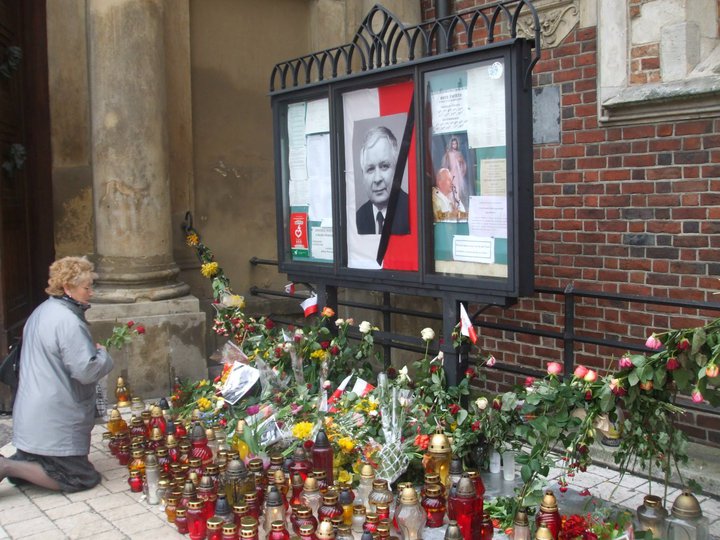 Lyndsay Steinmetz has studied at Oxford, been in Rome during Holy Week, and taken a 33-hour bus ride from Warsaw, Poland, to London, England. No, the bus ride was not on her bucket list. It wasn’t the cheapest way to travel either. That bus ride could only be described as Lyndsay’s desperate attempt to find a paddle upstream—while fleeing from a volcano.

In April 2009, Lyndsay and a friend were just finishing a six-week backpacking trip across Europe between trimesters at Oxford. It seemed like the perfect opportunity for a pair of American exchange students. But when they arrived at their final destination of Krakow, Poland, they saw a strange scene: people were spilling into the streets or glued to their televisions. After watching the clips themselves on an outdoor TV, they realized that the Polish president and much of his staff had died in a plane accident. Not the most auspicious time for a traveler to arrive.

It got worse, though. As Lyndsay was checking her email, she found out through a fellow American that a volcano had erupted in Iceland, more than 1,800 miles away. And fearing that the volcanic ash would interfere with a plane’s engine, Europe had declared all flights grounded for one week. Her friend was stuck in France, which meant that Lyndsay was stuck too.

Anyone could imagine the stress of such a situation. Lyndsay recalls with a wry smile, “Maybe it was the weather, or the fact that we were stranded, or that the president had just died—or that we were visiting Auschwitz. But it was a very sobering trip.” Not only that, neither she nor her friend had the money to stay an additional week. In a moment of both desperation and inspiration, Lyndsay found Plan B in the form of a bussing company.

After figuring out how to change the website to English (“It took me about 45 minutes,” Lyndsay laughs), the backpackers learned more about the potential transportation. A bus would take them from Warsaw to London in 33 hours. They were surprised to learn that many of the bus’s customers were Polish emigrants who “commuted” to London for work regularly. While not sure they wanted to make the trip even once, Lindsay and her friend knew it was an opportunity that they couldn’t afford to miss.

Getting to Warsaw from Krakow was an adventure in itself, Lyndsay explains, including V.I.P. delays, communication issues with locals, and the forging of train passes that had expired two days before. Once the pair arrived in Warsaw, they had to wrestle against the masses of people awaiting the burial of the deceased president to get to the bus station, which was what Lyndsay imagined Ellis Island to be like. “There were hundreds of people crowded on one platform with their kids and belongings, waving their tickets in the air,” Lyndsay explains.

Pictured here: the bus that carried Lyndsay and her friend to England

Lyndsay and her friend got on an antiquated bus with broken seats, no AC, and a bus driver who liked to off-road—literally—to avoid traffic. One of the best moments of the trip, Lyndsay says, was driving through a meadow where someone was tilling the land. “I would have given anything to have his perspective and see this massive bus drive out of the woods,” she says. They did return to a real road eventually and arrived at the coast of France. After taking a ferry to Dover, the bus dropped Lyndsay and her friend off in London, where they took another bus to Oxford. “I lived about four minutes walking distance from the bus stop,” Lyndsay says. “But after being awake for 39 hours straight, that four-minute walk to my dorm felt like an hour.”

Was it just a terrible, horrible, no good, very bad experience? Parts of it, yes. But Lyndsay now sees it both as a gem of a story and a valuable lesson. “Even though we had traveled extensively, we had always been tourists,” she says. “But being on that bus was a full-immersion experience. We were the only Americans, and only one other person spoke a little English. I thought a lot about the people who make that trip all the time. It was definitely a growing experience.”

But she still quips: “I’d like to point out that while Europe’s airspace was closed, Iceland’s airports remained open.”