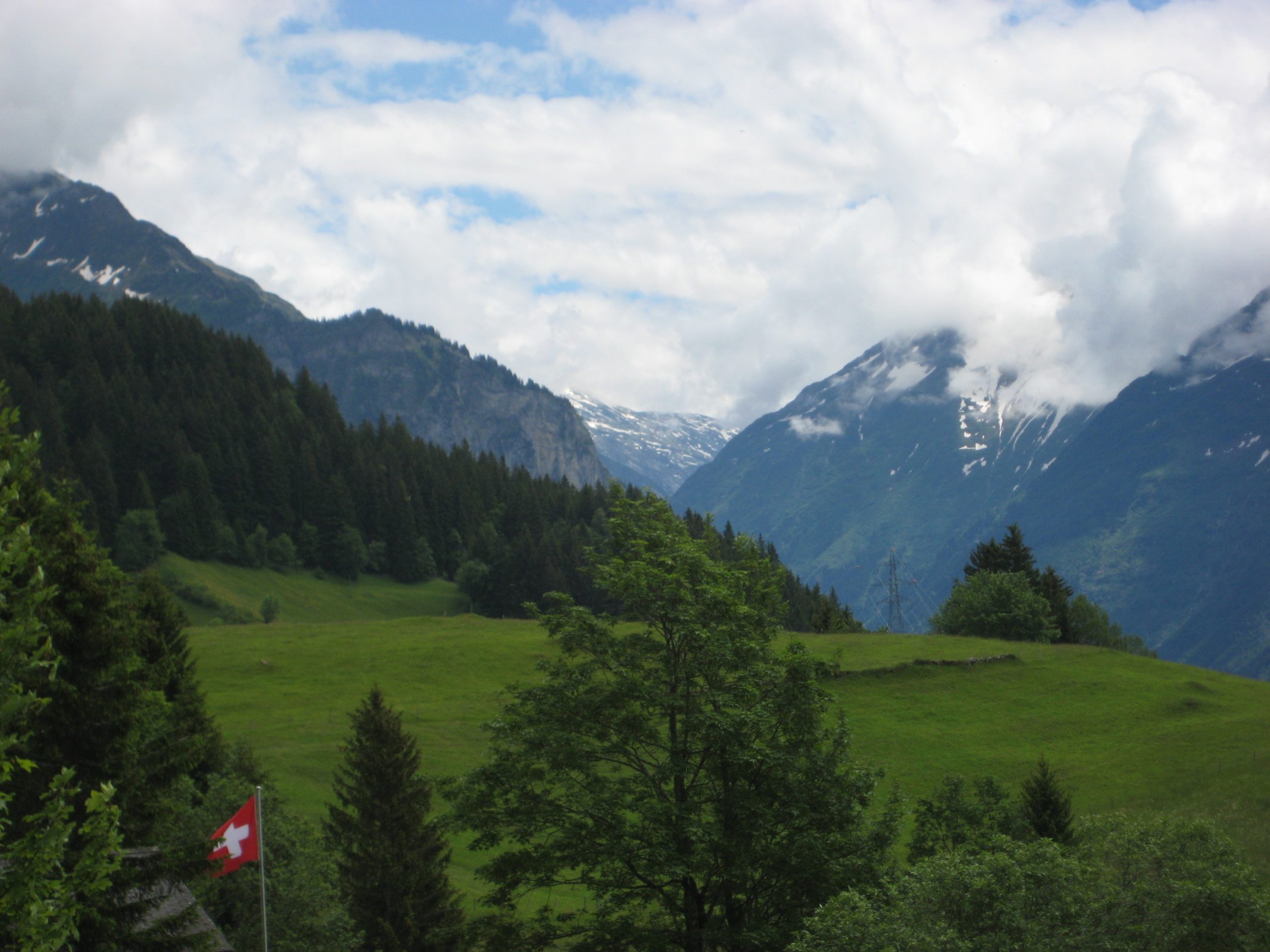 A couple of summers ago, I took a ten-day trip to Europe with my best friend, Jess Ward. We went to Paris, Berlin, and London. We looked at paintings by Monet, walked along the Berlin Wall, and traversed our way through London’s subway system. But it turned out that some of the best days we had in Europe were on our two-day stopover in a remote village in Switzerland, one that we had learned about through my family friend who had talked about the place for years. And so off we went.

We arrived in Innertkirchen, a small city in the middle of Switzerland, after spending six days in London and Paris. The only directions we had to the little house where we would stay were to go across the railroad tracks, turn right at the first street, and then go past a cemetery to the white cottage across a field. I’ll admit, it took us a bit by surprise how small the town was. When we arrived at 6 p.m., all the shops looked closed and there was not a person in sight. The street we walked on was more like a path. And the cemetery was smaller than my parents’ backyard, though it did have the most beautifully engraved wooden crosses I had ever seen, and there were flowers blooming in front of each gravestone. The house lay across an expansive field with the greenest grass standing at least knee-deep. German-style houses dotted the mountaintop just above our own little cottage, and tall evergreen trees could be seen in every direction.

I remember thinking how different this place felt compared to the skyscraper-packed cities and people-filled parks we had just come from. It seemed like Jess and I were experiencing real life and not just hopping from one tourist site to another. In fact, unlike in the other cities where we had stopped, we really had no plans of what exactly we wanted to see in Innertkirchen. But of course, our first trip had to be up those luscious, green mountains that pictures really hadn’t done justice. So the next day we started walking toward them to see what we would find.

Jess and I found a park tucked away on a path with a swing hooked onto what appeared to be a small zip line. We tried the swing out a few times and watched a mother push her two-year-old son on it while chatting with him in German. We walked farther and saw a waterfall that began about midway up the mountain and fell gracefully down a curvy, rocky path. We also found a drinking fountain; I was a little skeptical of it at first since it looked like the water came straight from the Alps. We hadn’t been able to get any free water since arriving in Europe, so after watching a few locals drink from it, we decided it was safe enough. Wow, was it cold and refreshing! Then we found the things that would take us to the top of these spacious mountains and show us how this trip had all been worth it: bright red gondolas.

When we got above the treetops, we could see a valley with a brilliant turquoise lake, the layout of the small towns underneath us, and paragliders teetering just above our heads. Even the sky seemed bluer from up there. To say it was picturesque is definitely an understatement. When we got to the top, we wandered around the trails. We saw and heard bells ringing around the necks of bleating sheep, making me want to sing a song from the Sound of Music. (Actually, Jess and I did belt out “the hills are alive” when no one was around.)

We breathed in the cool, fresh mountain air and got lost looking at the blueness of the sky and the white, puffy clouds perched over the endless green mountains. The stark beauty of the mountains, lake, and sky were surreal. And up there, zig-zagging through the trails and sometimes off the trails, we saw something we would never had been able to see in a big city. We saw the country for what it was on our own without a map or a group of people or a tour guide. We were so glad we had decided to go to a place we had not heard much about and experience something we will never forget. We would have never been able to get lost in the beautiful green Alps, see a lake whose turquoise color looked unreal, or hear Swiss farmers call to their bleating sheep had we not stepped off the beaten path.

Before you discount the small towns on your next trip to China, Canada, or even Colorado, think again. The trip to a small town may be the best time you have on your journey.